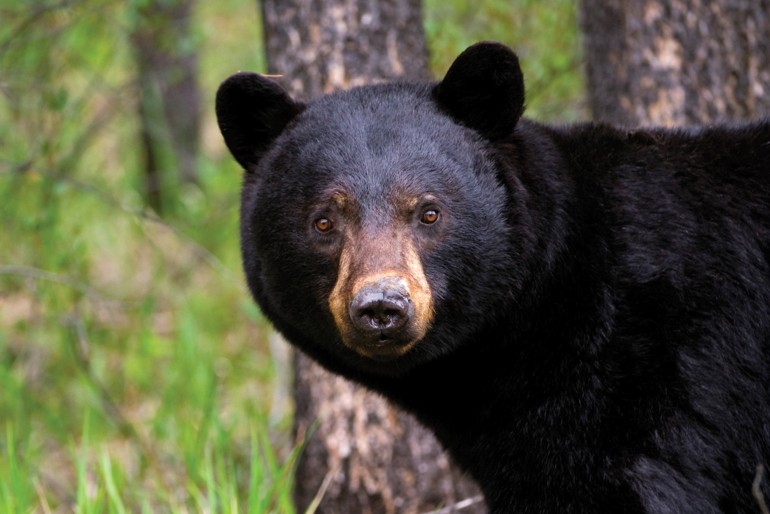 For most of my life, I’d navigated game dinners without loading up on bear. I’d just preferred steaks and roasts from herbivores, and that definitely excluded bear, be it black, brown, white, big or small. This time, though, I was cornered. Across the festive table from me, our host was deep into recounting his bowhunt stalk of a big black bear. On my right sat the hostess, who had roasted the haunch of that very bruin using a recipe she’d fine-tuned over the years. More than once, she glanced askance at my plate and the untouched slices of her lovingly prepared roast.

Realizing there was no way out, I speared a small piece and mustered what courage I could. What was the big deal, anyway, I thought. Others have eaten bear and survived. Besides, the aroma was mouth-watering. So I tried a piece, then another and another, expecting my hosts to burst out laughing and admit that it wasn’t bear after all. But it was bear, and it was good. Really good. In an instant, I was a convert.

If you are squeamish about eating black bear, as I once was, trust me when I say the meat is delicious—if you handle and prepare it properly. Here’s what you should know.

Spring vs. Fall: So, what does black bear taste like? It’s similar to venison, only sweeter. And like venison, it’s a deeper red than beef, with a texture rather like pork, though coarse-grained. A younger bear is more tender and mild-tasting than a battle-scarred boar, but big or small, a bear fresh out of hibernation is more tender than a fall bear that’s been on the move throughout the summer.

The flavour of spring bear meat also tends to be rather mild since, with some exceptions, it has almost no fat. Plus, spring bears feed primarily on tender young vegetation for the first six weeks after hibernating, and the small amount of carrion and prey they do consume—less than 15 per cent of their total diet—isn’t enough to taint the meat.

Come fall, however, a black bear has a layer of lard several inches thick on its back, along with balls of fat deposits in the body cavity, adding 60 per cent to its weight. Trim off as much ofthis fat as possible; there will still be plenty marbled throughout the tissue to flavour a roast or steak. The bear’s fall diet also has a huge effect on the taste of the meat. If it’s been gorging on blueberries, sweet corn in farm country or mast in the hardwoods, it will have a strong but pleasant flavour. On the other hand, a bear that’s been scarfing down fish—alive or dead—reeks worse than low tide on a hot August afternoon.

Meat Management: Even what could be the most tender, savoury bear meat will be rank and tough unless it’s handled properly after the kill. Step one is to quickly cool it down by field dressing the animal, removing the pelt and getting it into a walk-in cooler or on ice pronto. Bear fat spoils quickly, giving the meat an unpleasant rancid flavour. For this reason, bear quarters should not be hung to age as with venison. Instead, freeze them as soon as possible, and use the meat within three months.

Butchering a bear is no easy feat, partly because you’ll likely have to do it yourself. A skinned black bear has an uncanny resemblance to a human being, which can be disturbing to the unaccustomed. And then there’s the slime. A jelly-like layer surrounding the muscle groups, this slime remains semi-liquid even when cooled. It makes butchering a bruin an unpleasant task, during which you, your tools and your entire workspace become coated with the slippery goo. If you can find a butcher who’ll process your bear, pay the price—it’s well worth it.

Health Issues: Part of my past aversion to bear meat stemmed from the thought that I might be swallowing a horde of parasitic worms with every bite. The parasites in question include Trichinella spiralis, the roundworm that gave rise to the belief that pork needed to be cooked to shoe leather, and T. murrelli, which is most often detected in wild animals, particularly bears.

At one time, pork had been the primary agent for the high incidence of trichinosis among humans, because swine were fed untreated swill containing, among other things, road kill and refuse from slaughterhouses and butcher shops. Thanks to better feeding practices, including the elimination of untreated swill, trichinosis is virtually non-existent in Canadian pork.

In the wild, however, animals eat other animals. Bears are carriers of trichinella larvae, as are cougars, foxes, coyotes, wild boar and, if you ever happen to meet any, walruses. Not that woodland vegans can’t also be carriers—moose, elk and caribou are not above nibbling away at some choice cuts of carcass for a kick of high-grade protein.

The good news is that bear meat is otherwise quite healthy for you. According to Health Canada’s Canadian Nutrient File, black bear meat compares favourably with venison (deer, elk, moose and caribou) with 128 calories, four grams of fat, 33 grams of protein and 98 milligrams of cholesterol per 100-gram serving, despite the apparent fattiness.

Kitchen Cues: The rule of thumb for tender, tasty black bear meat is to cook it slowly, getting it hot enough to kill any potential trichinella without making the meat tough and stringy. (See “The edible bear” for cooking tips for the various cuts.)

As for curing the meat with salt or smoke, this process does not kill the trichinella larvae. Nor does microwaving. Freezing will do the trick, provided you keep the meat at -10°F for 30 days. Home chest freezers typically run at only 0°F, however, with a bottom-end capability just shy of -10°F.

To ensure an oven roast, in particular, is tender yet safe to eat, cook it in a 325°F oven and use a digital thermometer. Insert the probe halfway through the thickest part, and when the temperature hits 150°F, remove the roast from the oven and let it sit, tented in foil, for 10 minutes. The temperature will continue to rise, hitting 160°F before it starts to drop. At that point, the meat will be safe to eat.

For a more well done bear roast, keep it in the oven until the internal temperature reaches 160°F before removing it and letting it sit, again covered, for 10 minutes. Cook the meat any more than that, however, and you may as well chew on an old leather brogue.

And given what I now know about bear meat, that would be a pity.

Check out our other articles to find out what exactly is good to eat and an easy, no-fail recipe for a black bear roast.