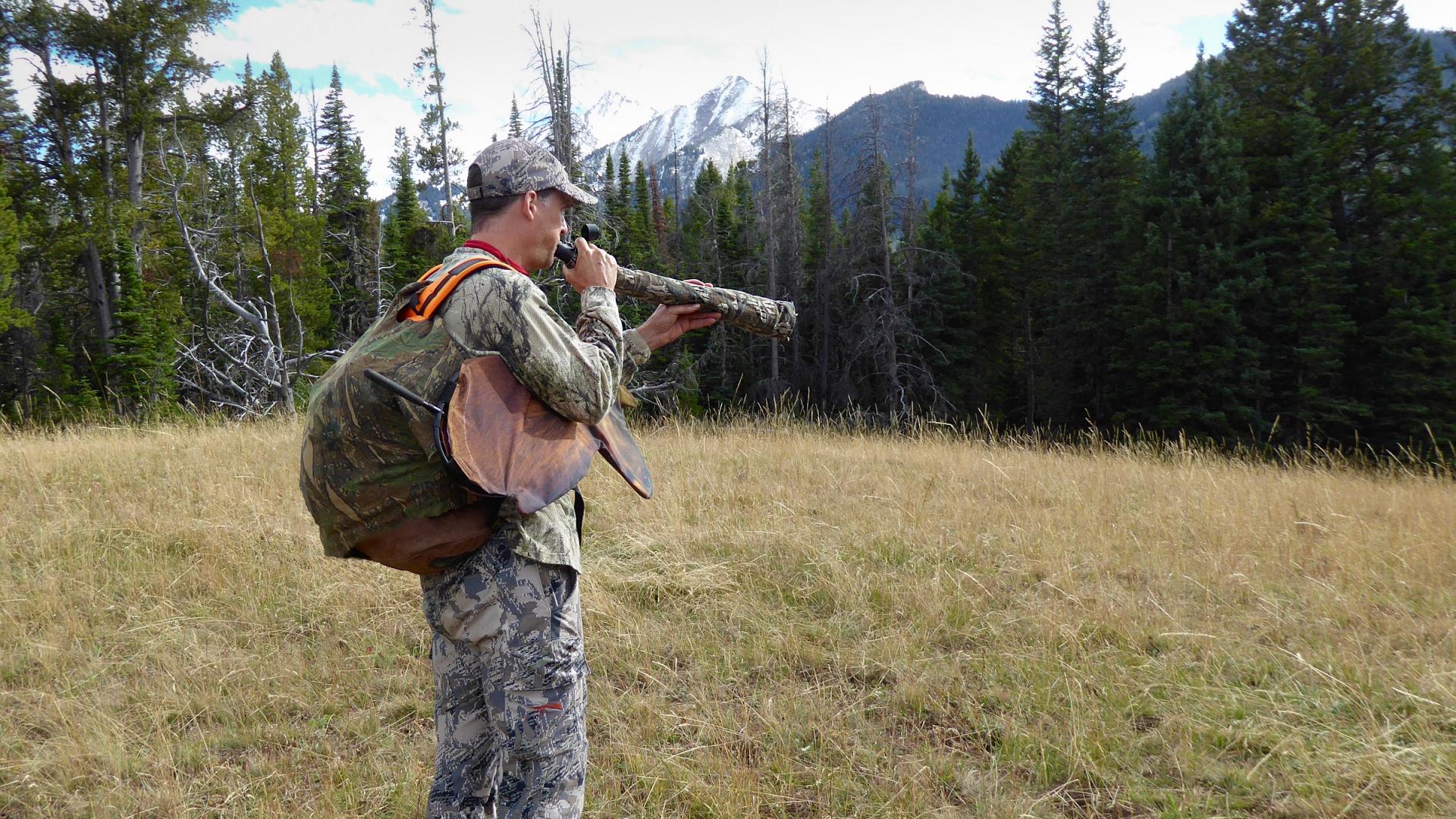 Learn to Speak the Language of Elk

How to make 4 crucial bull and cow elk calls

A normal bugle sequence starts with a roar, immediately followed by a series of notes sliding from low to high in pitch. The call increases in speed toward the highest note, which is held the longest, then released with a short, low grunt. To create a roar, make a growling rrrr sound deep in your chest. The full bugle sequence sounds like rrrr-eeee-EEEEE-uh

The chuckle is a series of panting grunts that may follow a bugle. You can also hear them on their own. Established herd bulls chuckle as a sign of dominance, and any bull that’s vying for cows will chuckle when challenging another bull.

Young bulls make shorter, higher pitched bugles than bigger bulls. To sound younger, reduce your volume and increase the bugle’s pitch by switching to a different reed or, if possible, shortening the bugle tube.

Cow elk call to their calves, other cows and bulls with a mew. Typically, it’s a calming call that puts the herd at ease. It typically starts on a high note and ends with a shorter, lower note, sounding like a meeh-ew or a whiny *eeeee-ow* lasting one to three seconds.