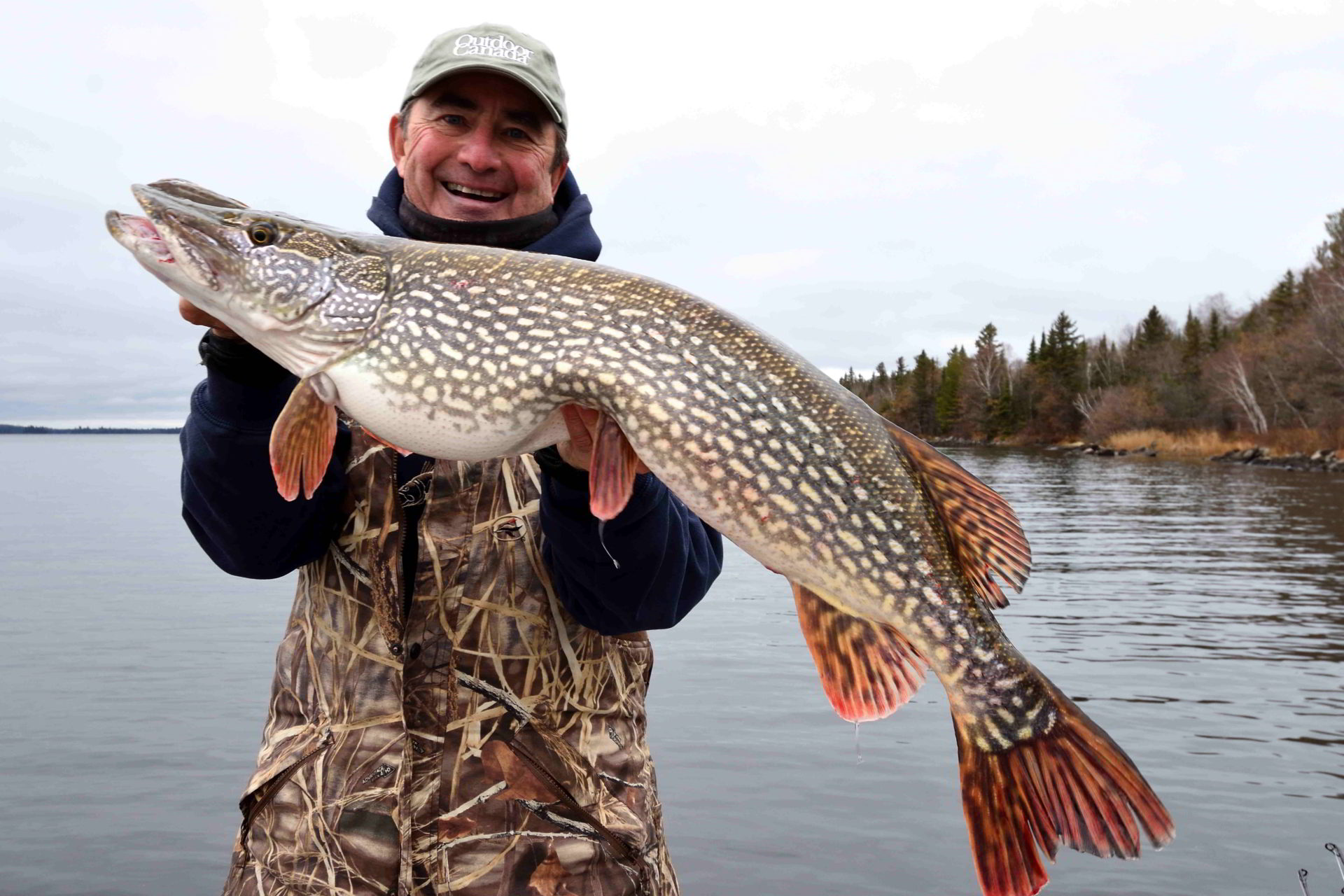 How To Catch Early Season Pike

These Ontario anglers are lighting up pike with jerkbaits 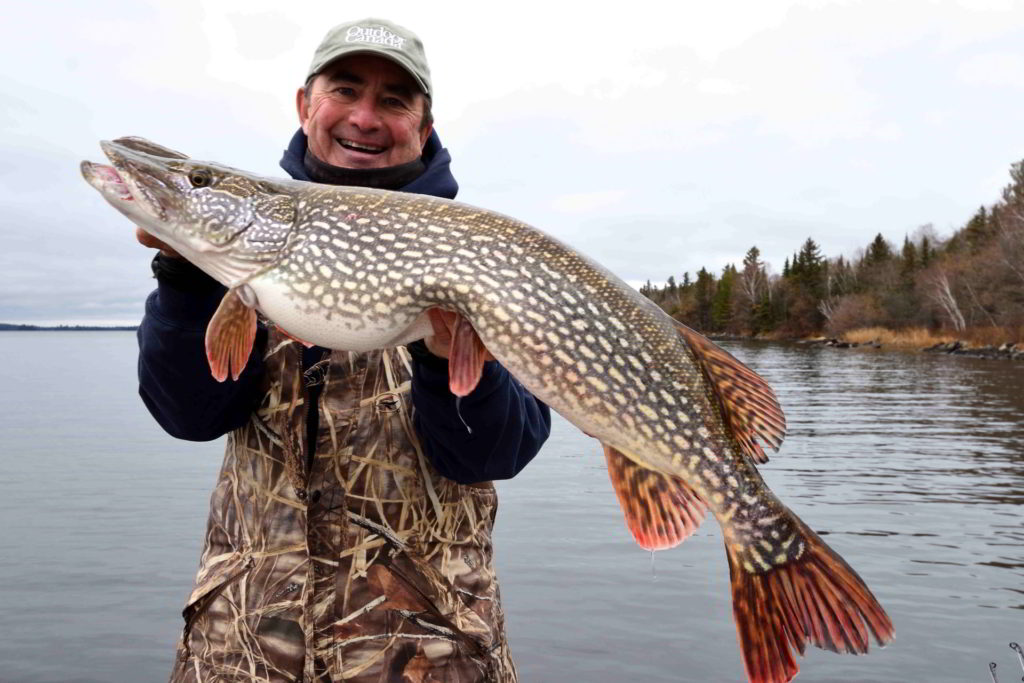 The ice is disappearing quickly from the small and medium size lakes around home, here in Northwestern Ontario, and even the big waters will soon be open. Which means one thing: some of the best bruiser pike fishing of the season.

Northern pike are among the first fish to spawn in the spring, often staging close to shore under the honeycombed ice, laying their eggs even as it is retreating. Which raised an interesting question the other day from social media friend, Jason Paquette. Jason lives in Espanola, Ontario, along the north shore of Lake Huron, where he and some friends have been enjoying fantastic pike fishing around Manitoulin Island.

But Jason noticed that: “All of the big fish we’re catching (36- to 40-inches) are skinny and I believe they’re males, while all the smaller fat fish (28 to 35 inches) appear to be females. We’ve kept a few small ones for the table and our suspicions were confirmed. I don’t understand it, I’ve been pike fishing for 30 years and have never seen this. Is it possible that the bigger females spawn first? Are we mistaken because they’re spawned out? The smaller fish are fat and the one we kept was full of eggs, leading us to believe that the others were full of eggs as well.”

What Jason has seen is, indeed, very common with freshwater fish, where the oldest and largest members of the population spawn first and earlier than the smaller, younger members. It is Nature’s way of bestowing an advantage on the bigger fish and ensuring the genetic qualities are passed on.

Smallmouth bass are perhaps the archetypical example of this trait. Large adult male bass will often arrive in a spawning area before the water temperature settles permanently above the 60˚F (15˚C) threshold that is often considered the lower level for nesting. They’ll sweep out their beds, hustle in females and give their broods a distinctive head start and survival advantage after they hatch. The younger, smaller fish then spawn later, as Jason discovered when he cleaned what he thought was a small male, that turned out to be an egg-laden female. The much bigger and “much skinnier” fish, on the other hand, that Jason suspected were males, were actually much more likely to be spawned out females that laid their eggs earlier, and were feeding and recuperating.

I should mention, too, that Jason was kind enough to mention that two lures have been accounting for the bulk of his success this spring: a Rapala Husky Jerk in Helsinki shad and silver/green colours and a Livetarget Smelt. A self-confessed jerkbait fanatic, Jason said he is also using a 7’2″ medium-power,  fast-action, Immortal Backwoods rod, matched with a Shimano Core baitcaster, spooled with 30-pound test Power Pro with a 40-pound Suffix fluorocarbon leader.  He ties a perfection loop to the end of his leader so he can attach it directly to the split ring on the jerkbait.  “I find in the spring, that pulling jerkbaits like you’d fish a Suick, rather than jerking them is much more effective,” he explains. How cool is that?

And speaking about cool, my good buddy Mike Beaudin has been laying a licking on the pike— are you ready for this—along the Lake Ontario lakeshore between Hamilton and Oshawa. Some of his best catches have been in downtown Toronto.

“Pike are in season all year in Zone 17,” says Mike, who may be the most passionate pike angler I know. So I’ve been getting up really early in the morning to beat the rush-hour traffic from Hamilton. I typically have my baits in the water around 4:30 A.M., as the sun is coming up.”

An avid pike specialist, Mike fishes from a wheelchair and has been landing some urban studs lately, as in pike up to 40 inches in length.

“My go-to lures in the spring are very similar,” Mike says.“The first is a Rapala X-Rap Magnum 30, but you have to work it properly to trigger the fish.I rip it until I feel a hard vibration, then pause and reel in the slack. If I don’t get a bite, I keep repeating the manoeuvre. The pike just hammer it. They can’t resist the noise and vibration. Plus, I can get it down deeper than anything else.

‘The other lure is from LSC and it looks the same, but doesn’t have a rattle. That can make a big difference and be the ticket on the days the pike want something more silent and finesse. So, I typically start every morning with the X-Rap and then adjust accordingly.”

It is spring, folks, so pitter patter, let’s get at ‘er!