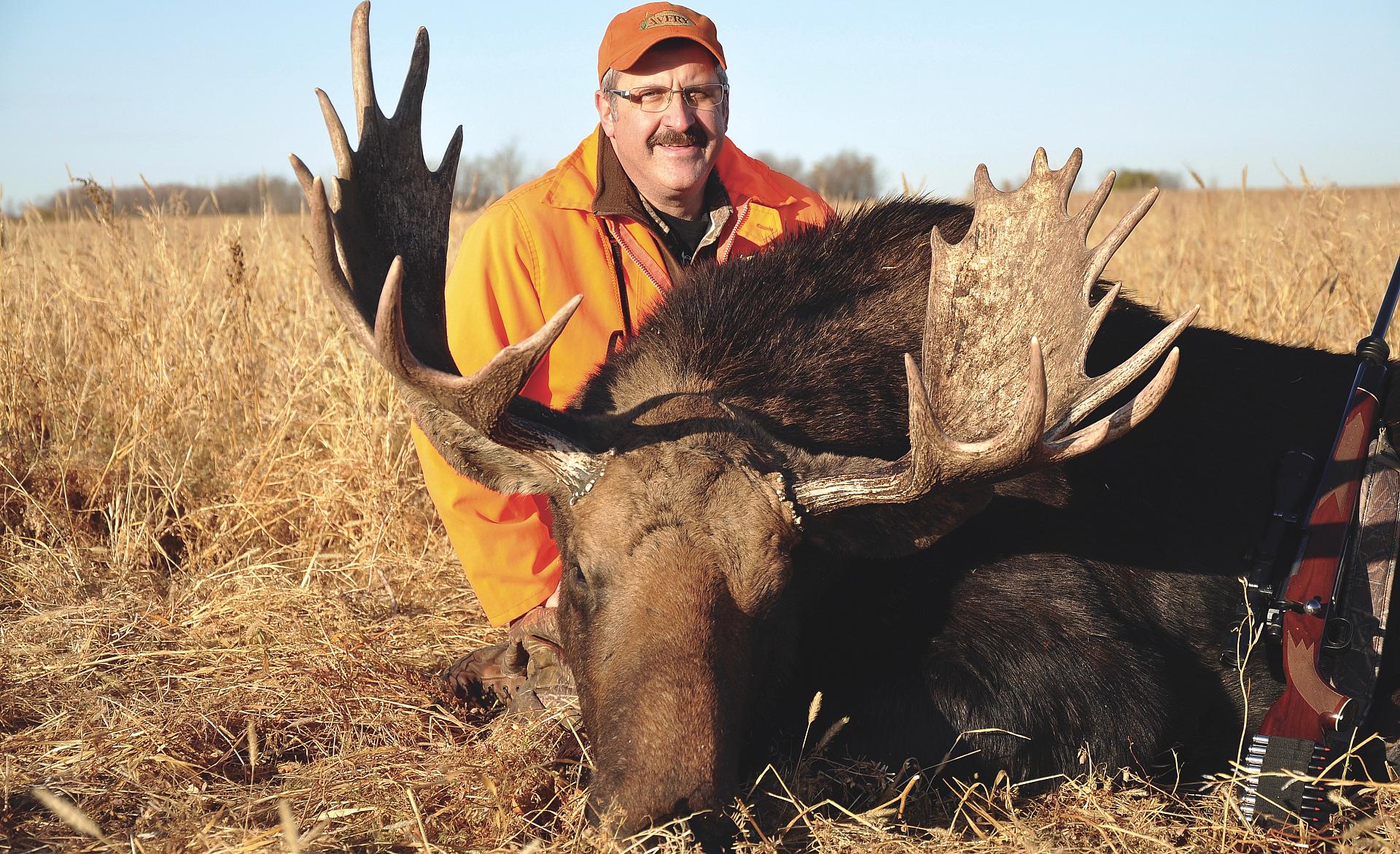 DOWN ON THE FARM

An early-season rainstorm had made most of the roads in my hunting area impassable, so I had to access the forest I wanted to hunt by walking across a series of large alfalfa fields. By morning’s end, however, it was clear the hunt was a bust, so I left the forest and headed back across the fields. That’s when I spotted a moose feeding on the alfalfa. Using some hay bales to conceal my approach, I soon harvested my first-ever farm country moose. That was almost 30 years ago, and since then, my friends and I have taken many nice moose in farmland environments (above).