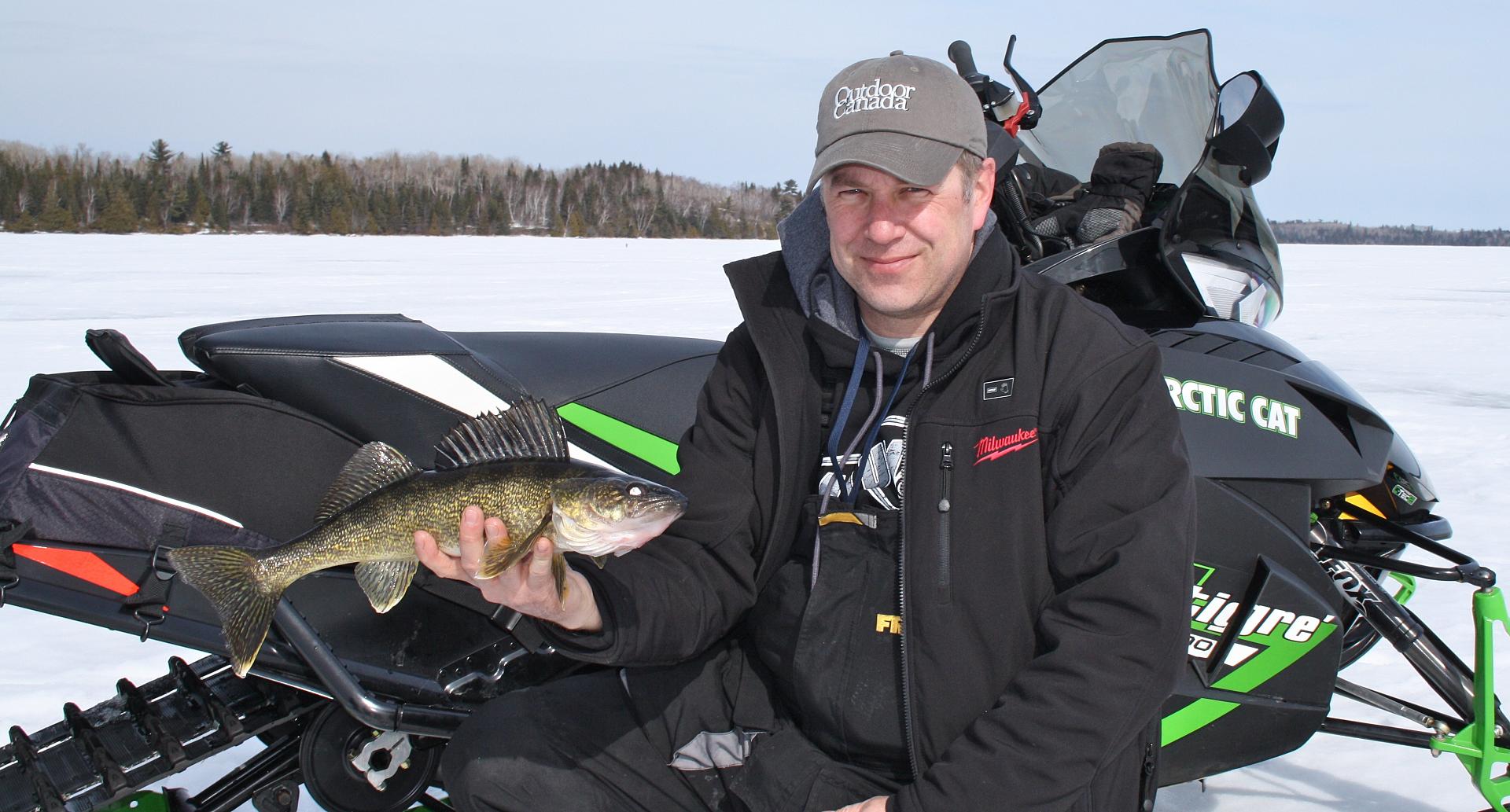 Late-season Secret: How to Target Walleye During March Madness

Last-ice promises the winter's hottest walleye action... if you hit the right spot

Having braved months of cold toes, frozen fingers and frigid temperatures, ice anglers welcome the balmy days of March. Better yet, this is the time when the hardwater walleye season reaches its frenzied finale. Make the right adjustments to your tactics now and you’ll catch the biggest—and the most—walleye of the winter. (Please be sure to check the fishing regulations and season dates for your area before heading out.)

What makes this all the more rewarding is that it follows hot on the heels of the dreaded doldrums of mid-winter. That’s when the usually brief early-morning and late-afternoon flurries of walleye activity are sandwiched between long spells of tedium. Blink some days and you’ll miss the action entirely.

But that’s not the case in March, when warm, oxygenated water flows into local lakes via creeks and streams or as meltwater eating its way through the honeycombed ice. Combined with lengthening periods of daylight, this quickens the walleye’s metabolism, shifting them into overdrive. The fish eat more heartily now to top up their tanks, recouping their winter energy loss and preparing for the impending spawn.

Anglers can take advantage of this by focusing on the safest ice adjacent to the mouths of inflowing creeks, streams and rivers. Other good bets are secure floes close to constricted areas, where rising water levels create natural currents and open water (between two islands, or an island and a mainland point, for example).

There are several high-percentage spots to set up shop in these areas. One of the best, because it’s usually overlooked, is where the rock, gravel or boulder bottom coming out from shore merges with the soft mud, sand or clay of the main-lake basin. In most cases, you won’t discern an appreciable change in depth, just a change in bottom composition. Indeed, you’ll have to watch your sonar closely to see where the strong signal rebounding from the rocks suddenly weakens as it soaks into the mud. Find this transition, though, and you’ll find the fish. 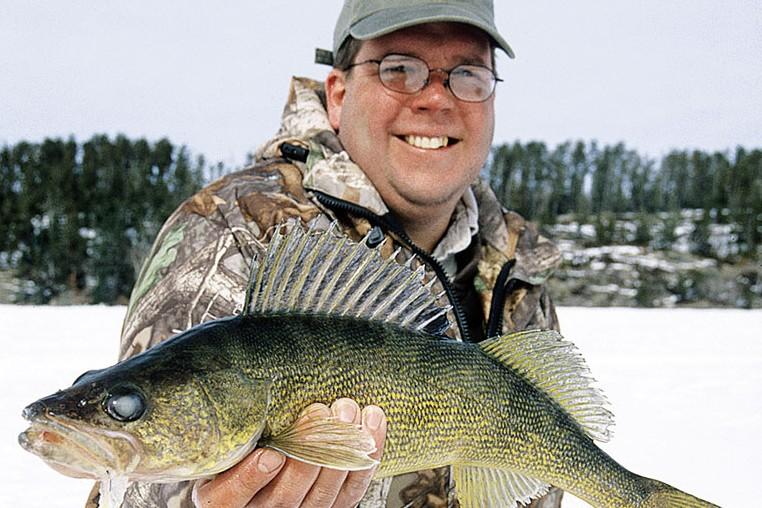 Two other locations, which are easier to find, are where the bottom breaks sharply into deeper water and where it flattens out again at the base of the drop. In other words, the top and bottom of structure breaks. But remember, the best spring walleye slopes are rarely precipitous-think of the novice run at the ski hill rather than the Olympic course.

The best breaks, in fact, are pitched at a moderate angle. And they’re a cinch to find. On your sonar screen, just watch your lure plummet toward bottom. It will actually continue falling after the unit tells you it’s lying on the bottom. What happens is that the lure gets lost in a blind spot created when the transducer cone reads the shallowest depth on the slope.

One final note on hitting the slopes: the top and bottom edges are the sweet spots over which to camp, not the slope itself. In fact, the farther your holes are from these edges, the fewer walleye you’ll catch.

Once you’re on the right spot, the catching part is easy. You can even forget the fuss and expense of live bait. Trust me, you don’t need minnows. That said, a few frozen minnow heads left over from mid-winter walleye trips often come in handy for tipping spoons such as the Blue Fox Tingler, Lindy Little Joe Rattl’r and the smallest Williams Ice spoons.

And while you can simply slip a hook point through the lips of a minnow head and let it dangle, here’s a much more effective way to rig it: simply remove the treblehook from the lure’s O-ring, run the eye of the hook through the centre of the minnow’s head and out its mouth, then reattach the treble to the spoon. There’s not a walleye in the country that can yank it off without getting caught.

You can also tip Jigging Raps and Jigging Shad Raps with frozen minnow heads (below). With both spoons and Raps, though, the key is to not move them aggressively. Hop them up a foot, let them freefall, then pause while you monitor your sonar for fish activity. When you think it’s time to hop the lure again, wait a bit longer. You might even jiggle it lightly and pause. Whatever the case, you won’t wait long—the March walleye action is just too fast and furious.