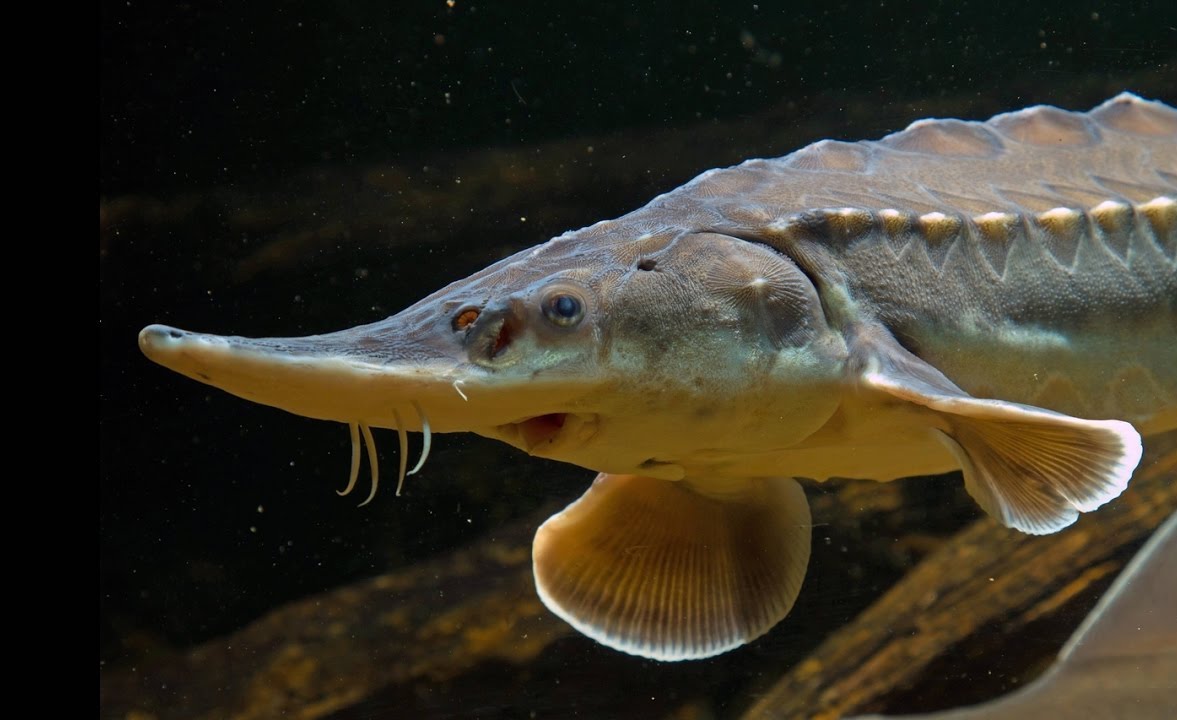 B.C.’s longest river flows almost 1,400 kilometres, from the Rocky Mountains into the Strait of Georgia at Richmond. Along the way, it’s home to many gamefish, though probably none more spectacular than our largest freshwater dweller: the white sturgeon, which can grow to hundreds of pounds. The Fraser’s tribs also attract copious chum in the fall, and urbanites can catch coarse fish, such as northern pikeminnow, all summer at the mouth, as well as fall salmon and winter bull trout.

As home to North America’s largest species of freshwater fish, how could the mighty Fraser River not be one of Canada’s top angler destinations? Here you’ll find the true behemoths of the deep: the white sturgeon. And while the Fraser runs deep and muddy, five species of salmon also swim the turbid waters during their annual spawning runs.

Although the all-tackle world record for white sturgeon is a respectable 468 pounds, reports abound of even bigger fish on the Fraser. And these are much more than mere fish tales. For example, an 11-foot three-inch sturgeon—estimated to have weighed more than 750 pounds—was caught, tagged and released through the Fraser River Sturgeon Conservation Society’s monitoring program. Even still, regulars on the river contend that fish isn’t even close to as big as they can get, with some specimens topping 1,000 pounds and 12 feet in length.

While I’ve had some great days on the Fraser, I’ve yet to crack the 300-pound mark. Mind you, there’s nothing too shabby about catching fish that are longer than you are tall. Add to that the propensity for these fish to rocket skyward and tail walk across the water with enough finesse to put a steelhead to shame, and you have the recipe for one of Canada’s best fisheries.

Why We Chose It: In 2010, White sturgeon; Good numbers of fish in the four- to six-foot range, with the chance of a 10-footer.

When to Fish: October is best for numbers of big fish.

Where to Fish: There’s good action from Mission to the mouth of Harrison Lake, but hot spots change sporadically; a local guide is advised.

Tip: Anchor in eight to 80 feet of water in areas with strong current, and fish a 5/0 to 9/0 circle hook tipped with salmon roe; weights range from two to 20 ounces.

Why We Chose It: Coastal cutthroat trout; Beautiful fish and scenery

When to Fish: February through early April promises the best action.

Where to Fish: Focus on backwaters and side channels.

Why We Chose It: In 2008, Chum ; Great numbers, beautiful scenery and little pressure

When to Fish: September through November, with less competition later in the season.

Where to Fish: Current breaks and the inlets of tributaries.

Tip: Use a brightly coloured jig fly under a float.

Why We Chose It: Sturgeon; Good numbers of big fish, and great guides

When to Fish: October through November for the biggest fish.

Where to Fish: The head and tail ends of deep holes.