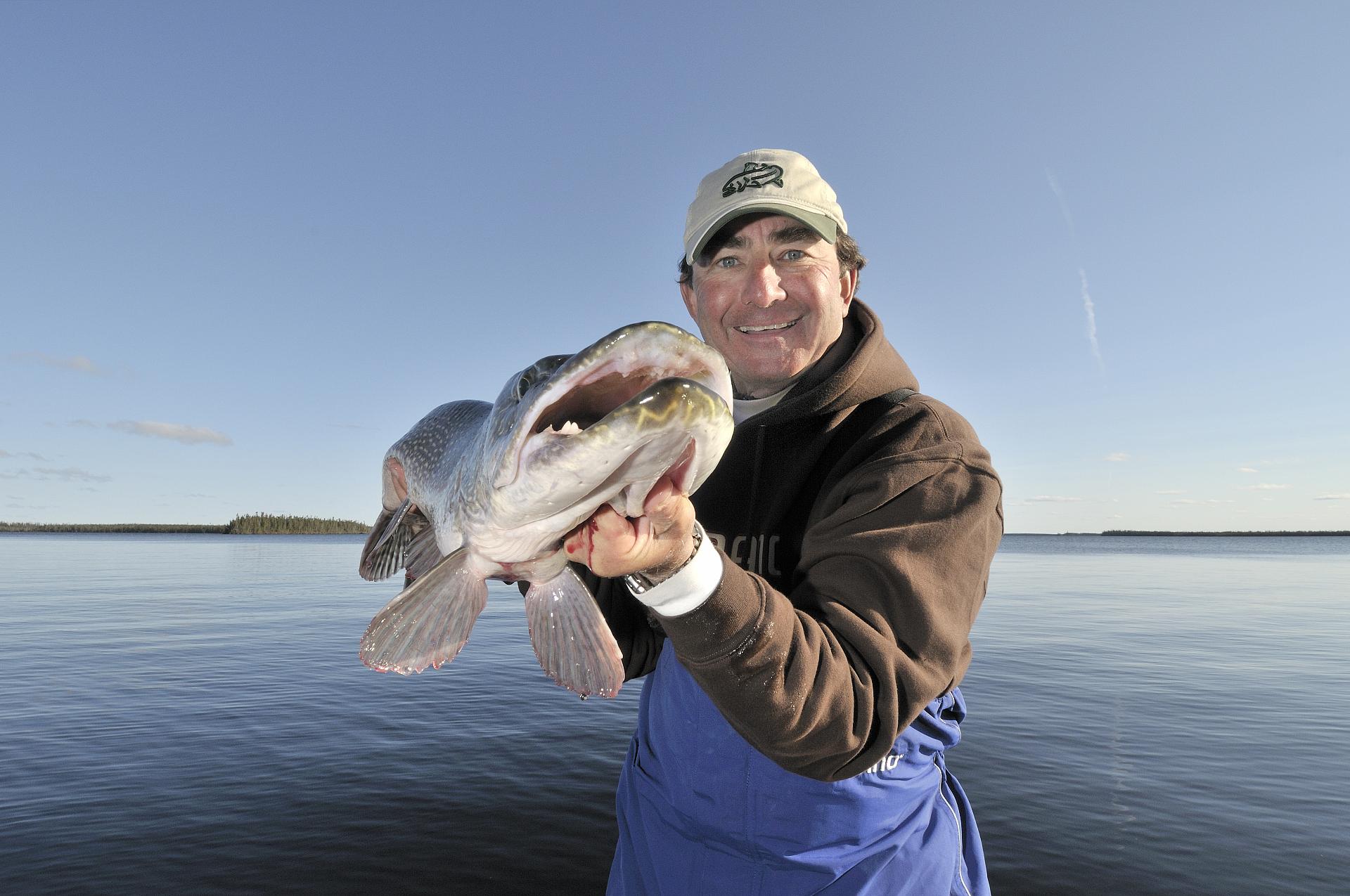 Outdoor Canada’s long-time fishing editor Gord Pyzer has been named to the 2015 list of inductees into the Fresh Water Fishing Hall of Fame. Pyzer is among 16 other individuals, and one organization, who are being honoured “for outstanding achievements in fishing accomplishments regarding career success, and innovation in competition, invention, science, education, conservation, communications, technology or other areas related to fresh water sportfishing.”

Located in Hayward, Wisconsin, the Hall of Fame bills itself as the international headquarters for education, recognition and promotion of freshwater sportfishing. Since 1980, it has been recognizing individuals and organizations for their lasting national or world impact to the benefit of freshwater sportfishing. The only other Canadians in this year’s class of inductees are former TV fishing show host and steelhead advocate Darryl Choronzey, and muskie guide Mike Lazarus.

“We look at between 50 and 100 backgrounds in any given year and select about 10-15 inductees,” says Emmett Brown, FFHOF’s executive director and program administrator. “Once Gord was nominated, I can tell you this, he was voted in in the first round of balloting.”

In response to the announcement, Pyzer is characteristically modest.

“I am hugely humbled and honoured,” he says. “It is no great surprise that I think being outdoors fishing is one of the most satisfying and personal rewarding things anyone could ever do.”

Due to logistics, and expense, there is no central presentation ceremony, Brown says, but the achievement is often celebrated on a local level, such as at a Sportsmen’s Show. “I think it works better for us to do it on a local and individual basis,” Brown says. “Generally we do it at a Sports show or local event.”

Among the huge list of possible recognition criteria that gets considered by the selection committee is a candidate’s activities to motivate others and “which reflect the honour and dignity of fresh water sport fishing.” On that score, Gord has been committed to engaging the public and motivating others to fish during his whole career, both as a public servant with the ministry of natural resources, and as an outdoor communicator.

Says Gord: “I really do think that fishing is about good fun and family values. I love taking out folks, especially young kids, who have never fished before and helping them catch their first fish.

For more on why Gord, and all the other inductees, was chosen, click here and navigate to the button in the bottom right corner of the page which says “2015 press release.”