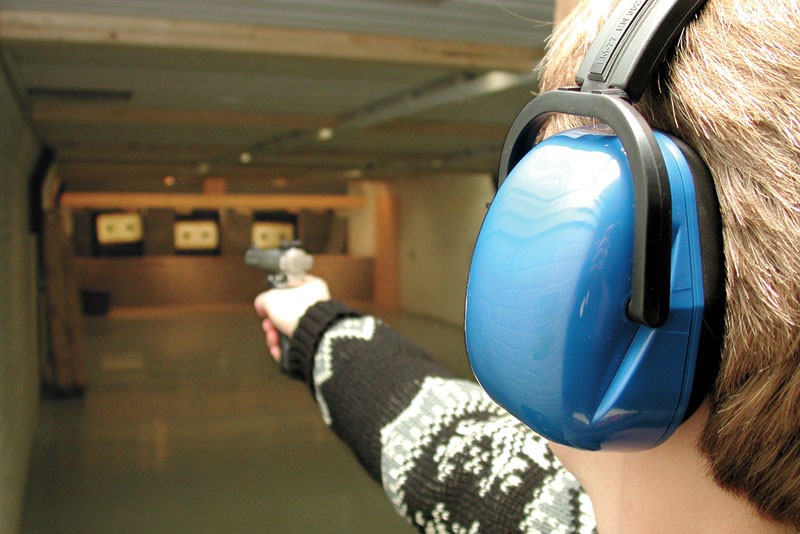 Worried about shooting sports going the way of the dodo? Join your local gun club

Last summer, the seemingly inevitable happened—the University of Toronto announced it was shutting down its shooting range. The institution’s officials had deemed that, in this day and age, a university campus just wasn’t the place for a gun club, despite its impec­cable safety record and quiet, near invisible existence. After all, they reasoned, people shoot people with guns. Sadly, that’s what the debate had been reduced to at one of this country’s most esteemed universities.

With that, the Hart House Rifle Club, which had been around since 1919, and the 58-year-old Hart House Revolver Club would have to find new digs if they were to continue. The shooting range, originally built for the Canadian Officers’ Training Corps in the basement of Hart House, was history.

To my surprise, though, the closure didn’t go down without protest. Just check out the ensuing debate on news Web sites where the story was reported—most people simply couldn’t see the connection between a club that trained Olympic shooters and society’s distaste for gun violence. Even in Toronto, a city that is shielded from hunters and hunting by kilometres of concrete and asphalt, online reaction showed widespread support for the clubs and their presence on campus.

All of this gives reason to worry about our future ability to do something that’s perfectly legal—shoot our firearms for recreation’s sake. It won’t take a majority of people to put an end to shooting sports, just a persistent minority. And knee-jerk politics.

The decline of shooting sports has been slow in this country, and maybe that’s why we don’t see how far we’ve fallen. The fact is, fewer Canadians are hunting than ever before, and even fewer feel comfortable taking a firearm out of the house to go target practising on the weekend or after work. And not so long ago, you could watch several TV shows devoted to shooting, hunting and guns. These days on basic cable, there’s just one—and you better be up with the roosters if you want to catch it.

Such shows have disappeared because some people who don’t hunt or shoot are offended by the very existence of these pastimes. Hey, if they can’t stop a gangbanger from emptying his pistol on a fellow gangbanger, they can at least get that hunting show cancelled. Or have the shooting range closed.

Then there’s the culture clash. As urban folk continue to move into and beyond suburbia, some will take with them that same distaste for guns and target practice. So, as developments crop up in towns once populated by people who understood the idea behind shooting ranges and gun clubs, the pressure to shut them down will grow. And as was evident at the University of Toronto, no amount of online petitioning will help.

No, it will take more than posthumous whining to save our gun clubs and shooting ranges—it will take membership cards. Currently, the Canadian Shooting Sports Association boasts 15,000 members; imagine the additional clout if every hunter were to also join, or if every one of us at least paid annual dues to our local club. I’ve never fired a single shot at an organized range, but I’m about to take out a membership in the Toronto Revolver Association. And the cheque is in the mail for the CSSA.

This is the same logic the anti-gun lobby applies: when politicians feel pressure from residents concerned about their local shooting range, we can likewise show them how many votes they stand to lose if they move to curtail our activities.

Remember, polls show average Canadians have no trouble with responsible hunters. It’s incumbent on us, then, to help prove that gun clubs and shooting ranges are positive, important places to socialize and enhance our skills—not sanctuaries for dangerous wackos. And when that happens, the demise of our shooting ranges—let alone shooting sports—will no longer be inevitable.

To find a gun club near you, visit the Canadian Shooting Sports Association Web site at www.cdnshootingsports.org.