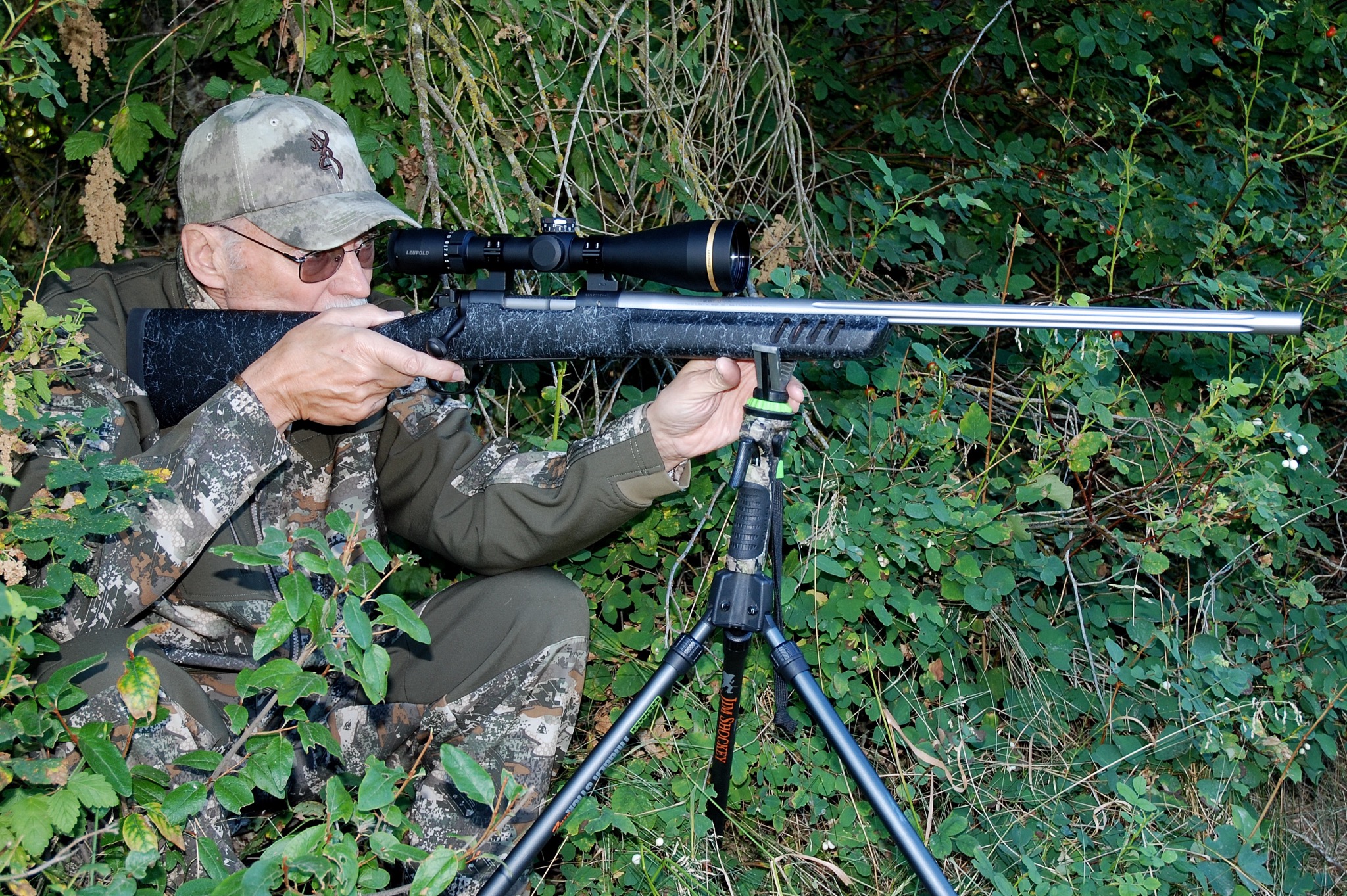 For low-light scenarios, Winchester and Leupold offer a killer combo

When I was a young hunter, I discovered that still-hunting big white-tailed bucks on their home turf was not my forte. I concluded that it takes stealth, tenacity, plenty of patience and the eyes of an eagle to catch the tiniest movement or flick of an ear. I’m not sure which of these attributes I was lacking, but I reasoned that there had to be a better way to improve my abysmal rate of success, so I began hunting from a stand.

It took but a vigil or two for me to learn that sitting in a stand is a great way to hunt—I could enjoy the serenity of the wilds while game passed by undisturbed. There was a learning curve, however, with the two most notable elements being that mature bucks tended to show up at first or last light, and that the right rifle and scope is a must for success at those times. Enter the Coyote Light paired with a Leupold VX-5 HD.

Winchester may have labelled this Model 70 the Coyote Light, but I see it as being much more than a mere predator rifle. It utilizes many of the Model 70’s features, such as the pre-1964 style of controlled round feed with a claw extractor, the forged steel receiver with an integral recoil lug, and the MOA trigger with zero take-up, zero creep and zero overtravel. Still more Model 70 features include the recessed target crown, three-position safety, blade-type ejector, one-piece bottom metal and the Pachmayr Decelerator recoil pad.

The Coyote Light departs from its Model 70 roots, however, with the medium-heavy, stainless steel, free-floated fluted barrel, and the one-piece aluminum bedding block moulded into the stock for a solid, rigid base to ensure a tight zero in all weather conditions. Other changes include the Bell and Carlson synthetic stock with multiple fore-end vents to reduce weight and improve barrel cooling, the matte-finished metal surfaces, and the dual front swivel studs for use with a sling and bipod.

A quality riflescope is vital to hunting in low light, so I decided to compare my test scope—a Leupold VX-5 HD—against five other models at last light. All were similarly priced, with similar magnification ranges and objective lenses in sizes 44 to 56mm. The hands-down winner was the Leupold, which performed well until all but total darkness. From the sharp HD glass to the superb brightness, this is one great scope—I was some impressed.

As for the rifle, the Bell and Carlson lightweight carbon fibre/fibreglass composite stock gave it a decidedly solid feel, with no hollow sound. I also appreciated the Pachmayr Decelerator pad, which was perfectly fitted to the stock and provided a secure fit to my shoulder while helping reduce felt recoil. The vents in the fore-end were a bit of a departure from the norm, giving the rifle a unique flair. I’m not sure to what extent they reduced the overall weight, but I did notice they helped cool the barrel quicker.

Then there was the wider fore-end, which provided a solid grip and a stable platform on the bench. The action and barrel were as solidly constructed as the stock, leaving me with the impression that I would have to drop the rifle off a cliff to damage it. I also noted just how consistent and flawless the MOA trigger was—it lived up to its billing with no creep.

Surprisingly, the factory ammunition, with an overall group average of 1.02 inches, marginally outshot my handloads, which averaged 1.05 inches. For hunting deer-sized game, a good choice would be my handloaded, 140-grain Nosler Ballistic Tips with H1000 powder, which can deliver velocities exceeding 3,100 fps. For heavier game such as elk, however, I would give the nod to Federal Premium’s 150-grain Nosler Partitions, which also promise a velocity of 3,100 fps. Both loads provided superb accuracy, with 0.5- and 0.45-inch groups, respectively.

There’s no doubt that long after the sun has slipped over the western horizon, this rifle and scope combo will put a buck on its backside at whatever distance I feel comfortable shooting from.