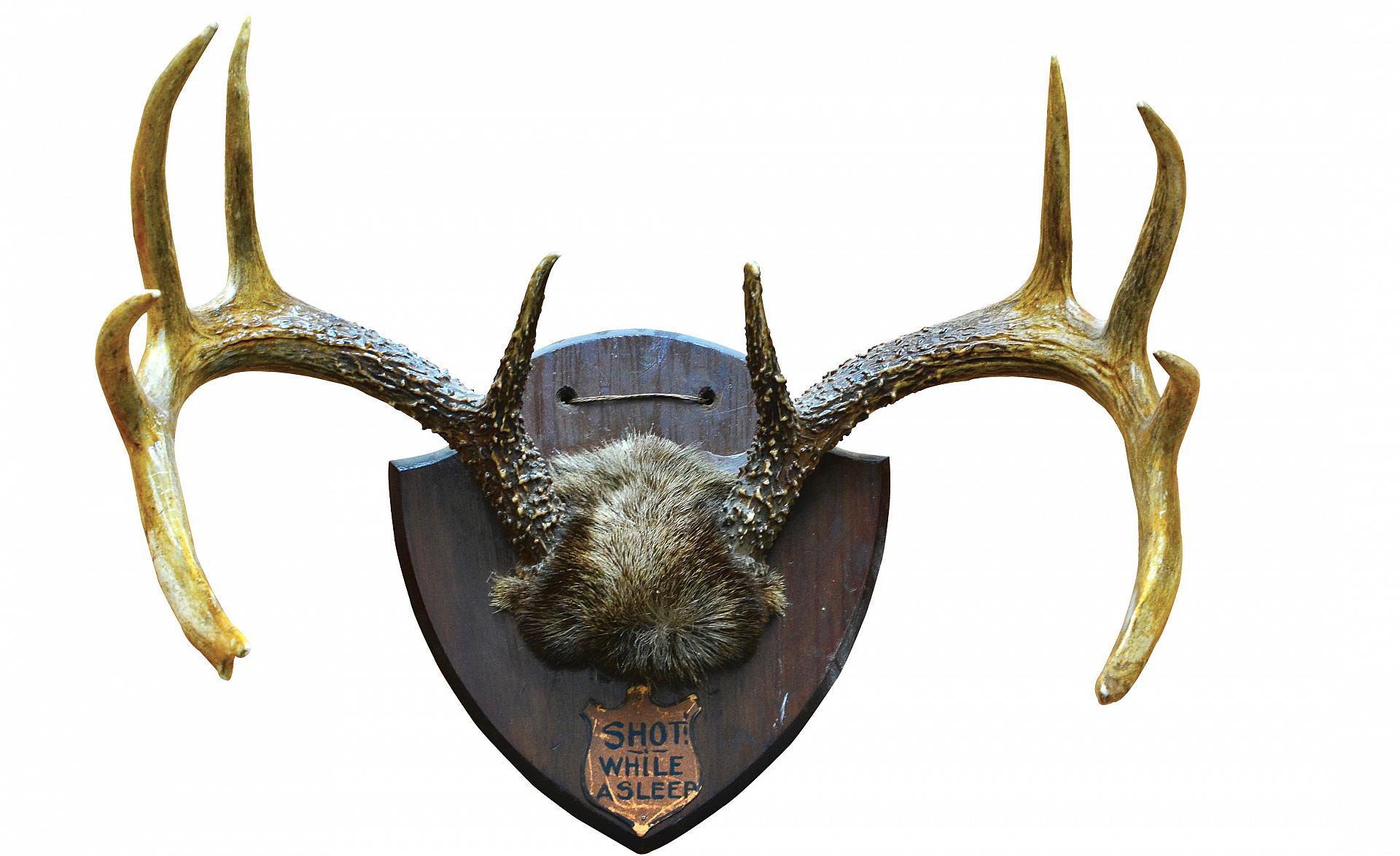 How focusing too much on scoring can be harmful to hunting

There are other, more important ways to measure the success of a hunt

Over the desk in my office hangs the antlers of the only deer my grandfather ever had mounted. It’s unclear exactly when the deer was shot, but how it was taken is clear—the plaque reads simply, “Shot while asleep” (below) It’s a pretty fine deer by the standards of the day for Thunder Bay, Ontario, but Grandpa never had it scored. He considered it a trophy worthy of mounting because of the experience, not because of its size. I mean, how many of us have ever come upon a sleeping buck?

But how times have changed. Today, the notion of scoring game has unfortunately reached levels that long ago surpassed the intentions of those who initiated the practice. And the growing public perception of how the hunting community views trophies and scoring may be putting our social licence in jeopardy. Let me explain.

By most accounts, Europeans were the first to have devised a scoring system, back in the late 1800s and early 1900s. Here in North America, the Boone and Crockett Club introduced the first widely adopted scoring methodology in the 1920s. In both cases, the purpose was to collect information for comparative analyses as a way to gauge the success of conservation initiatives.

Today, however, the scoring of game animals is almost totally a recreational pursuit. It’s used by many hunters as a way to measure their success in taking the oldest and wisest of any given species. Biologically, taking the oldest animals makes good sense, as these animals seldom contribute to the breeding population, but here’s the problem: Sport hunting evolved as the alternative to market hunting, and it came with new regulations that contributed immensely to the recovery of game populations and the establishment of fair chase principles. As the scoring of trophies grew in popularity, however, it fostered a spirit of competition that few believe has a place in hunting.

This in turn led to the focus shifting to the hunter, not the game we hunted, and contributed to the emergence of big-game hunting preserves, canned hunts and outfitters charging fees based on the score of the animal harvested. It’s now at the point that some hunters measure hunting success by whether they qualify for the record books. This has contributed to the fodder, most of which is unfounded, used by anti-hunters.

Recently, I sat in on a seminar hosted by Safari Club International, one of the world’s leading record-keeping organizations. In attendance were representatives of outfitting organizations from around the world. With interest, I listened as outfitters from Africa described their frustration with the growing number of hunters who step off the plane with tape measures in hand, focused on taking book-qualifying animals instead of focusing on the hunting experience. The result is undue pressure on guides and the diminishing of enjoyment that hunting should provide. I don’t believe that sentiment is nearly as strong in North America, but it seems to be growing.

Does the scoring of game animals still have a place in today’s hunting world? I think it does. It still provides game managers with valuable data for measuring the effectiveness of their initiatives, and it can withstand scrutiny when evaluated fairly from both biological and moral perspectives. But we need to realize that some will use it against us, and that means we need to rethink how we recognize scoring and trophy animals.

Taking a large, mature animal is not a victory over the animal or, more importantly, over other hunters. The score of game taken shouldn’t be considered an end in itself. Rather, it should be seen much like the cape and antlers you mount on your wall—a memento that honours the animal and inspires fond memories of days afield. We must remember that scoring is not a measure of the hunter, but a measure of the animal.

Acceptance of hunting by the public won’t continue without both biological and social science firmly on our side. We already have the biological imperative—it’s in retaining social acceptance that we must remain focused, and that means being vigilant about how we evaluate trophies. For my grandfather, the score was all about the experience and, while that’s not the only way to measure an animal, it remains the most important.