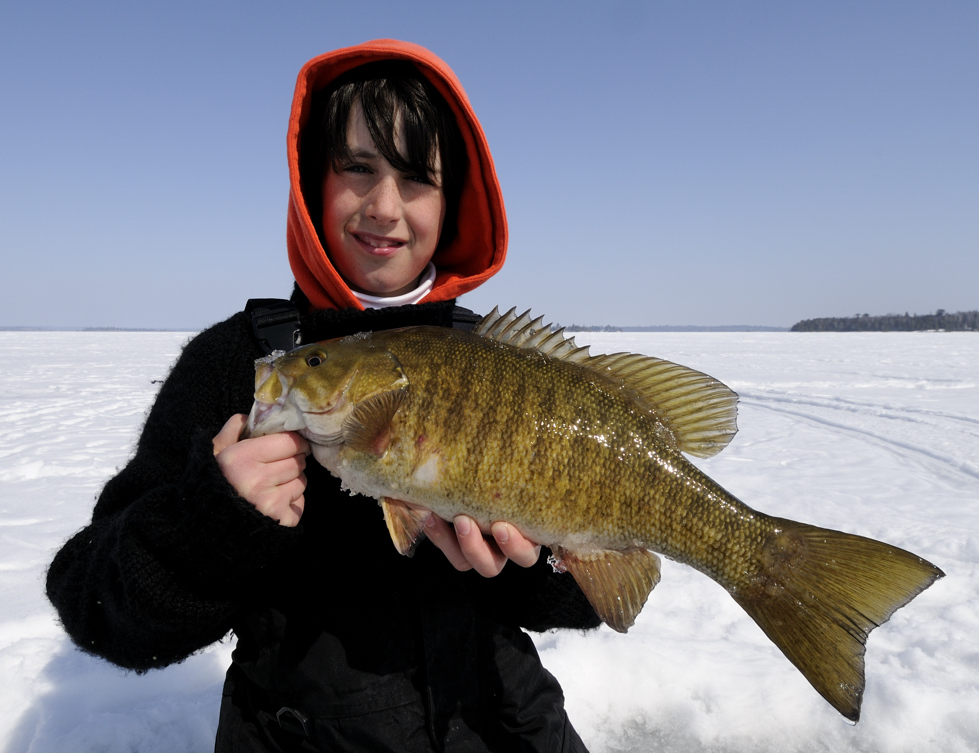 How long do smallmouth bass live?

One of the things that fascinates anglers, young and old alike, is the age of the fish they are catching. Kids in particular like to wonder if the bass (muskie, walleye or crappie) they just caught is older than they are, but even adults marvel at the fact that the smallmouth dangling from the end of their line may be 20 or more years old.

Indeed, I received an email the other day from a reader, who is also the new host of television fishing series, who mentioned that he had… “just completed an episode on consolidated fall smallmouth in rivers. I caught a fish close to 23-inches and was wondering how old a smallie like this would be?  I’ve heard that they can be over 16 years of age in Ontario.  Your answer in this regard would be greatly appreciated.”

As I mentioned to the reader, 16 years old is by no means the maximum age for a smallmouth bass living in Ontario.  In fact, when I was the District Manager with Ontario Ministry of Natural Resources (OMNR) here in Kenora, our Lake of the Woods Fisheries Assessment folks regularly sampled and aged smallmouth bass in the 20 year old category.

Buddy Darryl McLeod, on the other hand, who is the biologist responsible for managing Rainy Lake on the Ontario-Minnesota border, once showed me the age charts and growth tables that he produced after sampling thousands of bass in the giant border water lake.  Darryl determined that the quality 3½ pound plus smallmouth bass in this lake are 15 to 18 years old. 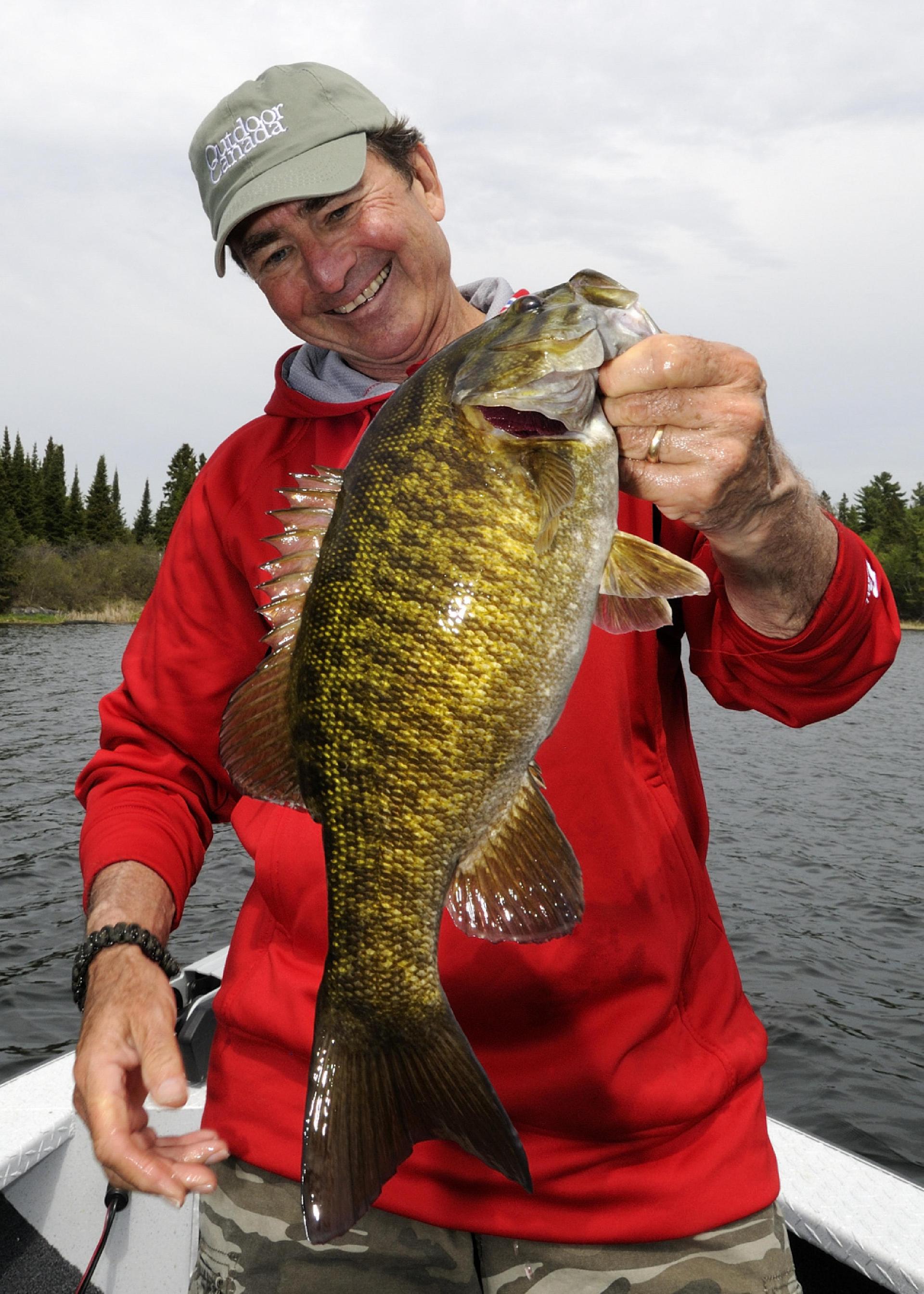 Darryl has even sampled smallmouth bass in Rainy Lake that were 20 to 22 years old, the oldest fish being a 23-year-old Methuselah.  That elder statesman, by the way, remains the oldest smallmouth bass ever aged in Northwestern Ontario.

What is amazing, however, is that the bass in Rainy Lake are typical of smallmouth bass living at the northern limit of their range.

Indeed, what I always find interesting about fish and fish ages is that in a general sense, the faster a fish grows and sexually matures, the shorter its lifespan usually is.  Even within a species.

But—and this is a big but—the bass in Kentucky will be dead of old age when it’s 10 or 11 years old, while the fish in Northern Ontario will still live for another 10 years.

So, from Nature’s perspective, it all balances out, providing, of course, that the smallmouth bass in Ontario isn’t killed before it has a chance to grow up and spawn.

The other reason it is so critical to have larger and older bass in the population is that they start spawning in the spring in colder water.  Often when the water temperature is 55F to 57 F (13 C to 14 C).

Smaller bass, on the other hand, typically nest when the water temperature has warmed up to 59 F to 61 F  (15 C to 16 C).   When you average out these two ranges, by the way, it gives you the 15 C that most people report as the temperature at which smallmouth bass begin to spawn.

You might also wonder why it is important that the biggest and oldest bass spawn first.  It is because while their off spring will be slower in developing at first, given the cold water, they will nevertheless enjoy a decided head start.

At the population level, it also means that the largest, oldest and most genetically robust bass will have the opportunity to re-nest should a catastrophe like a severe spring storm strike near the start of the spawning season.  The smaller and later spawning bass rarely, if ever, return to the nest after a catastrophic event.  Even for the larger smallmouth, it normally takes 10 days or more before any re-nesting is attempted.

Getting back to our two identical bass—the one living in chilly northern Ontario and the other one in warm Kentucky—the reason for the huge difference in their potential maximum ages, lies in the fact that the Kentucky bass is living 24/7/365—every second, every minute, every hour, every day of the year, while the bass in Northern Ontario sleeps away and hibernates for almost half the year, under the ice, with its heart barely beating.

Think of it this way: A fish is born with a predetermined number of heart beats and if it uses them growing up quickly, like the fish in Kentucky, it dies sooner, around the age of ten.

The fish in Northern Ontario, on the other hand, has the same number of  preordained heart beats, but because of our cold winters, it spreads them out, and thus has the potential to live to the ripe old age of 20 or more years old.