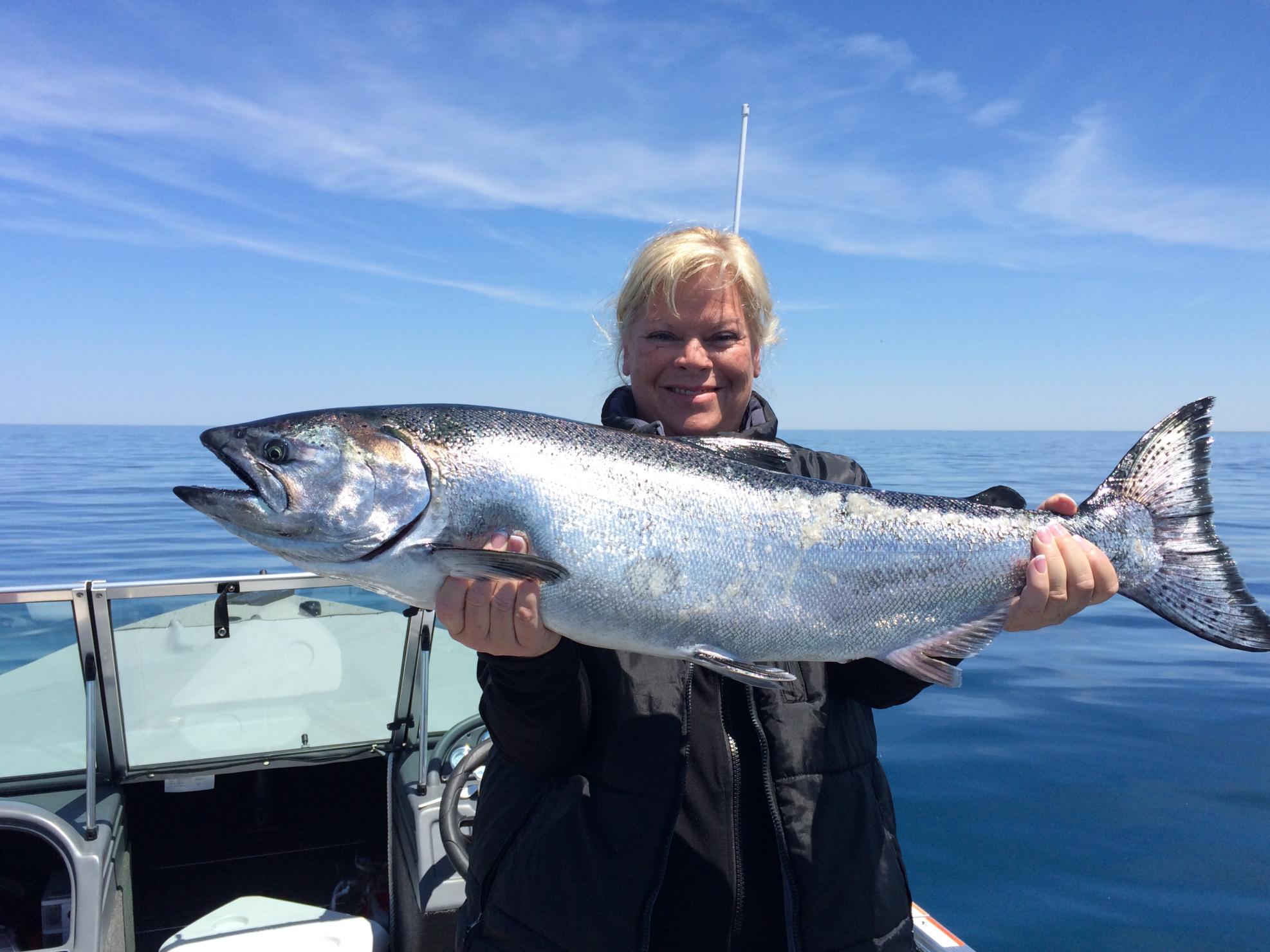 Margaret Mead once said: “Never doubt that a small group of thoughtful, committed citizens can change the world; indeed, it’s the only thing that ever has.”

Mead could very well have been talking about the Sarnia Bluewater Anglers, a dedicated group of sportsmen and women. For decades, they’ve unselfishly rolled up their sleeves to ensure that the sparkling blue waters of the southeastern Ontario portion of Lake Huron are teeming with salmon, steelhead and brown trout.

“It started about 40 years ago,” says club president, Ed Holubowicz, beaming with obvious pride, “when a number of us local guys, attended a sport club meeting over in Michigan. The club there was operating a salmon hatchery and we thought, ‘Why not do the same thing back home in Sarnia?’ So, we initiated a pilot project at the water treatment plant in Point Edward, under the Blue Water Bridge. After two successful years, we started looking for a building to house a permanent hatchery.”

Fast forward 40 years, and the facility is now producing some 200,000 chinook salmon, rainbow trout and brown trout annually. That is impressive enough, but then you learn that the hatchery is run completely by volunteers, from the club’s nearly 300 members. No one is paid a salary or collects a penny in compensation, so that the hatchery is operated as a lean, mean fish-making machine. Still, there are hard costs the club has to cover.

“We do a number of things to raise money,” says Linda Miller, who sits on the board of directors. “Principally, that includes operating fishing derbies throughout the year, including an ice-fishing derby, summer walleye derby and fall big-fish contest. But the granddaddy of them all is the upcoming Bluewater Anglers Salmon Derby It runs from Friday, May 3rd until Sunday, May 12th and this year will be our 43rd anniversary of staging the contest.  The prizes are amazing.”

(I’ll share more about the Salmon Derby in an upcoming follow up blog, but today the important focus is on how all those fish that the anglers will be catching, got there in the first place.)

“You can’t take a vacation from a fish hatchery,” chuckles Holubowicz. “So club members are there for at least two hours every day of the year, performing chores and running the facility. They clean the fish tanks, fill the feeders and check the oxygen levels in the pond outside.”

Ah, yes, the feed fishing pond. Talk about a brilliant idea. Parents can bring their kids on a warm spring, summer or fall day, plop a quarter into one of the old-time looking bubble gum dispensers, grab a handful of fish pellets and feed the enormous 15 to 20 pound rainbow trout that are swimming around. Every year, the club raises $10,000 in quarters, just from this activity.

“There are always fish in the hatchery,” says Holubowicz, so tours are a big hit with local school groups and organizations.  “The breakdown is 100,000 salmon and about 50,000 rainbows and 50,000 browns. We plant the rainbows and browns in the streams all the way up to Port Franks, about 60 kilometres.  We plant the salmon, on the other hand, in the spring, when the 58°F water temperature in the hatchery, is the same in the local rivers. We also stock the salmon at night, in order to keep the cormorants and other fish-eating birds at bay. And we put them about one mile upriver from Lake Huron, so they will be imprinted and come back to spawn.  They’re all fin clipped, too, so we can tell natural salmon from hatchery fish. When we monitor the results of the derby, about half of the salmon caught are from the hatchery.”

Yep, Margaret Mead was right. Never doubt that a small group of thoughtful, committed citizens can change the world.  And in the world of fishing, the Sarnia Bluewater Anglers is showing us how.