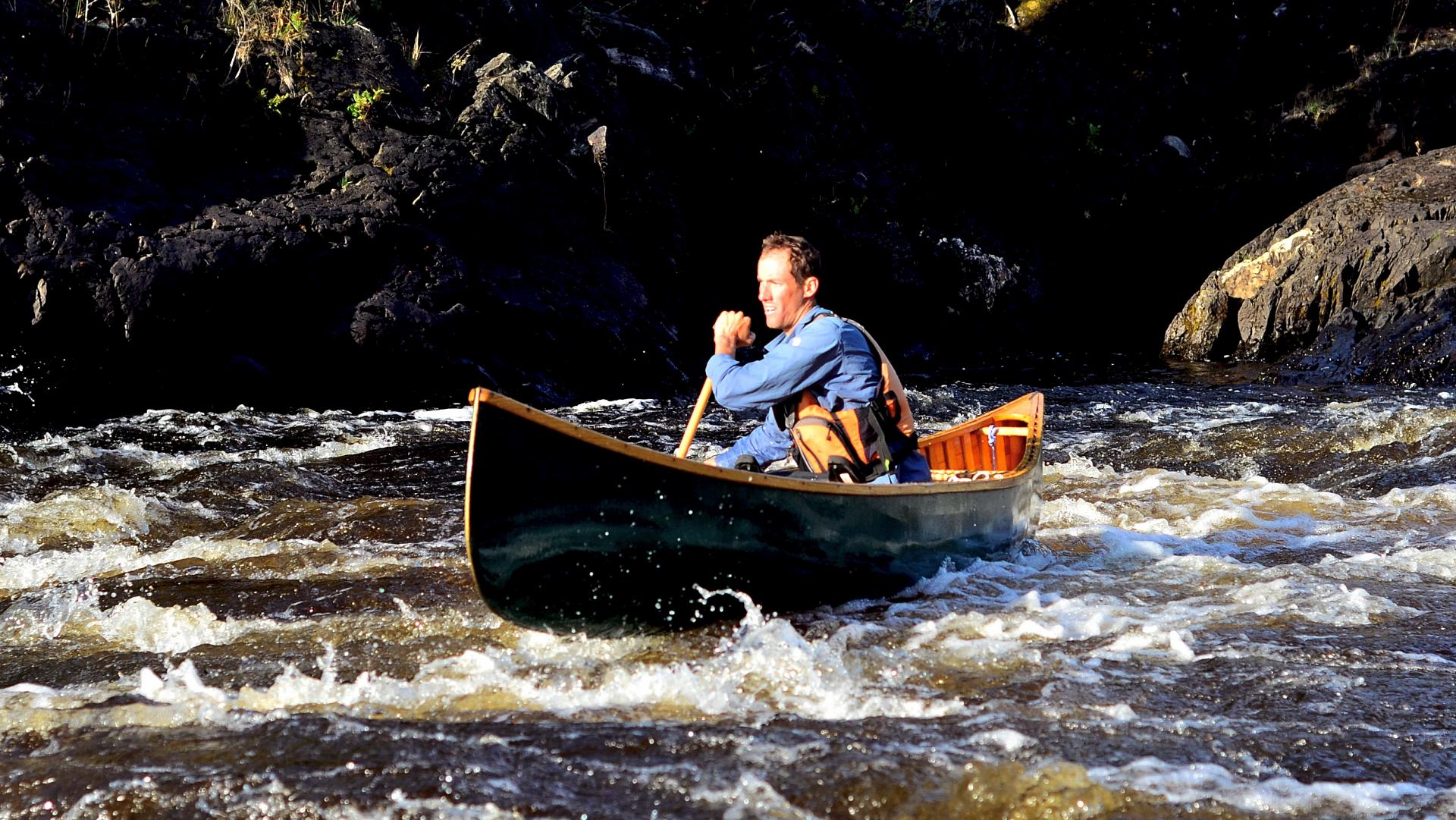 To truly connect with the outdoors, it sometimes pays off to leave the vehicles at home

Tawabinisay was a mystical Ojibway guide who led sportsmen in the northern Ontario bush around the turn of the 20th century. Legend has it that one night he had a premonition his wife was about to give birth, so he left his guests in the Algoma wilds and bushwhacked 65 kilometres through the darkness to his home in Batchawana. He arrived just in time to witness his baby’s birth. Before dawn, however, “the man who walks by moonlight” was miraculously back in camp with his guests.

Tawabinisay represents a part of Canada’s rich angling and hunting tradition that champions hardship, struggle and tortuous slow-going as a means to outdoor adventure—and the promise of abundant fish and game. In his time, there was no other way. Yet today, just as we fill our lives with smartphones, social media and GoPros for instant gratification, the push to make backwoods fishing and hunting trips more convenient with go-anywhere off-road vehicles also threatens to cut us off from our sporting roots.

I can’t deny the utility of all-terrain vehicles, snowmobiles and pickup trucks. And of course, bush roads and groomed trails make the outdoors accessible to a much wider demographic. They also save valuable time in getting to and from our favourite retreats, and make it easier to haul big game from the field to the freezer.

I’m certain something is lost, however, when we rely exclusively on roads and combustion engines to access places to fish and hunt. I truly pity those who’ve never had the thrill of getting into the backcountry on their own strength and gumption. After all, the further away you venture from roads, the better the fishing and hunting you’ll find. One of my most memorable canoe trips best illustrates that point.

Our destination was Megisan Lake, the island-pocked jewel of the Algoma Highlands, nestled in a road-less expanse of old-growth pine. On the way to our planned launch site, a freak mid-May snowstorm rendered the logging road impassable, so my wife and I had no choice but to park the car and add two sprawling lakes and a handful of rough, snow-covered portages to our canoe journey.

Then we toiled upstream on a swollen creek, ever appreciative of the old trapper who’d blazed the portages around its many rapids. Between slipping on ice-covered rocks and axing blowdowns, there was no time to fish the pools for brook trout during the two-day slog. We were clearly the first people to have paddled the route in a long time.

As tired and sore as we were at the end of each day, we felt our bodies getting stronger, shaking off the winter rust. Honest labour triggers instincts rooted deep in our genetic code. Human beings were made for this sort of work.

Finally, we reached Megisan Lake and set up camp on an island for a well-deserved layover. By then, our lives had assumed the rhythm of wilderness travel. As anxious as I was to wet a line, it felt natural to take my time setting up my rod and reel and carefully tying on a blue and white spoon. My fifth cast yielded a lake trout.

After catching and releasing a few more fish, I prepared a ruby-fleshed three-pounder for dinner. It was satisfying to see an ancient cast iron frying pan hanging on a tree, knowing that others had shared this pleasure.

Putting our hectic lives in perspective

Backcountry Hunters and Anglers, a U.S. non-profit organization dedicated to preserving pristine wild places, argues that killing the engine from time to time “puts our hectic lives in perspective.” I can relate to that, just as I identify with the image on the group’s website of a hunter and his trophy-sized buck. He’s in a real paddler’s canoe—one Tawabinisay would recognize—not a piggish aluminum square-stern rigged with an outboard motor. And there’s no road, four-wheel-drive truck or ATV in sight.

As the call for increased road access becomes louder and louder in my part of Ontario, and throughout Canada for that matter, I support responsible vehicle use. But I also wish more people would instead pick up a paddle or lace up their hiking boots and take to the trail. The Canadian wilderness has plenty of room to spare.