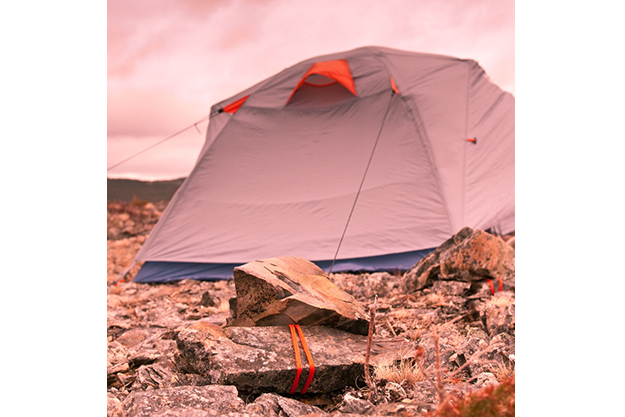 How to anchor a tent on rocky surfaces

Next, attach the fly as you normally would, then work on securing the guy lines. To do this, tie the loop on the guy line to a length of parachute cord, then anchor the end of the cord to a rock pile, as outlined above. This way, you avoid chafing the guy lines, which are typically too short anyway for this technique.