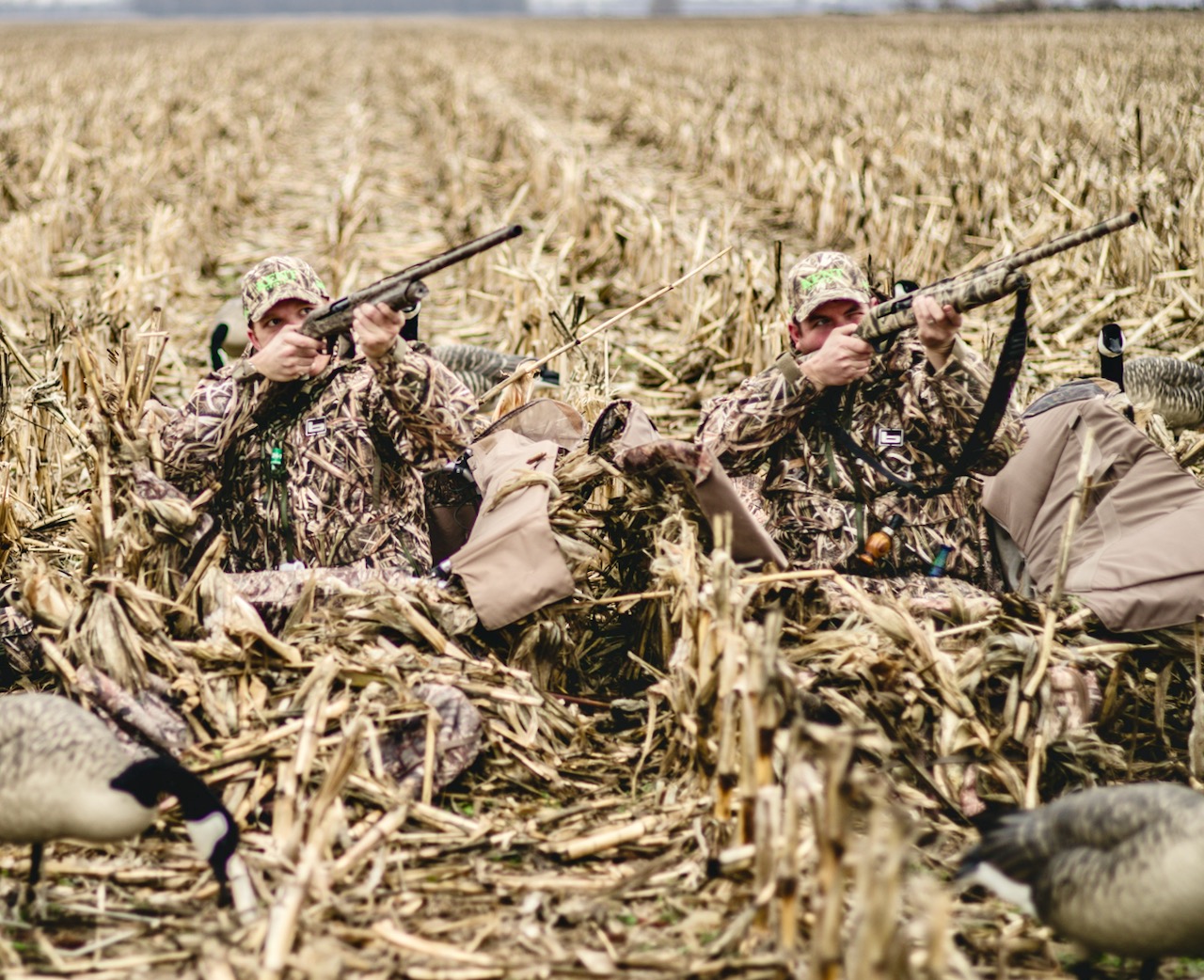 How to coordinate shooters when you’re hunting waterfowl

“Take ’em!” That’s a common refrain in the waterfowling community, the universal signal that ducks or geese are within range and it’s time to rise and shoot. As simple as those two words are to say, however, the decision about when to bark them out is fraught with calculation and uncertainty.

It’s an important decision, too, as it can have a profound effect on your success, enjoyment and safety during the hunt. That means there’s a certain amount of pressure on whoever’s been designated as the shot caller. It’s much like netting a fish for someone—if all goes well, you’re given little credit for the successful outcome, but make a mistake and you wear all the blame.

Before the first birds arrive, your hunting party should agree on who will call the shots. This individual will be responsible for watching as the birds approach, and judging when they’ve committed to landing in the decoys or passing over them within shooting range. The shot caller must also keep the other hunters informed as the birds approach, quietly telling them where the birds are, from what direction they’re approaching, and when to expect the shooting to start. To otherwise suddenly just call the shot when no one is prepared only results in confusion and delay in getting on target.

Granted, some situations are very difficult to call. Have you ever had one of those days when the wind is swirling and all of a sudden the birds are coming in from behind you? That’s a real challenge for callers—do they call the shot when the birds are approaching, meaning the shooters have to do a 180, or do they let the birds pass overhead and call the shot as they’re flying away out front? It can be a tough decision, but it gets easier with experience. Just remember, it’s the shot caller’s responsibility to keep everyone informed and at the ready to shoot when directed.

If you’re not the one calling the shot, you have responsibilities to the group as well. First and foremost is to trust the caller and keep your head down until you hear the command to shoot—nothing flares birds more quickly than a bunch of shiny faces peering out from the blind.

You also have to know, and stick to, your kill zone. It’s a matter of both safety and respect. Swing too far down the blind, and you risk ringing your partners’ ears and stealing their shooting opportunities—it’s certainly frustrating when someone from the other end of the blind drops a bird that’s right in front of you before you’ve had the chance to shoot. On good hunts, when the birds are cooperating, you’ll get your opportunities, so be patient and focus on only shooting the birds that are rightfully yours to shoot.

There are times, of course, when the birds won’t fully commit to your decoys and instead nervously circle the spread. That puts added pressure on callers, and you need to respect their decision. While it’s important as a group to discuss how the birds are behaving and how you should be reacting, don’t second-guess the caller once a decision has been made. That can make him or her lose confidence, leading to potential mistakes when calling the shot on the flights that follow. The shot caller is typically one of the more experienced hunters in the group, so have trust in that person to read the birds’ behaviour and adjust accordingly.

Shot callers won’t get it right every time—ducks and geese are far too unpredictable for that to happen. If they get it right most of the time, however, rest assured you will enjoy a great hunt and have your fair share of shooting opportunities.