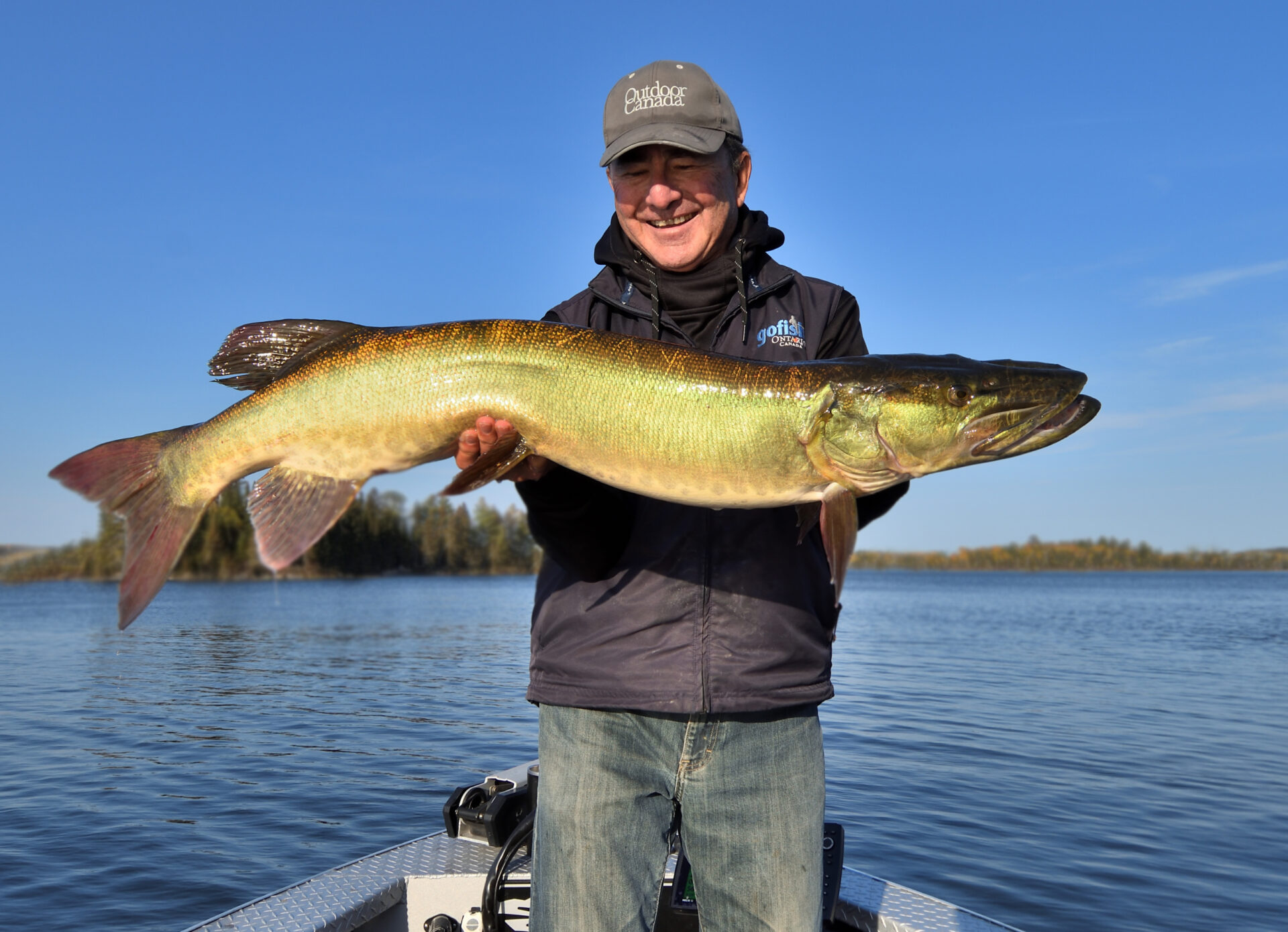 A Betsy Bait On Pearson's Wall

It doesn’t happen often, but sometimes things are just meant to be, like the other day when I visited “Pearson’s Wall.”  Spoiler alert: you won’t find it on any map, so don’t waste your time looking. It’s a name that my grandson, Liam and I bestowed on a bluff-like structure in honour of my buddy, muskie fishing guru, Dick Pearson.

Dick wrote the seminal book, Muskies On The Shield, many years ago. In it he highlighted two important things: first, the significance of fishing rock walls for muskies. I personally think rock walls are the most overlook structures on a lake.  The second is how his wife, Betsy, who is a muskie-fishing legend in her own right, and who is known as the “Lure Doctor,” weights her dive-and-rise baits.

Anyway, to make a long story short, we landed a muskie on the wall the first time we found it two years ago. Since then, every single time we’ve fished it since, we’ve caught a nice fish. And the one I caught there the other day, hit a Bobby Bait that Liam had weighted earlier this summer using—you guessed it—Betsy’s killer technique.  How cool is that?

Adding additional weight to at least some of your jerkbaits is a great way to alter and change your presentation, and show the fish something they may never have seen before. Even more importantly, on these mid-fall days, with the water temperature dropping steadily, it helps you to get your bait down deeper in the water column, where it hangs there, and then rises in an ever-so-slow and mesmerizing manner.

When I was presenting Liam’s weighted Bobby Bait to the fish the other day, I was able to sweep it down deep, and then let it suspend, quiver and rise for so long in the water column that I could have taken a bite from my sandwich or a sip of tea, before making the next twitch. As it happened, the muskie smashed the bait on the second or third twitch, as it wiggled up slowly.

To weight a jerkbait using Betsy’s method, I like to first fill a pail with water and then take walleye or bass jigs of three or four different weights.  Typically I use ones where I’ve dulled the hook point too much to ever sharpen again, or worn off the paint. I’ll tape each one to the top of the wooden lure, and then drop it into the pail, and monitor how it floats, sinks, suspends and rises. When I find the perfect weight jig that gives my bait the attitude I am looking for, I’ll snip off the line tie, and bend the hook shank straight. Then I snip it off behind the barb, so the result is a lead ball with a straight wire shank.

Then, I’ll take a drill with a bit that is the same size (or just slightly smaller) than the lead head, and drill a hole behind the first hook hanger that is just deep enough to accommodate it (above). Next, I’ll take an even smaller bit—the size of the wire shank—and drill it all the way through the bait so it exists out the top.  I’ll fill the large hole with epoxy and push in the lead head, so that it’s flush with the bottom of the bait, and the shank is extending up through the small hole. Finally, I’ll let it dry overnight and then tap down the wire shank so that it lies level with the top of the bait.

And there you have it—a deadly Betsy Bait—that can’t fail to produce muskies on Pearson’s Wall.