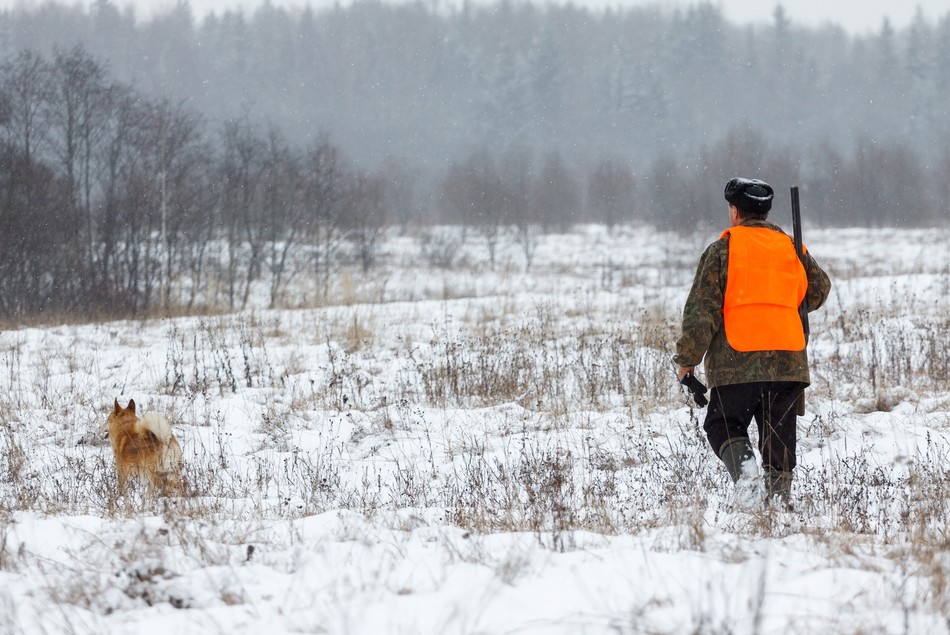 How to have a problem-free cold-weather hunt

In late-November whitetail hunt many years back, I stumbled upon a dream buck lying out in a hayfield. Perhaps he was tired from chasing does, but since I pegged him at about 180 Boone & Crockett points, it wasn’t the time to question my good fortune. I laid my rifl e across a fencepost, found the sweet spot in the scope and squeezed the trigger. You wouldn’t believe how loud an unexpected click sounds in the still, frozen air. Unsure of what had just happened, I ejected the cartridge, pushed in another and squeezed again. Another loud click. At that, the buck jumped to his feet and bounded off while I cursed aloud. The culprit, as it turned out, was a frozen firing pin spring. Here’s how to avoid this happening to you, along with some other tips for a problem-free cold-weather hunt.

So, why did my rifle misfire? It’s a common problem, really. Condensation forms on the metal when the firearm is brought in from the cold, then slides into the action and barrel. When you take the gun back outside, the moisture freezes and locks up the action or firing pin.

To prevent this, leave your rifle out in the cold—whether in a locked vehicle or other protected location—if it’s safe to do so. If you have no option but to bring the gun inside, store it muzzle down and dry it thoroughly once it has stopped sweating. Snow can also play havoc with the action and muzzle of your fi rearm, so scrupulously brush off any that accumulates. To ensure snow doesn’t get in the barrel, cover the crown with a strip of electrical tape—it won’t have any impact on the ballistics. As with the problem of condensation, any snow left on your gun will melt when you bring it inside, then turn to ice when you head back out.

I’m vigilant about cleaning and lubricating my fi rearms: a well-oiled rifle ensures consistent friction-free cycling. But lubricants can lose their viscosity in frigid temperatures, and begin to freeze in extreme situations. That can result in slow or inoperable triggers and firing pins.

The good news is, modern firearms are designed to work perfectly fine without lubrication, especially if high-volume shooting, which can lead to heat buildup and increased friction, is not required. So, if you’re going to be hunting in sub-zero temperature, cleanse your action of all lubricants. There are many commercial degreasers on the market, but virtually any solvent, or even gasoline, will work well.

To begin, remove and disassemble your bolt, for this is where years of grease, oil, dirt and general crud can accumulate. This includes inside the firing pin spring. Once you’ve soaked the components in a degreaser, simply wipe them dry and reassemble the gun. If you’re of the notion that you absolutely must use a lubricant, look for one of the modern concoctions rated for -40°C or colder.

Dress for the occasion

Two years ago on a Newfoundland moose hunt, I got caught unprepared when the tail end of a hurricane caused the temperature to plummet 30 degrees. I was forced to put on nearly every stitch of clothing I had with me, most of which wasn’t designed to be worn together.

I really should have known better— when hunting in regions where extreme cold is possible, even if it’s not in the forecast, go prepared for the worst. That means layering your clothing from top to bottom. Wear a base layer that wicks moisture away from your skin; underwear made of polypropylene is a good choice. Cotton absorbs moisture, so avoid it at all costs.

Mid-layers are designed to insulate, so you’ll want several layers to accommodate a wide range of temperatures and activity levels. Popular materials include wool or the various iterations of fleece. Your outer layer should protect you against wind, snow and freezing rain, so the shell must be wind and waterproof. Be sure it includes a hood.

All your clothing should fit comfortably but not tightly. Select sizes such that each layer fits well over the layer below it. And when it comes to covering your feet, head and hands, moisture wicking materials, insulation and protection from the elements are equally important. Now, bring on the cold!