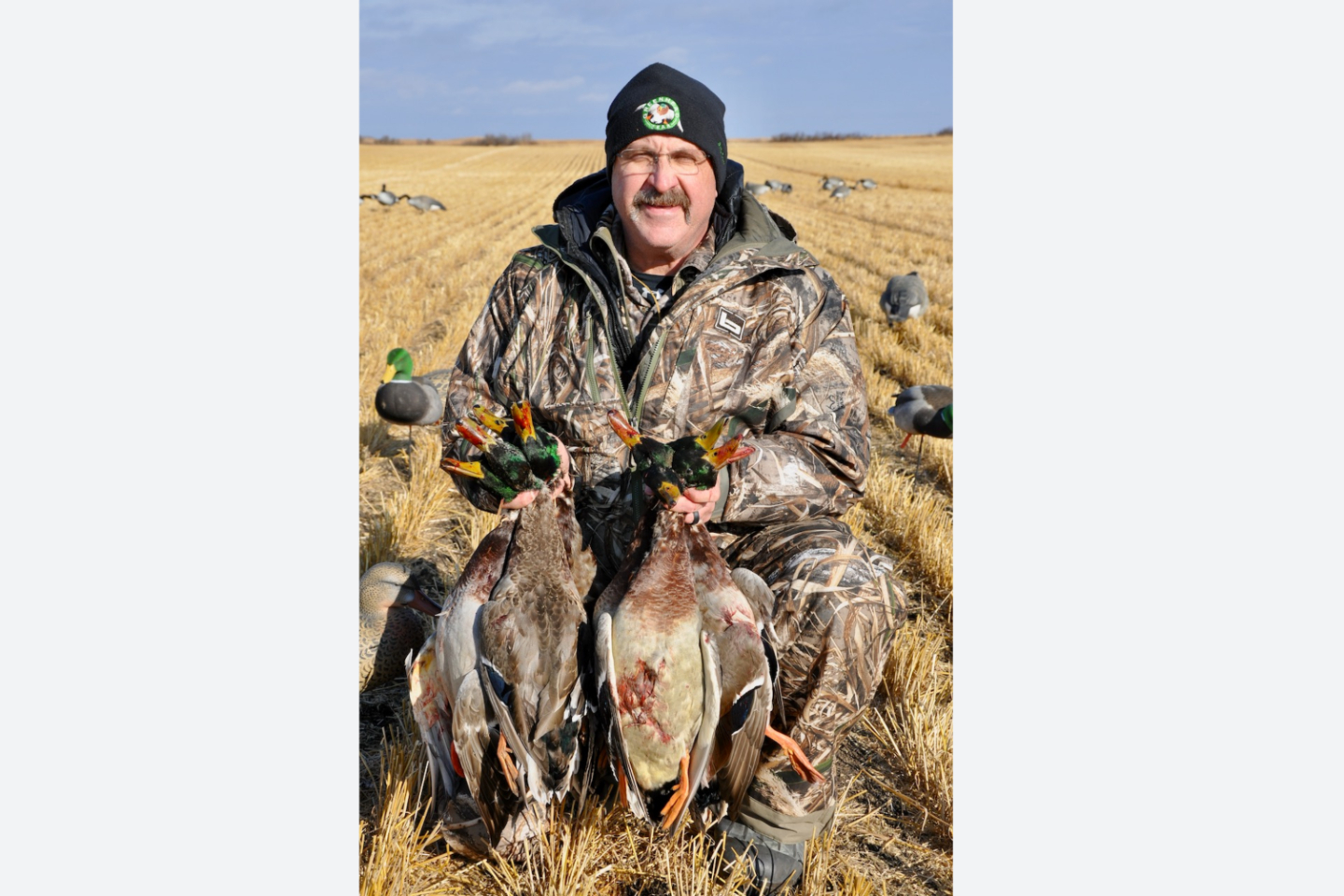 When setting up, position your blinds first, then place the bulk of your decoys around the blinds. Space the decoys 45 to 60 centimetres apart, mimicking the pattern you observed when scouting the feeding flock. Also also create landing zones by leaving open pockets within the main portion of the spread, downwind of the blind. At the beginning of the season, I go with several smaller landing zones in front of the blinds, since the ducks will arrive in smaller groups. As the season progresses and the flocks become larger, I’ll change to a single large landing zone.

Once the main spread is set up, add additional dekes downwind to represent other ducks waddling up to join the main feeding group at the buffet. Place them about a metre apart in small groups to make your spread appear even bigger, and to funnel incoming ducks right into your landing zones.

As a final step, set up your spinning-wing dekes. Ducks often try to land very close to these decoys, so position them right in the landing zones if you trust yourself and your hunting buddies not to accidentally shoot them. If you’re worried about your spinners getting caught in the crossfire on low-landing birds, place them beside or directly behind your blind.