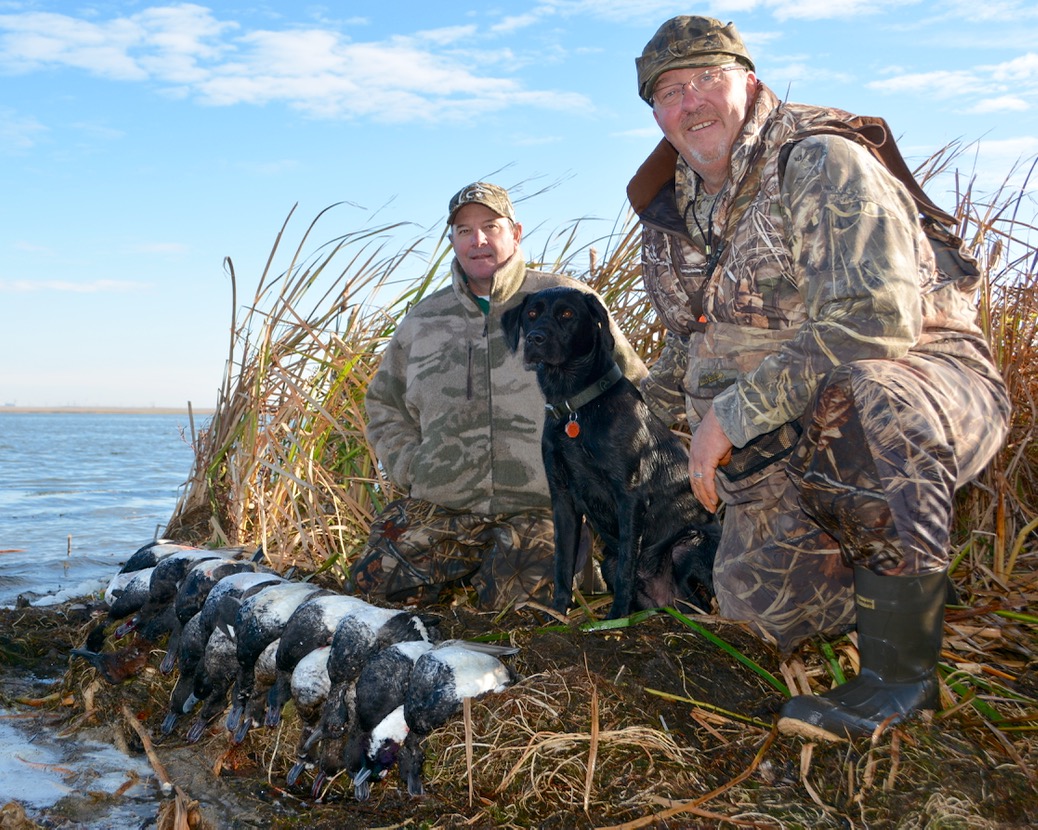 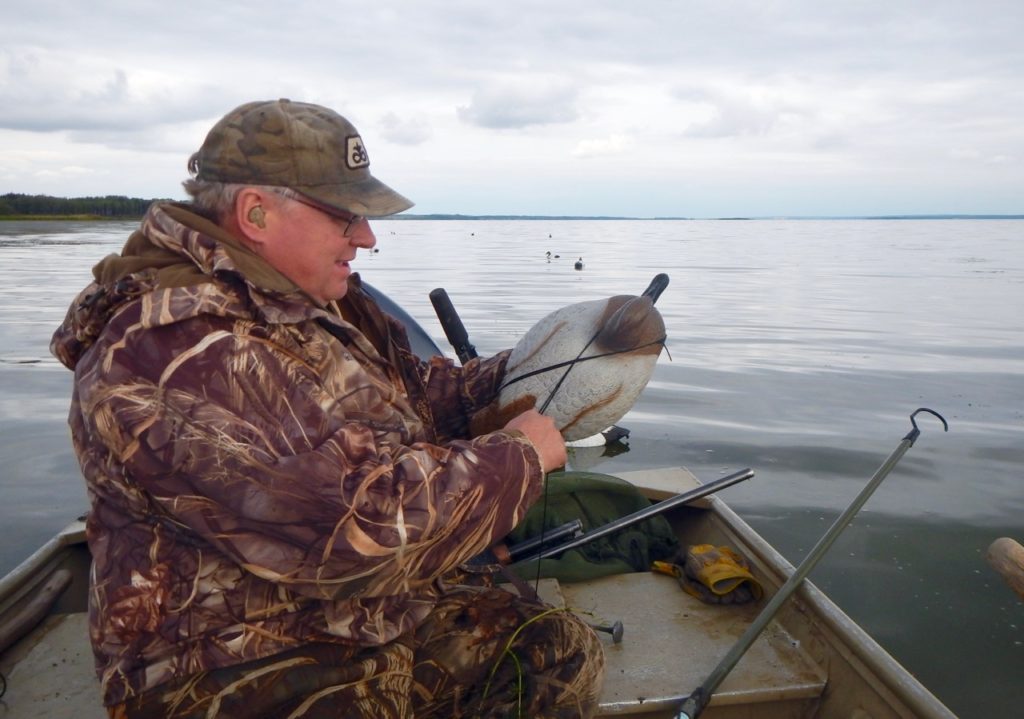 HOW TO SET OUT THE RIG

When you set out a long line, work downwind, from your blind out. This allows you to see the whole line from a duck’s point of view. If you don’t like what you see, you can easily tow the line into a different position. I typically set my first block about 50 metres out and slightly upwind of my blind, so the last decoy on a 200-metres line ends up about 250 metres from my blind.

One of the common mistakes in laying out a long line is to place the decoys too closely together. I’ve learned to set them about 10 metres apart; any closer and you increase the risk that incoming ducks will land in the line, short of where you want them. If you’re running 200 metres of long line, you’ll use 18 to 20 decoys, depending on how deep the water is and whether you’re running one or two anchors.

When the prevailing wind tells me the ducks may prefer to be on the far shore, a long way from my blind, I’ll set out an extra-long line of 250 metres. A line that long requires two-dozen blocks, but it can be set out relatively quickly. It’s amazing how often cruising birds will see your furthest block, turn on it, then follow the bread crumbs right to your landing zone.

Whenever possible, I only anchor the end of the long line that’s closest to my blind, allowing the line to swing with the wind. Depending on your blind location, however, there may be times when you’ll need the birds to fly across the wind, not directly upwind. In those circumstances, set your line exactly where you want it and anchor both ends to prevent it from swinging downwind.

Diving ducks don’t like to fly over land, so it’s important that birds flying up the line don’t see land directly in front of them as they approach the landing area. If necessary, bend the line to run parallel to the shore if you’re shooting from a shore blind. The ducks will bank crosswind if you encourage them to do so.

As much as we like to think ducks always fly upwind, it just isn’t so—if it were, they’d all eventually fly off the lake. If I’m set up near one end of a marsh, I usually run a single long line. Alternatively, if I’m stationed mid-lake, I’ll often use two long lines in a V-shaped pattern, funnelling birds approaching from both directions into my landing zone.