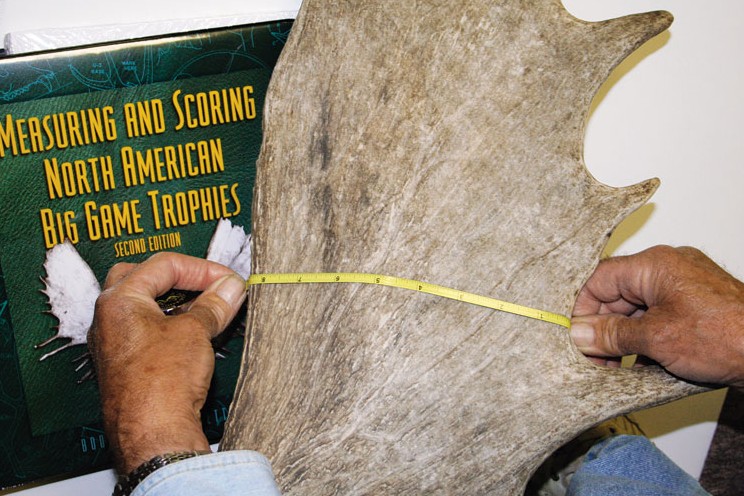 How to spot a trophy

Want to take home a record-book buck or bull this season? Up your odds by learning how to field judge that next potential wall-hanger

It all started as a way to help save North America’s vanishing big game. In fact, trophy measuring has a deep-rooted conservation history dating back to 1887, when a group of concerned individuals—including soon-to-be U.S. president Theodore Roosevelt—established the Boone and Crockett Club. Their goal? To promote the tradition of hunting, as well as conserve habitat and wildlife.

As part of its efforts, the fledgling group established an official measurement and scoring system for dwindling big-game species. Since trophy-class animals speak volumes as to the wildlife management policies that allow them to exist, the scientific community soon recognized the Boone and Crockett system as an effective way to track the success of conservation efforts.

That was 120 years ago-North America’s big game have largely since recovered—but sportsmen still use the B&C scoring system for antlers, horns and skulls. In fact, it’s become the standard, or base, for several record keepers, including the Longhunter Society, which collects and maintains records for trophies harvested with a muzzleloader. The Pope and Young Club, which recognizes trophies taken with a bow and arrow, also uses B&C criteria for determining net scores. And most provinces have an official record keeper and scoring scheme based on the B&C system.

For assessing antlers, B&C looks at a combination of mass and length measurements, as well as the symmetry between the left and right antlers (unlike B&C, Safari Club International and Buckmasters don’t take away points for a lack of symmetry or balance). To field judge your own trophy whitetail or moose, here’s how the B&C system can help you determine if you have a wall-hanger in your sights.

Scores are then determined for both the right and left antlers to generate an overall gross score, with the differences in measurements between the two antlers deducted to come up with a final score. But how can you quickly tell if a buck is a keeper before you squeeze the trigger?

Main beam lengths are a huge consideration—they can provide 30 per cent of the overall 170-inch minimum score needed to qualify for the B&C record books. When a buck is viewed in profile, you can tell if it has a long main beam if the tip extends to the end of the deer’s nose.

A wide spread between antlers also indicates long beams, with a trophy-calibre deer requiring an outside spread of at least 20 inches. Since the tips of a mature buck’s ears are about 18 inches apart, look for a spread that reaches beyond the ears.

As for the number of points, it’s rare for a deer to make the record book with fewer than four on each antler, along with the tip of the main beam. The tines must also be evenly matched, measuring a minimum of 10 inches in length, starting with the first point after the brow on each antler. When you see a trophy-class buck, you usually know it right away-the antlers will look extremely tall above the ears, with the tines lined up like pickets in a fence.

The mass of the antlers, which can provide 20 to 25 per cent of the total score, is often hard to judge. Look for a thick main beam that stands out and catches a lot of light. We’ve all seen photos of deer with good mass—the weight immediately catches your eye.

All mature moose seem huge, but there are several key characteristics to look for if you want to bag a trophy bull. To qualify for the B&C records, moose antlers require a minimum score of 195, which is derived from four simple measurements: the greatest spread between the two antlers, the width and length of each palm, and the circumference of each beam.

The overall spread can be very important, as a 60-inch rack will constitute close to 30 per cent of a minimum qualifying score. But it’s the closer details of each antler’s length, width, mass and number of points that generate much of the score.

The palm width is measured at a right angle with the midpoint of the inner edge of the palm, while the palm length is measured parallel to the inner edge starting between points at the top of the antler down to the bottom of the brow palm. Both measurements are taken along the underside, or back, of the antler. With this in mind, look for wide palms that extend high above the moose’s head. Also watch for extra-long brow palms that protrude forward off the main palm like the blade on a hockey stick.

Next count the points on each antler. To be included in the score, the point must be at least one inch long, and longer than it is wide at its base. The total point count often makes the difference when it comes to qualifying for the records. Eight to 10 points per antler will add upward of 20 inches to the final score-anything beyond that is a bonus. Note that deductions are made for abnormal points (those that protrude from normal points, the inner edge of the palm, or the upper or lower surface of the palm).

Finally, a single circumference measurement is taken at the narrowest/thinnest place between the burr and the paddle on each antler beam. The thicker the beams appear overall, then, the better the chances of a higher overall score.

In the end, even if your bull moose—or white-tailed buck—doesn’t qualify for the B&C record books, scoring is still a good way to compare your personal trophy with others. The system is fair, standardized and relatively easy to use. And if a hunter is fortunate enough to harvest something that qualifies for the record books, it’s simply a bonus—and a testament to conservation and good wildlife management that benefits everyone.

There are often species-specific features—such as the total weight of a deer or the length of a black bear’s hide—that hunters also use to define trophy status. While these may not play into the official record books, such attributes help gauge and compare the quality of harvested game. A 350-pound deer, for instance, is impressive no matter where it’s taken. Indeed, some areas will likely never produce a B&C set of antlers because of genetics. Quebec’s Anticosti Island is a prime example. With an estimated population of 100,000 whitetails, the island offers incredible hunting and some wonderful trophies, but it’s unlikely to ever make the record books. Size aside, unique animals such as albino or piebald deer are also often defined as trophies.

Along with scoring antlers (caribou, deer, moose, elk), B&C also provides scoring systems for horns (sheep, goat, muskox, bison, pronghorn), tusks (walrus) and skulls (bear, cougar). Black bear skulls, for example, are judged simply by measuring the length and width. If you’re aiming for the record books, by the way, the bear must be at least a mature boar. As for trophy horns, look for good length and mass, as well as a healthy spread between the tips.