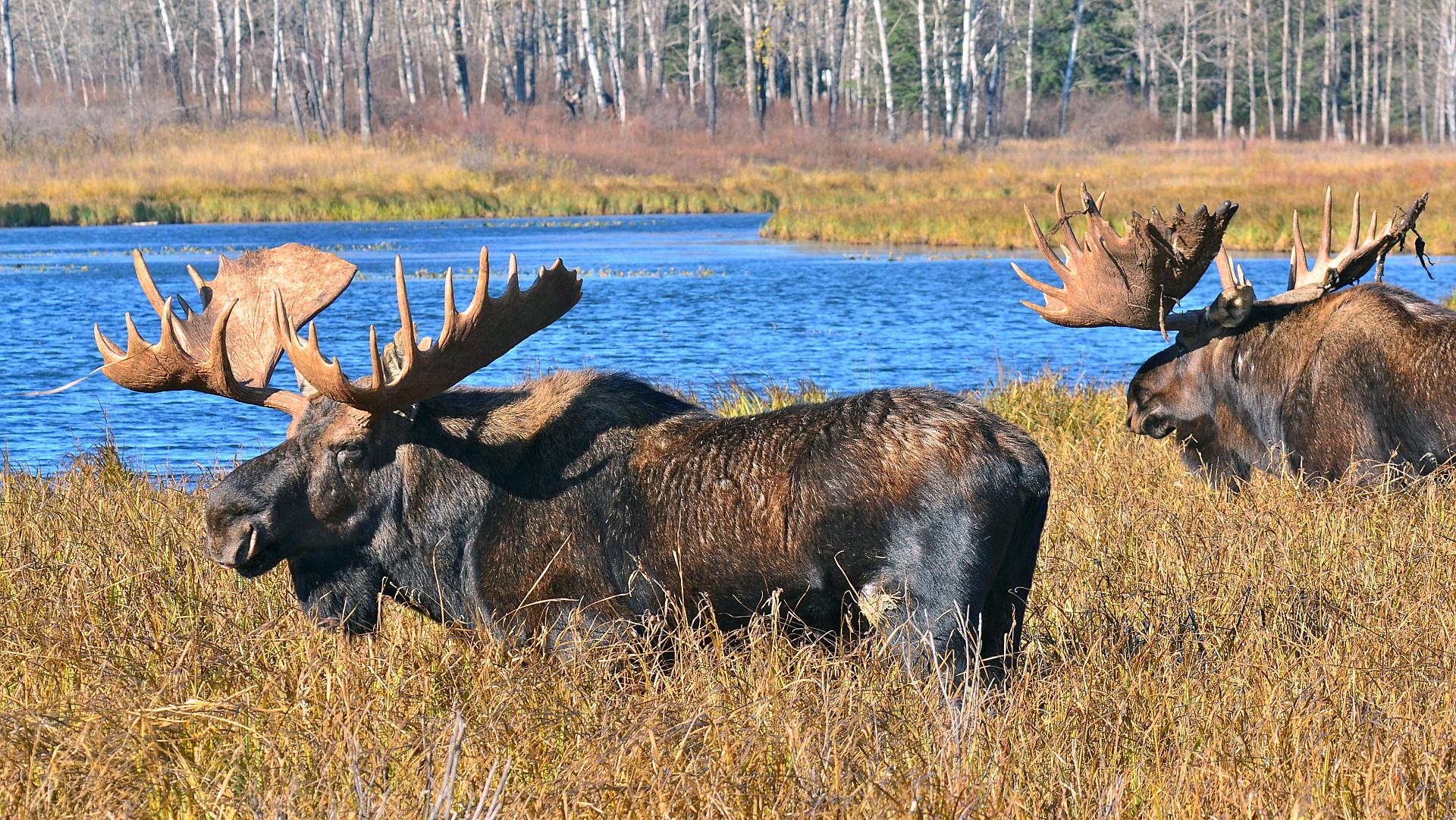 How unregulated hunting is putting Canada’s moose at risk

With populations in steep decline, hunters, government and First Nations must work together

During my formative years growing up near Chapleau in northern Ontario, moose fascinated me. My dad was the regional fish and wildlife supervisor for the old Department of Lands and Forests. Whenever he’d return from the field, the first thing I’d ask was how many moose he saw. And some mornings when my mom woke me up from school, I’d watch moose eating black currants in our garden. It’s no exaggeration those early experiences kick-started my own career in wildlife management, and a particular interest in moose biology.

Though I recently retired after 40 years with Manitoba Conservation and Water Stewardship, moose are still the focus of my activities. Having made presentations at conferences in such distant places as Sweden, Norway, Poland and Russia, as well as most jurisdictions in North America that have moose populations, I’m still often consulted for my expertise on these giant ungulates.

In short, moose have long played a big role in my life. But never in my wildest dreams during the early years of my career did I foresee what’s now happening to moose populations in many parts of Canada.

Why moose are hurting

Yes, the animals are doing well in places such as Newfoundland, but in other jurisdictions—namely northwestern Ontario, Manitoba, eastern Saskatchewan and B.C.— populations have seen dramatic declines. In certain areas of Manitoba, for example, I’ve witnessed numbers drop by more than 80 per cent. So why is this happening? Blame it on uncontrolled overharvesting.

Since arriving in North America via the Bering land bridge, which ceased to exist some 12,000 years ago, moose themselves have not changed. The same certainly can’t be said for the technology we use to hunt them, however. Consider the advances we’ve seen in just the past 100 years—trucks, cars, aircraft, snow machines, all-terrain vehicles, assorted types of communications equipment, GPS technology, advanced firearms with laser-guided scopes and, yes, roads in places that would have been unheard of 50 years ago.

All of this has made it easier for hunters to take down moose and to access remote habitat, not to mention all the not-so-remote areas. Now add in the issue of uncontrolled traditional hunting by First Nations.

The solution is clear

If Canada’s moose resource is to remain viable, it’s imperative that discussions begin now to ensure all harvesting is regulated. Governments are the management authority, but they must involve all user groups, including First Nations, to level the playing field and to ensure moose populations can sustain traditional uses.

If inclusive management practices are not initiated, current governments will be held accountable for the likely demise of sustainable populations—and the resulting economic and cultural ramifications. Governments at all levels, for example, will be unable to deliver on such obligations as those contained in paragraph 13 of the Natural Resources Transfer Agreement. That’s the 1930 document in which the federal government turned over responsibility of managing resources to the three Prairie provinces. In paragraph 13, it’s stated the provinces will guarantee First Nations the right to hunt and fish. If resources, such as healthy moose populations, are unavailable due to mismanagement, however, First Nations could conceivably sue governments for not living up to the agreement.

The cost of doing nothing is clearly monumental.

Working together is crucial

Thankfully, there’s a growing contingent of biologists, conservation organizations and members of the public—hunters, rights-based users and those with an interest in wildlife—who are concerned. Now is the time for everyone to step forward and work together with respect and transparency in a new conservation movement.

On my first visit to Russia many years ago, I was greeted by schoolchildren who presented me with flowers and a poster depicting moose and people. The caption on the poster read, “When the moose were doing fine, the people were doing fine.” I reflect on this phrase often, and hope it’s one that we in Canada can also say about our relationship with moose.

We just have to work together to make it happen.

Vince Crichton is the Canadian vice-president of the North American Moose Foundation.