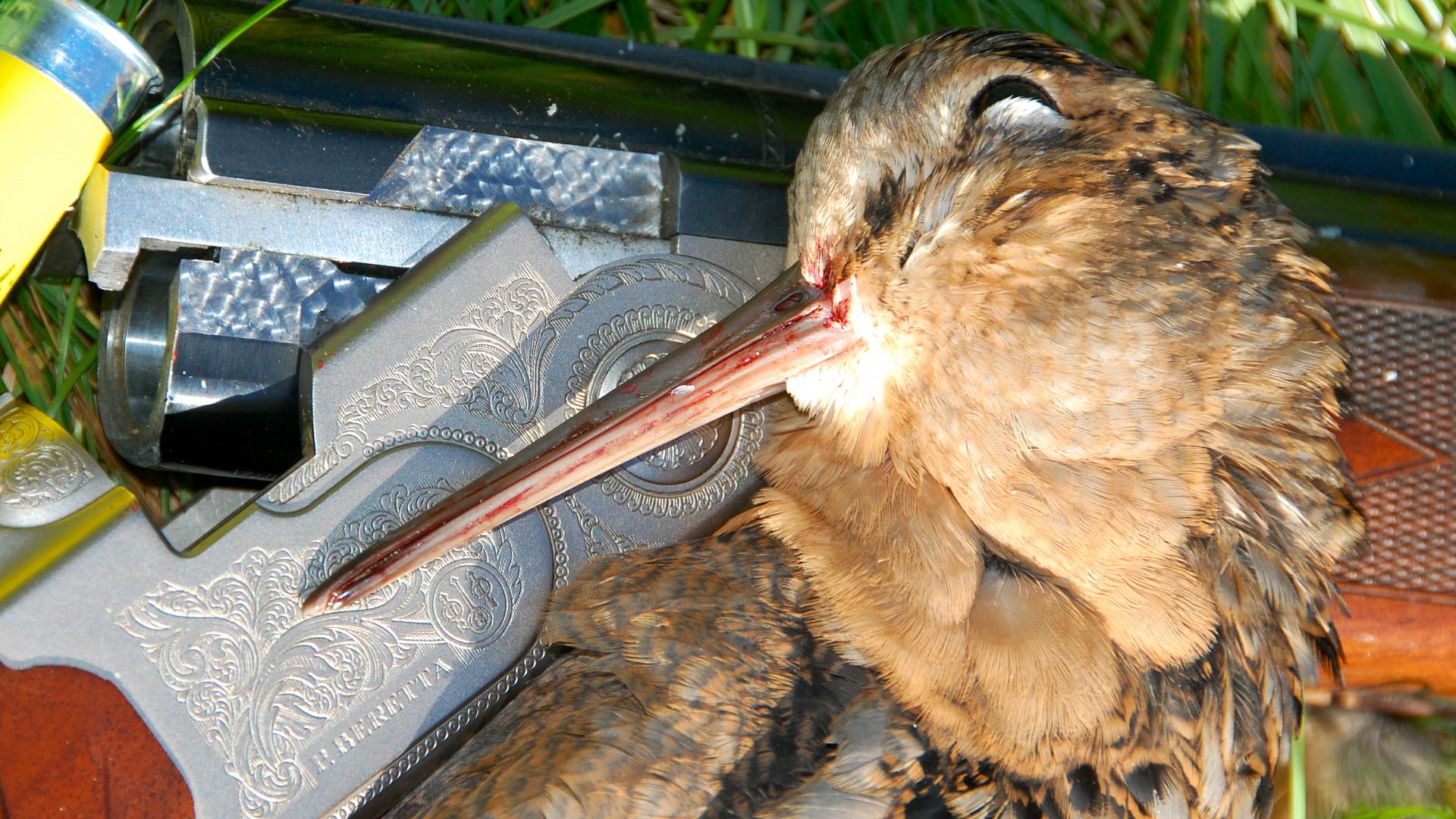 How to hunt nature’s knuckleball: The woodcock

It may not be the fastest pitch, but the knuckleball’s definitely tough to hit. Also called the floater, it seems to flutter erratically, mesmerizing the batter until it suddenly blows right over the plate. If there’s an equivalent in nature to the knuckleball, it’s definitely the woodcock—it may not be the fastest game bird, but it’s also downright tough to hit.

Last October, for example, I flushed a timberdoodle that helicoptered up from my boots, flashing its stiletto beak in my face. I tracked the bird with the muzzle of my shotgun as it flew in tight circles just 10 feet above me, keeping my finger off the trigger until it was further away. But by the time the woodcock straightened out and hit the afterburners, I was so dizzy I couldn’t shoot straight.

If you’re looking for a challenging wingshoot, nothing compares to gunning for timberdoodles. But don’t expect to simply step up to the plate and hit them out of the autumn woods. Here’s what you need to know to take a swing at nature’s knuckleball and maybe, just maybe, knock one down.

Step one is to identify active woodcock cover—find these hot spots and you can count on flights returning there year after year. Woodcock range across eastern Canada, but you’ll only find them in pockets of cover that are specific to their liking.

Start by looking for areas that have been clear cut roughly 20 years ago, or farm fields and pastures that have been abandoned and left to naturally reforest. Twenty-foot-tall trees with trunks as thick as your calf are a good sign. Add moist, rich soil and an overhead canopy of leaves, and you may have discovered prime timberdoodle cover.

The next step is to find the birds themselves, a job made easier if you have a dog to help with the flushing (see “Flush puppies” below). Woodcock need freedom to scuttle about on the ground, probing the soil for worms and turning over leaves for bugs and slugs. That means you won’t find them in dense grass or weeds. Instead, look where there’s nearly bare soil beneath dense, protective vegetation that’s waist-high or taller. Blackberry patches, fern glens, golden rod patches, young birch and poplar groves and tag alders along swamp and creek edges all feature the open-stem type of growth that woodcock like.

Once you’ve located an active woodcock cover, proven by a few flushes and perhaps some woodcock droppings (loonie-sized splashes of white chalk on the ground), you can speed up the search for similar bird-holding areas. When you return home, check out your new-found hot spot on Google Earth, then scroll around searching for similar-looking areas—they, too, could hold woodcock. Typically, a young forest on satellite imaging appears to have a rough texture, like a sea sponge, whereas a mature forest has a more uniform look to it, like a plush rug.

When the season opens in late September, you’ll find resident birds in their summer habitat, usually along streams or around swamps edges in tag alders. This is tough hunting because they’ll often fly behind a screen of leaves before you can line them up for a shot. And since the birds live solitary lives until they begin to migrate en masse in mid- to late October, the flushes are sporadic.

Migrating flights of southward-bound birds provide the best hunts—expect numerous flushes and the frequent tingle of spent powder in your nostrils. It’s not a slaughter, though. Migrating birds flush harder, and some are as clever as ruffed grouse about getting behind trees before you can swing on them. At least with the leaves half down, you generally have a little more time to line up a bird before it flies out of sight.

Timing the flights is a good way to get into birds. Watch the weather reports for areas 80 kilometres north of your hunting spots. Woodcock only move south when encroaching winter weather forces them to, so when the forecast calls for freezing temperatures, heavy frost or early snow, expect migrating birds to be in your area shortly thereafter. When the cold catches up to them again in your area, off they go a little further south.

Woodcock also like to ride southward on a north wind. And like robins, they eat a lot of worms, so they need the same weather conditions as their red-breasted friends. If you see migrating robins in your area, there’s a good chance woodcock are there, too.

And here’s one more likely hot spot: Before they must cross a large body of water, such as one of the Great Lakes, woodcock will stop to rest and feed near the northern edge of the water body. Flights will stack up there for weeks, so plan to hunt such areas before a cold north wind arrives and carries them further south. 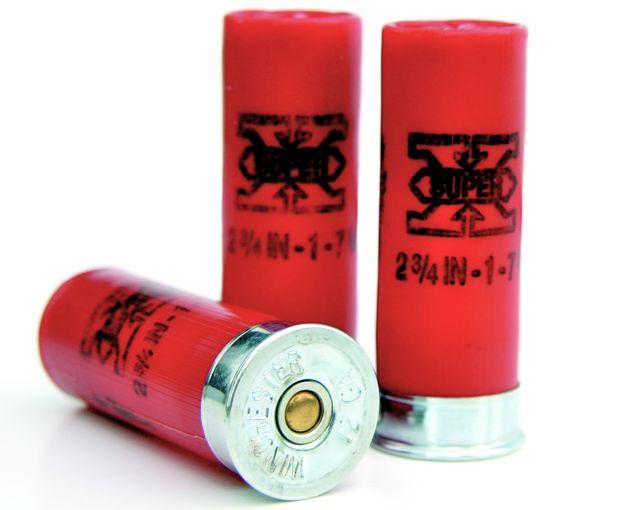 The best shotgun for hunting woodcock is one you can hit well with and carry without getting tired arms. A 20- or 12-gauge side-by-side or over-under is a good bet. I always use #7½ shot because it’s also heavy enough for ruffed grouse, which I often flush while woodcock hunting. Cylinder or improved-cylinder chokes are the best because most shots will be inside 30 yards. If your gun has a fixed full choke, consider getting Spred-R loads from Polywad. Suited for upland hunting in thick woods, these shells produce wide patterns at close range through full chokes.

When gunning for woodcock, the most common error is shooting too soon. This is most likely to happen when a bird flushes up near your feet and floats nearby for a few seconds like a drunken butterfly, figuring out where it wants to go. Shooting now will result in either a clean miss because the pattern is too small or a mangled bird if it’s hit dead on.

The key is to wait until the timberdoodle is roughly 15 yards out before mounting your gun; by the time you have the bird lined up and touch off the shot, it will be about 20 yards out. Then it will be about 30 yards out for the second shot, which is usually when I connect.

Woodcock are small targets, so if you can see one, it’s in range and worth a shot. And don’t hold out for a perfectly clear shot with no obstructing twigs, branches or leaves. If you do, a box of shells will last you a lifetime. As long as it’s a safe to do so, shoot through any screening vegetation at the disappearing blur. Some pellets will get through.

Just remember, the woodcock is not a one-pitch bird. When it flushes, you may get a knuckleball, a fastball or a twisting curveball. But hearing the whir of its wings always means the same thing: it’s time to step up to the plate and take your best shot.

Woodcock and bird dogs are made for each other. You’ll definitely get more flushes with a bird dog, because woodcock would rather hunker down and hide, trusting their natural, dead-leaf camo pattern as you pass close by. But they can’t hide from a dog’s nose. If you have to hunt without a dog, walk a tight grid through good cover because you practically have to step on a woodcock before it flushes. Also, stop frequently and stand still for 20 seconds. This seems to make the birds jittery, often triggering a flush when you resume walking.