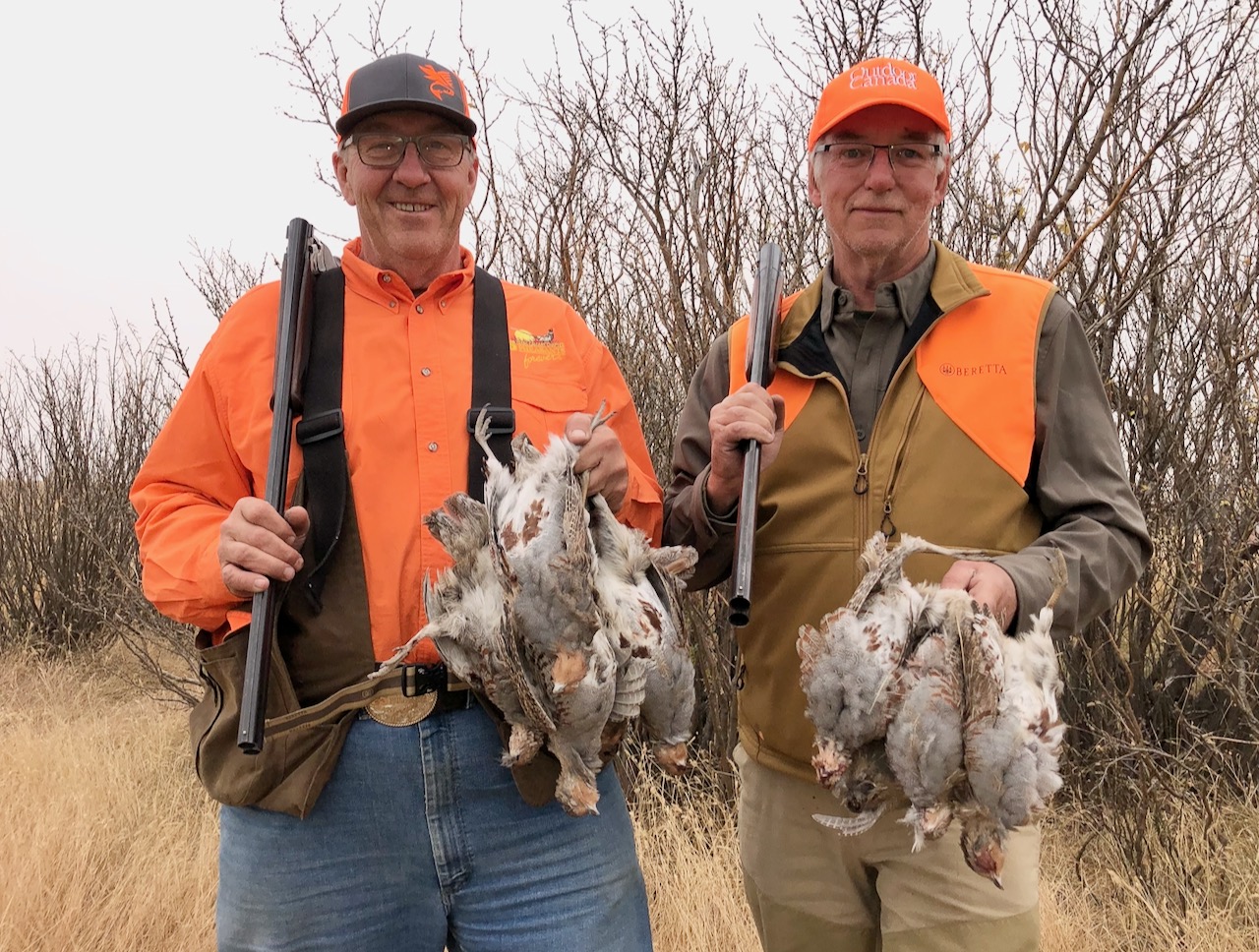 Hungarian partridge are skittish birds by nature, more so by the time the late season rolls around and they’ve been pushed around by hunters. Pressured Huns will go to any lengths to avoid being trapped, so they begin to move into thinner cover; those traditional spots that held birds throughout much of the season until now will be empty. This is the time to look for secondary cover that is less frequently hunted, or doesn’t provide the dense roosting cover the birds selected earlier in the season. Be aware, too, that if you do put up a covey late in the season, the birds are much less likely to go to thick cover when they resettle.

As the season draws to a close—it ends in January in my home province of Alberta—Huns can be virtually unapproachable. Often, you’ll find them in the middle of stubble fields, where they can see danger closing in from any direction. One tactic that works in that situation is to identify where they might fly to if flushed, then walk in on them from that direction, hoping they’ll bust directly overhead—and give you some rewarding late-season action.