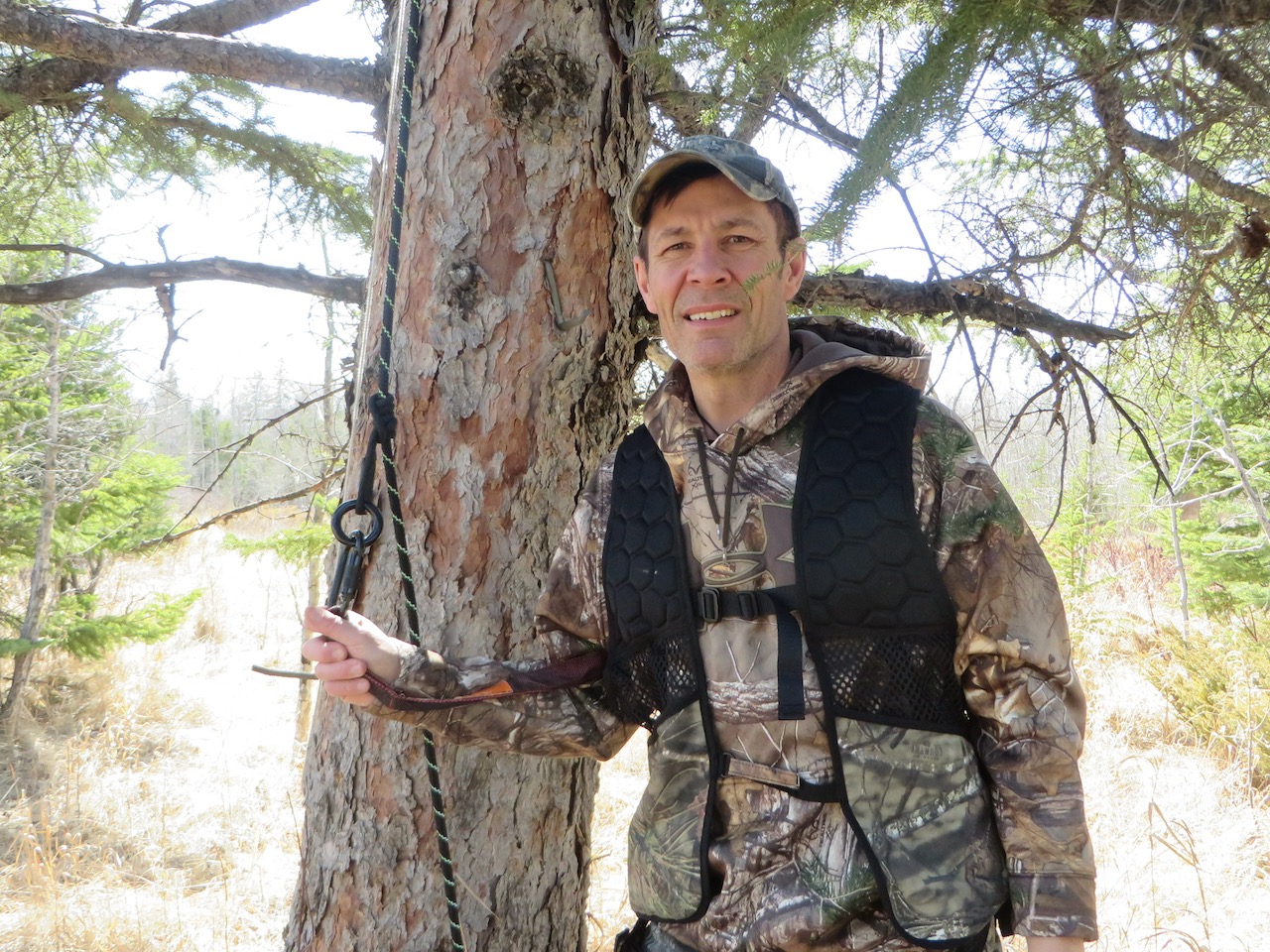 The author now stays tethered at all time
Hunting

I was seriously injured in a treestand fall. Now I wear my harness.

A cautionary tale about the importance of treestand safety

November 11, 2020, started out like most other deer-hunting mornings during the rut in Manitoba. Four inches of snow had dropped overnight, and I was excited to get into one of my treestands, 23 feet up a white spruce. The rut was ramping up, and I’d seen a fair bit of buck movement over the previous 10 days. After about an hour and 45 minutes in the stand, however, I had yet to see a deer. It was 8:45 a.m., so I decided to rattle one last time before heading home to be with my kids as planned.

Within a few minutes, a decent looking buck appeared about 250 yards away in the large meadow I was facing. He wasn’t coming my way yet, so I let out two grunts. He turned, and immediately started toward me. At this point, the wind was completely in my favour, and he walked past me at 50 yards and disappeared downwind. Unsurprised, I waited another 20 minutes hoping he would circle back, but I saw or heard nothing. I decided it was time to go.

I have been an avid bowhunter for more than 30 years, and I always attach myself to the tree with a safety belt. Up to that point, however, I’d never worn a safety harness, complete with a fall arrest system, mainly because I felt it was too cumbersome, inhibiting my movement. After lowering my bow and pack to the ground, I untied my safety belt, grasped my stand and placed a foot on what I thought was the first climbing step. It turned out to be a branch stub, and before I knew it, I’d spun 180 degrees, hit another large spruce tree beside my stand and started falling headfirst.

Suddenly, I jolted to a surprising stop approximately six feet off the ground with my legs above me, one boot caught on something strong enough to hold my weight. Now what, I thought, as I hung upside down with the wind knocked out of me. After taking a minute to catch my breath, I managed to pull myself up, release my foot from whatever I was hanging on, and slowly slide to the ground.

Looking back up the tree, I could see I’d been hanging from a sharp branch stub, the remnants of a freshly broken limb I’d snapped off on my way down. Still winded, I grabbed my bow and pack and started to walk. At that point, the hardest part was catching my breath; I thought I had either punctured or collapsed a lung. My truck was almost a mile away, and I could only walk 10 to 15 steps at a time before keeling over in pain and having to catch my breath again.

When I finally arrived home, my wife could tell just by looking at me that something bad had happened. She helped me remove my boots, as my side was incredibly sore and the foot I’d been hanging by was starting to swell inside the boot.

I didn’t hunt for a week as I dealt with sore ribs, significant bruising and swelling in my knee and foot. X-rays, and ultimately an MRI, revealed I’d broken two ribs, badly damaged the cartilage in my ankle and tore my ACL. At the time of this writing, I’m awaiting a nerve conduction test due to the pain I now have in both legs, a second MRI to look at my lower back, and an appointment with a knee and foot specialist. By the time the health care system determines what needs to be done, it’s likely two years will have passed since the accident.

I am not looking for sympathy, and I realize things could have been much worse. Like many people who have experienced injuries and close calls, I simply want to share my story to make others aware it can happen to them. I never considered myself to be cocky with regard to treestand safety, but clearly I got too comfortable with what was working for me—until it didn’t. I now have a safety harness, associated clip-in carabiners and safety ropes in all my stands.

Cumbersome? Not at all.