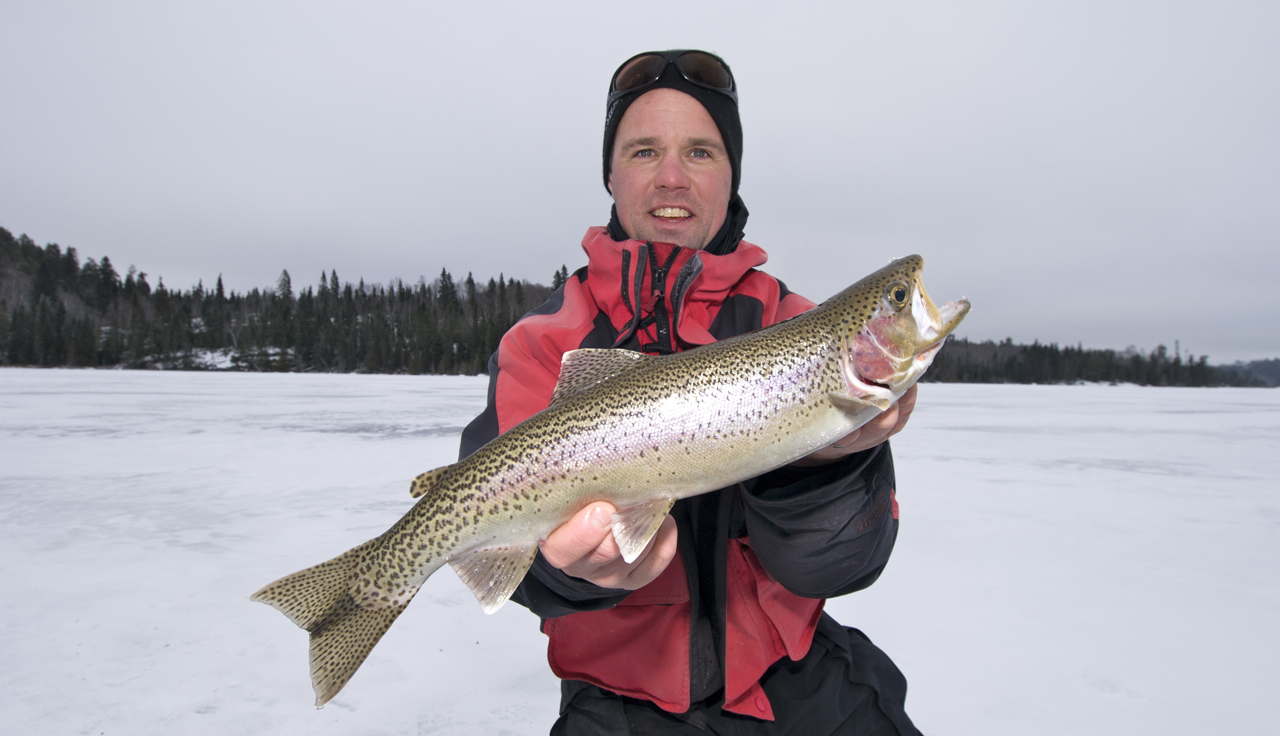 To land a wintertime trophy, try a “fished out” lake

Want to know the single most important fishing lesson I’ve learned over the years? You can’t catch fish if they’re not there. Sounds simple, but so many of us get caught up in the trappings of year-round angling—boats, motors, snowmobiles, augers, rods, reels, electronics and lures—that we forget that even the best gear is worthless if you park yourself on a spot where there are no fish.

So, what I’m going to say next will likely seem like a contradiction: This winter, you’re bound to enjoy some of the best ice fishing you’ve ever had if you target lakes that most folks regard as fished out. And here I’m talking about high-quality trophy ice fishing for double-digit walleye, gargantuan northern pike, huge lake trout, jumbo yellow perch and plate-sized black crappies. How so? Let me elaborate.

Why lakes get a bad rep

When sportfish populations are stressed, there’s usually an explosion in the forage base. Without large numbers of walleye, pike, lake trout and panfish harassing them, the shiner, smelt and cisco populations flourish. At the same time, the survivors in pressured sportfish population grow faster, mature earlier and get bigger than ever as they dine on the overflowing buffet table.

This phenomenon is one of the signs that fisheries managers look for when they sample fish populations. Indeed, in the early stages, anglers often mistake these fisheries as being fantastic, but the fish are telling a vastly different story. In fact, it’s the threat of collapse that makes females get bigger and mature earlier, all in order to breed sooner.

If the fishing pressure isn’t reduced and the scales are tipped, however, the lake ultimately develops a fished-out reputation and anglers shun it for greener pastures. And when that happens, you’ll likely have the lake to yourself.

Still, even though there are big fish to be found in lakes with a tarnished reputation, you can’t just show up, drill a hole anywhere in the ice and start hauling up the fish. If it were that easy, it wouldn’t have the reputation it does. Instead, here’s what you have to do.

Where to aim your auger

First, always drill your holes on the very best structures and cover. In other words, the locations that would attract a crowd of anglers on any other lake. Here’s a good example as to why.

At the Squeers Lake experimental fishery near Thunder Bay, Ontario, fisheries managers have been carefully studying the response of the lake trout population to an intentional, drastic over-harvest situation. Despite deliberately overfishing the trout population in the winter, anglers were still able to able to enjoy continued success when they concentrated their ice-fishing efforts on the absolute prime locations in the lake. Good structures, it seems, remain good until there are no fish at all left in the lake.

How to fool the fish

Next, only head out onto the hardwater when the conditions are at their absolute optimum—don’t go at any other time. And stick with using only tried-and-true trophy-catching techniques.

For instance, I’ve helped shoot more than a dozen major television shows on my favourite “tarnished” trophy northern pike lake over the past many years, and not once have we failed to land a monster. The biggest was a 54-inch, 34-pound King Kong gorilla that was one of the largest northern pike ever caught on camera. And every one of those fish was iced during a narrow 21-day window at last ice using a foot-long deadbait, presented on a quick-strike rig under a tip-up.

Then there’s what I call “Secret Lake #9.” It’s surrounded by buildings and within walking distance of my house in the middle of Kenora. I pick my days very carefully, tote only a small pack of equipment, arrive at last light and auger the holes by hand so I look like a rookie who doesn’t know any better. And while I rarely land more than three walleye during the hour or two I jig there, it’s more difficult to catch a fish under 10 pounds than it is to land one heavier than that magical mark.