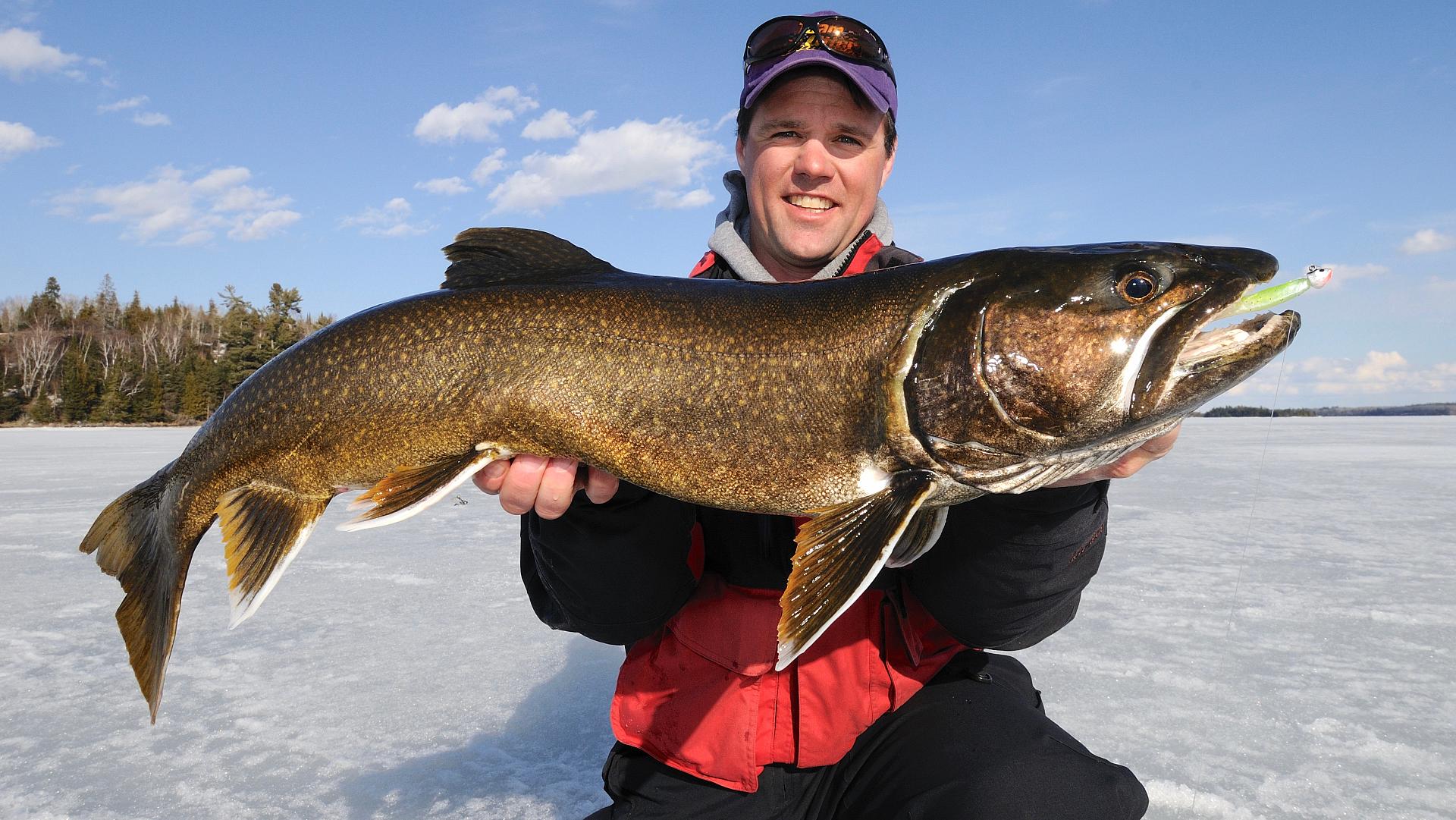 Why ice-anglers should be using use lighter fishing line

Not getting bites through the ice? Then you may need to lighten up

A perennial debate in ice-fishing circles is whether you should use the heaviest or lightest line possible to catch more fish. Fans of heavy line contend you need to be able to control a fish to land it, while the light-line devotees say it’s more important to impart action on your lure. So, who’s right? Well, the best ice anglers I know are on the light-line side of the debate.

Here’s why. The next time you’re out ice fishing for black crappies, bluegills or yellow perch, attach your lure to two- or three-pound-test line, then drop it down the hole and watch how well you can manipulate it. Now, do the same thing with the lure tied to four- or six-pound-test line. Watch the difference in how your lure moves, swims, dances and glides—there will simply be no comparison. The lure on the light line will be alive, while the lure on the heavier line will be dead.

The same thing happens when you go ice fishing for walleye with six- or seven-pound test rather than eight or 10, or for lake trout with 10-pound test instead of 12 or 14. You’d never think a change of only a pound or two in test would make that much difference, but it does.

Here’s an example. One winter about 10 years ago, legendary angler Al Lindner joined me and five friends on a daylong adventure into the backcountry, ice fishing for lakers. We fished as a tight group, running-and-gunning, then sitting on our snow machines parked close enough to one another that we could chat over the course of the day. We were all fishing the same spots with identical white tube jigs, but of the 32 lakers our group put onto the ice, Lindner and I caught all but eight. The only thing we were doing differently from the other five guys, I guarantee, was that we were using lighter line.