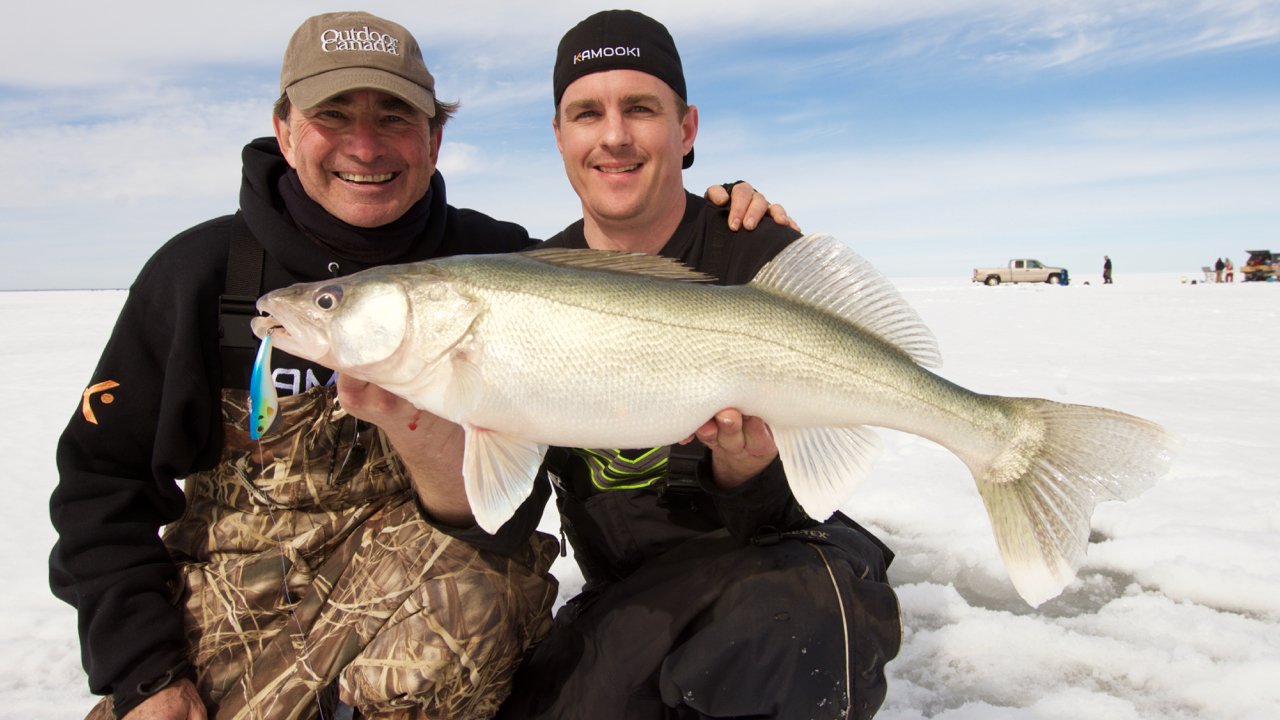 Why you need to use the Goldilocks ice-fishing bait

On many days, nothing opens the winter bite window wider or closes it faster than the size of your bait or lure. It’s a huge detail that many anglers overlook. Part of the confusion is that the optimal size bait varies among fish species in ways you might not suspect.

With northern pike, I’ve tested the limits over the years using freshly thawed dead baits, to the point where a foot-long herring, mackerel or sucker is now considered small. Big baits catch monster pike, while typically discouraging the teenagers from gnawing away on your offerings. Still, every winter I’m amazed that a small pike will attempt to swallow a dead bait almost half its size.

The dimensions of a walleye’s dinner, on the other hand, expands proportionately with the size of the fish. That’s why anglers jigging half-ounce lipless crankbaits such as Livetarget Golden Shiners and Kamooki Smartfish (below), as well as hefty spoons such as Williams Ice Jigs or Pelican Jigging Lures, catch so many giants in Lake Winnipeg every winter. But if you’re on a frozen lake, river or reservoir where double-digit fish are rare, you can fish all day and not get a bite using those same lures. Try a smaller Rapala Jigging Rap or ReelBait Flasher Jig tipped with a minnow head, however, and you’ll wear out your arms icing 18- to 24-inch beauties.

As for black crappies, science has shown us that the maximum size of their optimal forage is two and a half inches. Use a bigger bait than that and you’ll hurt your chances. A few years ago, for example, I ice fished for crappies immediately after two other anglers had vacated their holes and gone home. They had been using three- to four-inch live minnows left over from the previous day’s walleye fishing, struggling for hours to entice a couple of bites before I arrived. Fishing in the same holes with much smaller lures, I enjoyed the most frenetic crappie fishing of my entire season.

Winter lake trout are another story. More lakers have been iced using four-inch white, silver and transparent tube jigs than all other lures combined. Even the same trout that regularly wolf down herring, smelt and whitefish twice that size in the summer show a decided preference for these smaller baits in the winter. I long ago stopped wondering why. Now, I simply slap on a four-inch tube jig, and most days wear a smile that’s hard to wipe off my face.