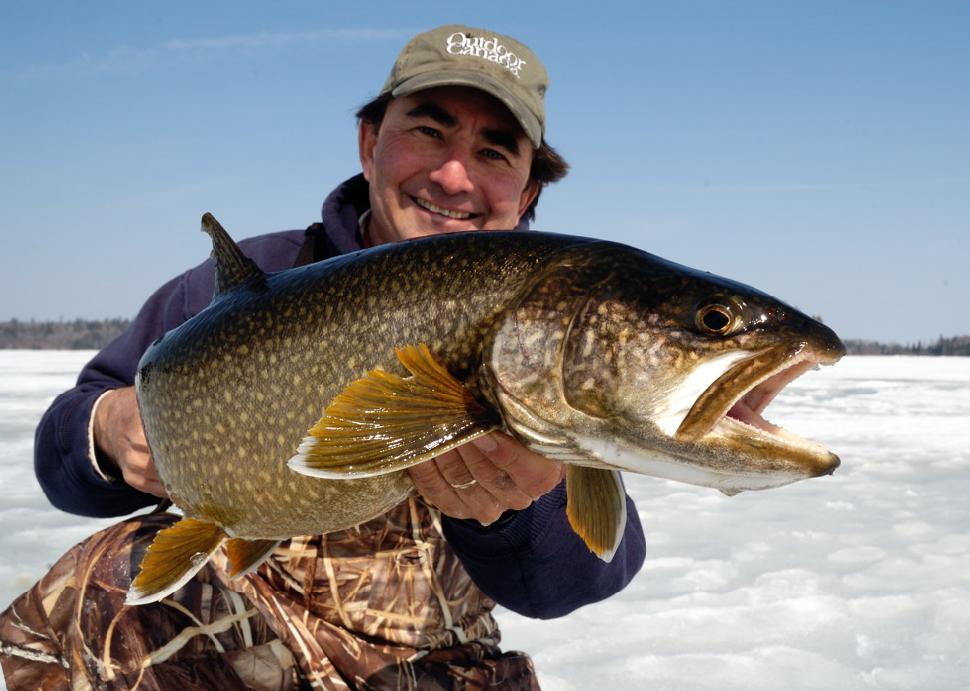 Tips for cold-weather catch and release

With the much warmer than normal weather we’ve been enjoying this year, the formation of safe, solid ice has been a long time coming – even up here in “God’s Country” … better known to mere mortals as Northwestern Ontario.

The big lakes, like Lake of the Woods and Rainy Lake are still wide open, as are most of the medium size ones.  The good news, however, is that the smaller shallower lakes are now icing over and careful anglers are finding it safe to walk along and fish close to shore.

Of course, the unseasonably warm weather has to give way to good ice making conditions eventually, so fine fishing is only a matter of a week or two away.  And with those colder temperatures will arrive a unique set of challenges for catch and release.

The good news is that in the winter fish metabolism rates are much reduced and frigid water temperatures offer little risk of thermal shock.  Cold air temperatures and severe wind chill factors, though, present challenges.

In sub-zero weather, when water freezes in seconds, it is important to protect a fish’s eyes and gill filaments.  The best way to do that is by keeping them in the water.  If you can release a fish in your hole without exposing it to sub-zero temperatures so much the better.  If you want to get a photograph, though, or the fish is so big you need to bring it out of the ice hole in order to turn it around, expose it to extremely cold air temperatures for as little time as necessary.

Another handling concern unique to ice fishing is pulling large fish like northern pike and lake trout out of two and three foot thick holes in the ice.  The entire weight of the fish is pulling on its vertebrae.  You can’t net them like you can in the open water season …. and gaffs are bad news.

So what do you do?

If the weather is mild, I like to carefully grab a big fish behind the gills and gently help it swim right out of the hole and onto the ice.  Then I slide my free hand under the fish’s belly so I can take the pressure off its spine.

Another interesting point.  Before I retired from the Ontario Ministry of Natural Resources, I co-chaired the Ontario/Minnesota Fisheries Technical Committee comprised of the biologists on both sides of the border.  I remember, at the time, the boys in Minnesota demonstrating that catching and releasing lake trout in the dead of winter is an extremely effective management aid with little or no impact on the fish.

The biologists caught trout using conventional ice fishing techniques, then measured, weighed and marked the fish before releasing them into a limno-corral constructed in 40 feet of water, stretching from the surface of the ice down to the bed of the lake.   Several days later, at the end of the study period, they retrieved the holding pen and carefully examined the fish.

Sixty-eight percent of the trout caught on set-lines survived … a reflection that fish caught on live and dead baits often swallow the hook and suffer post-release mortality.  But a whopping 91-percent of the lake trout that had been caught in the mouth area on artificial jigs survived after they were released.  Even in the middle of the winter when air temperatures were harsh.

“The survival of all lip-hooked lake trout,” the researchers concluded, “indicated that study-related handling, the removal of fish from deep water and handling in cold ambient temperatures had little effect on mortality.”

Something to keep in the mind in the days ahead as we eagerly look forward to venturing out onto the ice.