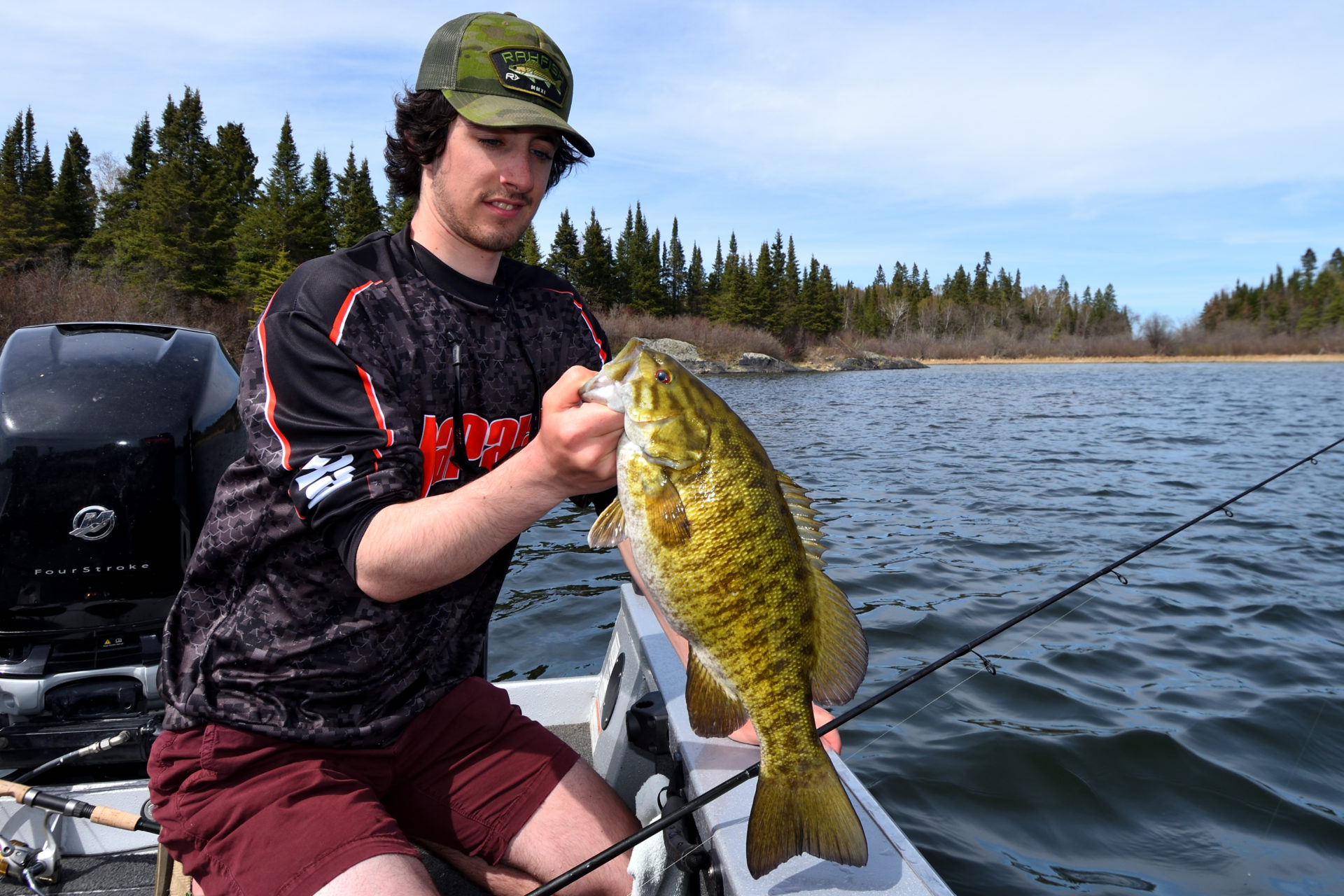 With northern smallies, it's harder to tell

It has been said that the government has no business in the bedrooms of the nation, but anglers can be excused for thinking otherwise—at least when it comes to the bedrooms of bass and other fish species.

I was finally able to break the elusive Lake of the Woods five-pound smallmouth bass mark on the weekend, landing a five-pound four-ounce male from the Sabaskong Bay area while casting a Texas-rigged Comida stickbait. It wasn’t my biggest bass ever (that belongs to a pair of six-pounders I caught in southern Ontario’s Lake Simcoe several years ago), but it was the biggest smallmouth I’ve landed in a Shield-type lake where the fish grow much more slowly. 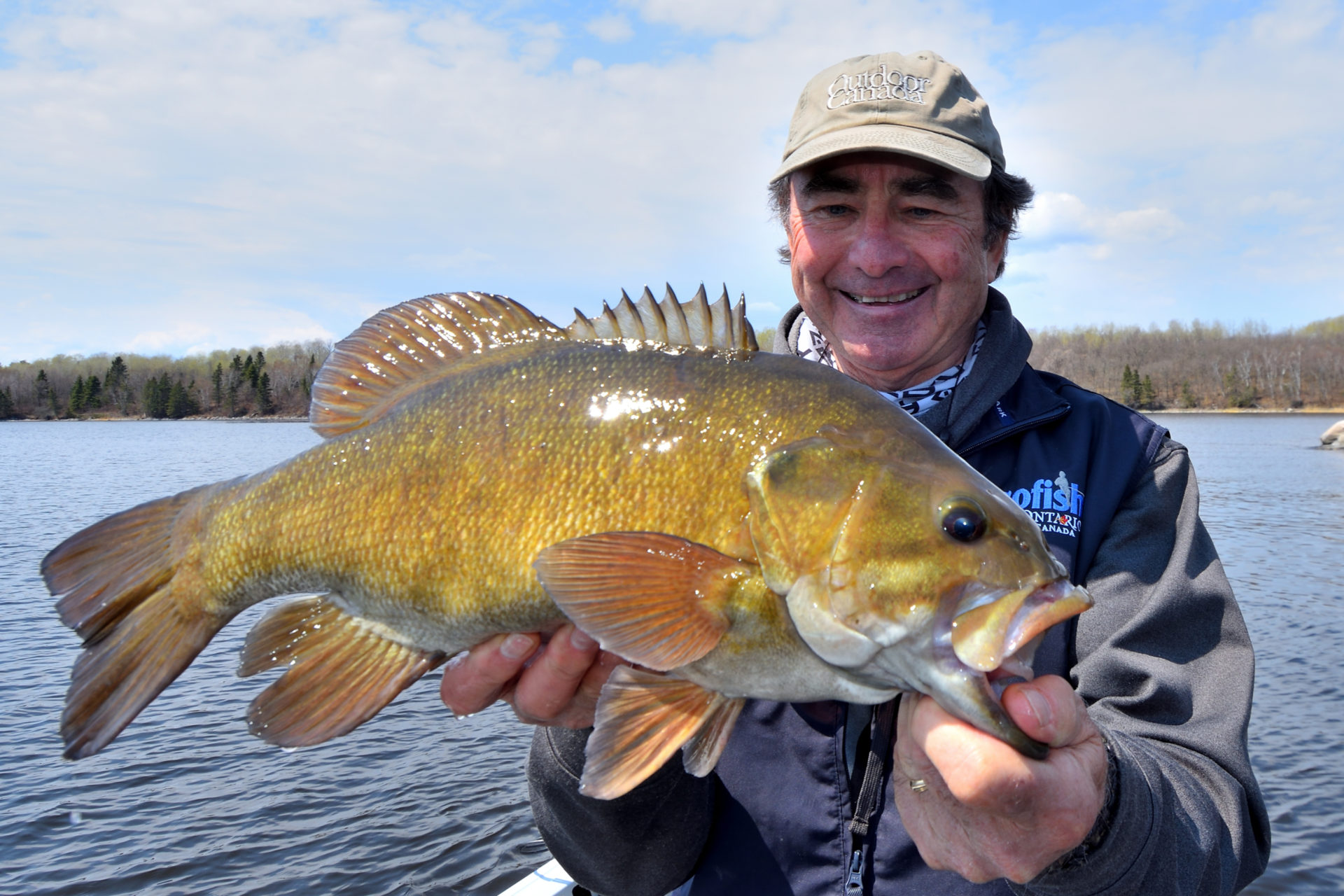 When I shared the images of my catch with friends, a common response was that “she” was a trophy indeed, implying that the biggest fish are females, which is generally true. As a matter of fact, fish managers will tell you that it is rare to see a male muskie over 40-inches in length. The giant record book toothy critters are almost always females. It is the same with walleye, yellow perch, northern pike and most other species as well.

The reason why the biggest fish are typically females is understandable when you consider that there is only one way a fish can lay more eggs and that is to grow bigger. So, Mother Nature typically bestows the growth and size advantage to the female members of the population.

But smallmouth bass, especially northern range smallmouth bass like the one I caught on the weekend, are a rare and intriguing exception. In comparison with most other fish species such as walleye, where an individual female may lay between 250,000 and 500,000 eggs, a female bass will lay only a precious few thousand. But, and this is an extremely important exception, those cherished few eggs are protected by the males, who will guard them and the fry with their lives—literally, and without even taking a break to eat—for upwards of six weeks. Because of this remarkable guarding characteristic, however, Mother Nature bestows an equal, and even greater size advantage to the male members of the northern range smallmouth population—to the point where guarding males will absorb water through osmosis so that they appear even bigger and more intimidating while warding off intruders.

I say “northern range,” too, because remarkably, only one third of the male bass in our northern waters spawn, and the ones that do were pre-selected a year earlier. In small- and medium-sized lakes, this means that the population literally hinges on a handful of mature males first being able to survive, then being able to successfully do their thing.

My good friend Dr. Mark Ridgway, a former Ontario Ministry of Natural Resources colleague, headed up the Harkness Research Laboratory on Lake Opeongo in Algonquin Park and for many years helped contribute to the longest continuous census of any animal population on Earth. The two biggest bass that Mark ever examined were guarding males.

That was what was so evident with the bronze beauty I caught on the weekend. It was remarkably well conditioned and fit, and clearly not bulbous—the sure sign of an egg-laden female.

I must confess, too, it made the catch all the more special as I watched him swim quickly away.