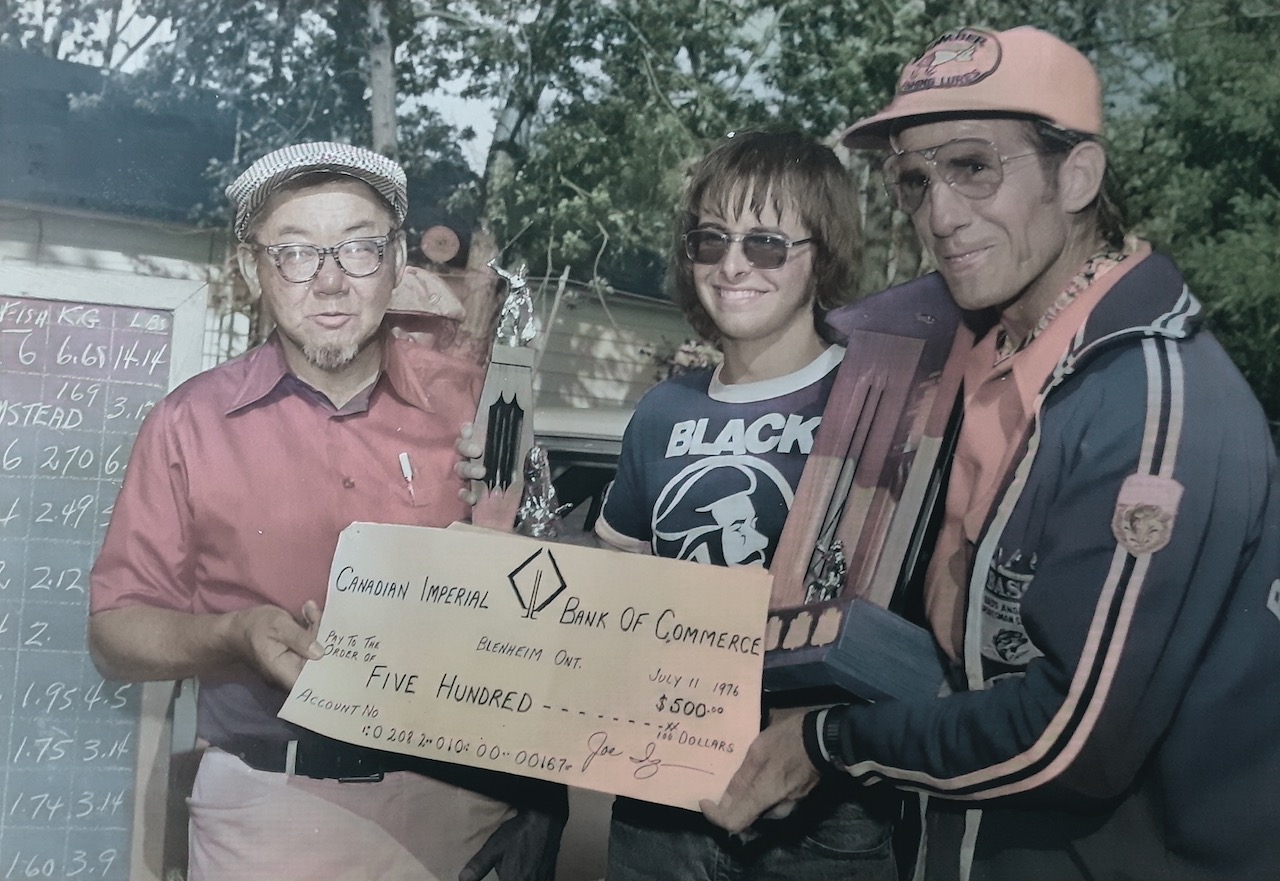 Before TV star Bob Izumi burst onto the fishing scene, there was his father, Joe, founder of Canada’s first-ever organized bass tournament

Joe Izumi had calluses on his hands. He’d been sawing old oaks and digging to clear space for new roads in Ontario’s Rondeau Provincial Park. Standing on the edge of Rondeau Bay, he daydreamed about dropping his line into the clear water and down through the lush green vegetation. He knew there would be fish there. On the glassy surface, Joe could see his tired reflection. Then the sound of his name being called through the trees snapped him back to reality. He walked back through the bush, stepping over fallen branches, emerging to rejoin the work crew of interned Japanese Canadians under the watchful eye of police.

Joe was a long way from home. Before Japan’s surprise bombing of Pearl Harbor in 1941, he had been living with his parents and sisters in B.C.’s Cowichan Bay area, where he attended school and fished the local waters for salmon. It was his teachers who first started calling him Joe, saying his Japanese name, Satoshi, was too difficult to pronounce.

He loved the water and wilderness of Vancouver Island, the only home he’d ever known. As the Second World War progressed, however, that all came to an end when his family’s property was dispossessed by the Canadian government and they were ferried to Vancouver, then loaded onto trains and forcefully dispersed to internment camps. It was a dramatic end to the life his father, who emigrated to Canada in 1900 at age 18, and mother had built for their children.

They were not alone. Starting in 1942, Ottawa forcefully removed more than 22,000 Japanese Canadians from their homes in B.C. during the war years, viewing them as a threat to national security. Joe’s parents and sisters were interned at Lemon Creek Internment Camp in B.C.’s Slocan Valley, while his youthful fitness was needed in Ontario. With that, Joe was held first at Jackfish in northern Ontario before he was sent south to Dover Centre to work the sugar beet fields. He finally ended up at Eatonville, a road-building camp only a few kilometres from the shores of Lake Erie, and Rondeau Bay. He was 24 years old.