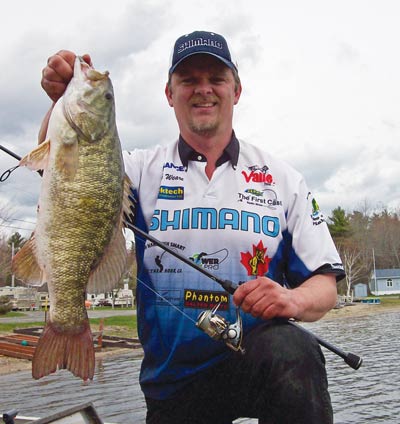 When to fish: Late June to early July.

Where to fish: Fish the western side of Île Cadieux out to the nearby flat, and in the current around Île Rainville near Highway 20 and Vaudreuil-Dorion.

Tip: Use jerkbaits over the flats near shore, or try drifting Senkos in current areas.