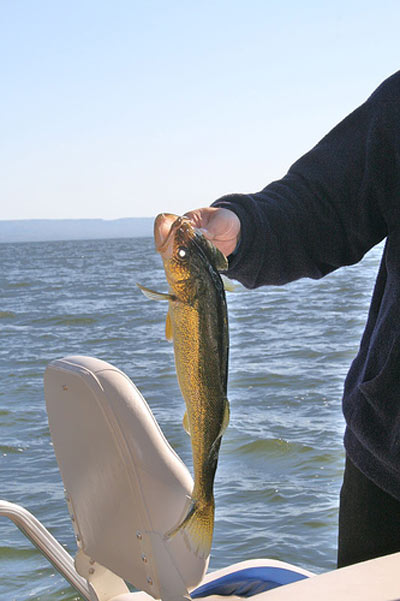 Only in northern Alberta could a 100-kilometre-long lake be considered “lesser.” But we’ve never doubted Lesser Slave’s greatness, where a skilled angler can catch and release 50 walleye a day. The fish average a healthy five pounds, but every year sees catches of 12 pounds and bigger. The region faced an enormous challenge last May when fires hit the lake’s southern end, but the parks, campgrounds and resorts are back in action, and the ’eyes are hungrier than ever.

When to fish: June to mid-July is prime.

Where to fish: Early in the season, fish near Faust and Joussard. Later, try near Spruce Point and Canyon Creek.

Tip: Use a jig-and minnow combo early in the season, and bottom bouncers with leeches later.