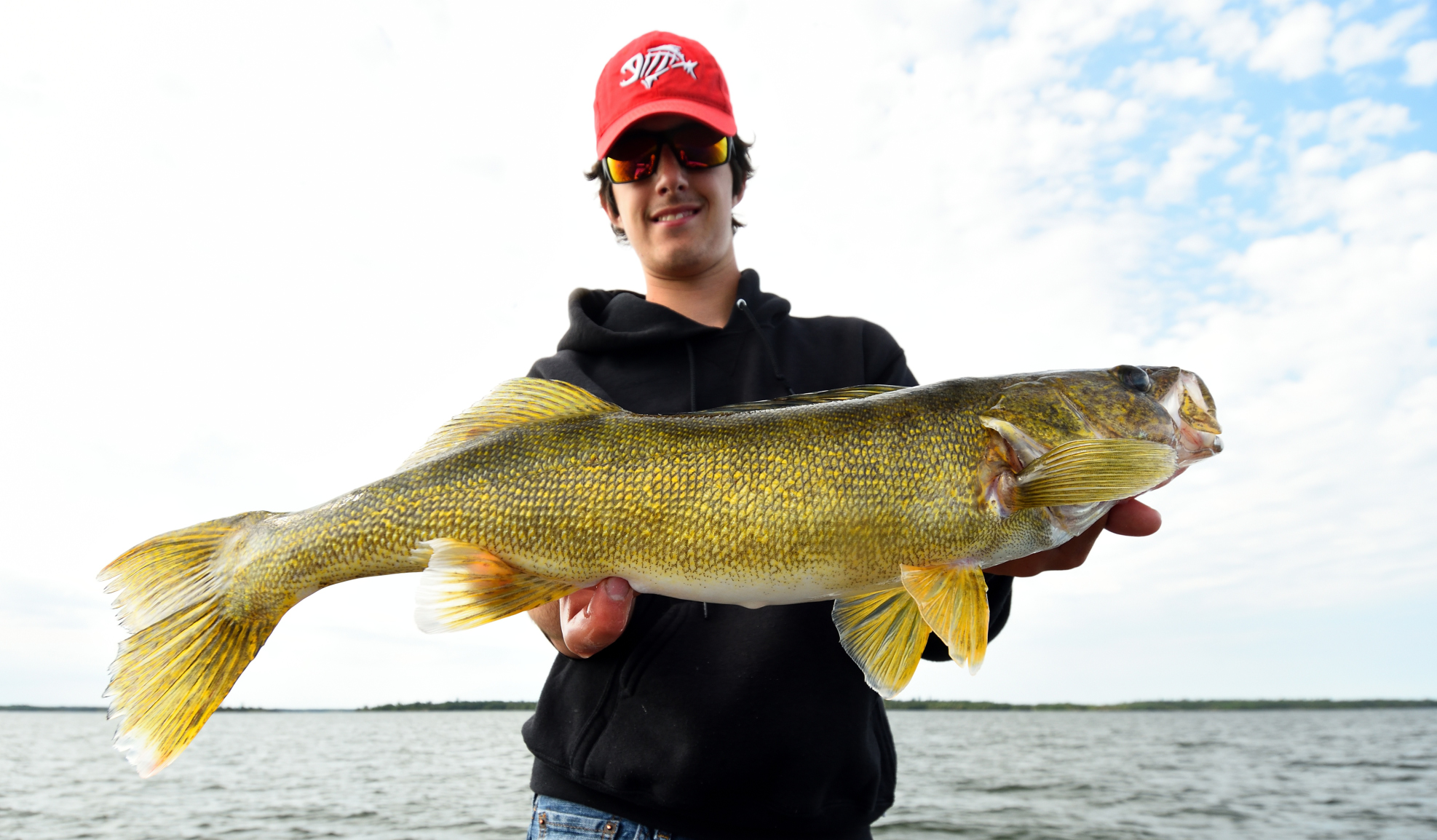 Are you missing strikes? Then try "letting it load" first

Last Friday was not only the best day of fishing so far this season, it may well have been the fastest one hour of action I’ve ever enjoyed. It was so out-of-this-world fast and furious, in fact, that I did not wet a line the entire time.

Instead, I ran around the Kingfisher frantically netting double, triple, even a couple of quadruple headers. And when I wasn’t netting a surface thrashing fish, I was kept busy baiting hooks.

We reckon in 60 minutes of non-stop action we landed over 70 walleyes, yellow perch and smallmouth bass.  The reason we have such a good handle on the number is because we had brought along seven dozen minnows, crawlers and leeches and an hour later there was not a single one left.  And several times the gang caught more than two or three fish on one bait.

And are you ready for this: I kept the Minn-Kota Ulterra on Spotlock—my lord, how I love that feature—and never once moved the boat.  And the entire time we were fishing, both Helix 12s, the one at the front of the casting platform and the other on the console, made it looked like a horizontal Christmas tree lying down on the bottom festooned with bright lights.  That is how many fish were stretched out below the boat, literally, from bow to stern light.

But, there were a few swings and misses to start the festivities when my wife Lynda, daughter Jenny and grandson Campbell dropped down their jigs.  Not so, however, with my oldest grandson, Liam, however, who long ago learn to wait and let the rod load before setting the hook.

It is a problem many occasional anglers encounter.  They feel a fish so sharply bite with today’s hyper sensitive rods and non-stretch super lines and immediately set the hook.  More often than not, they yank it out of the fishes’ lips and reel up a bare hook or lure.

In fact, I wish I had a dollar for every time I’ve told a new angler in the boat with me, to take their time, let the fish eat the bait and wait for the rod to load before they finally set.

In fact, what I usually wind up doing is playing a little game and having them agree that they will not swing on a fish until they first tell me out loud  that they can feel it taking their bait.

Just taking the time to say, out loud  …. “There, I can feel one now! …. is enough for a walleye, bass, yellow perch or black crappie to wrap its lips around the hook.

Which brings us to this week’s short Fish Talk With The Doc video that I recorded for Angelo and Pete and the Fish ‘N Canada Show.  Who knows, if everyone waits for their rod to load the next time you take the gang out fishing, you, too, may experience the fastest fishing action ever.