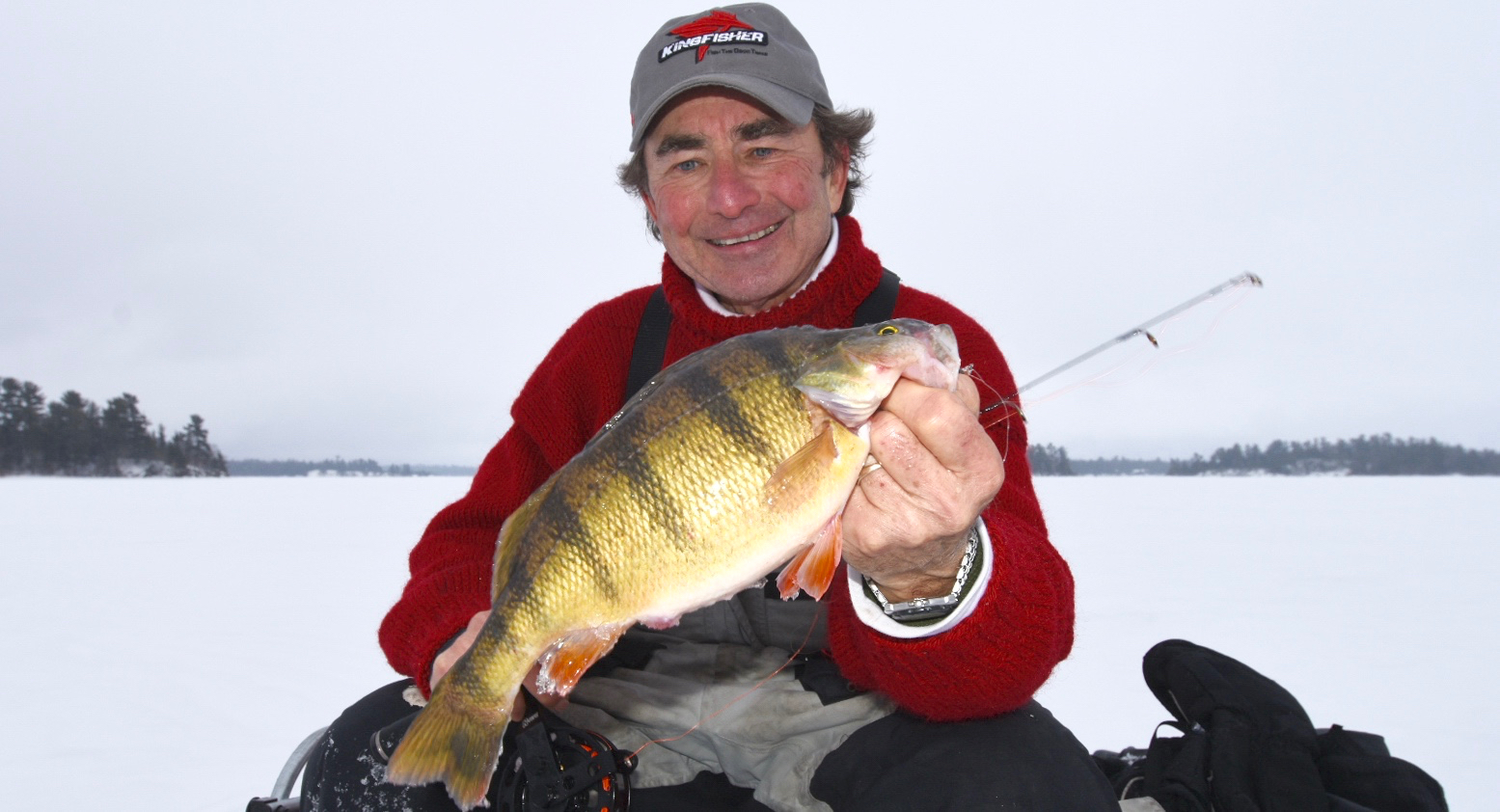 When minnows aren't working, it's time to try these winter wigglers 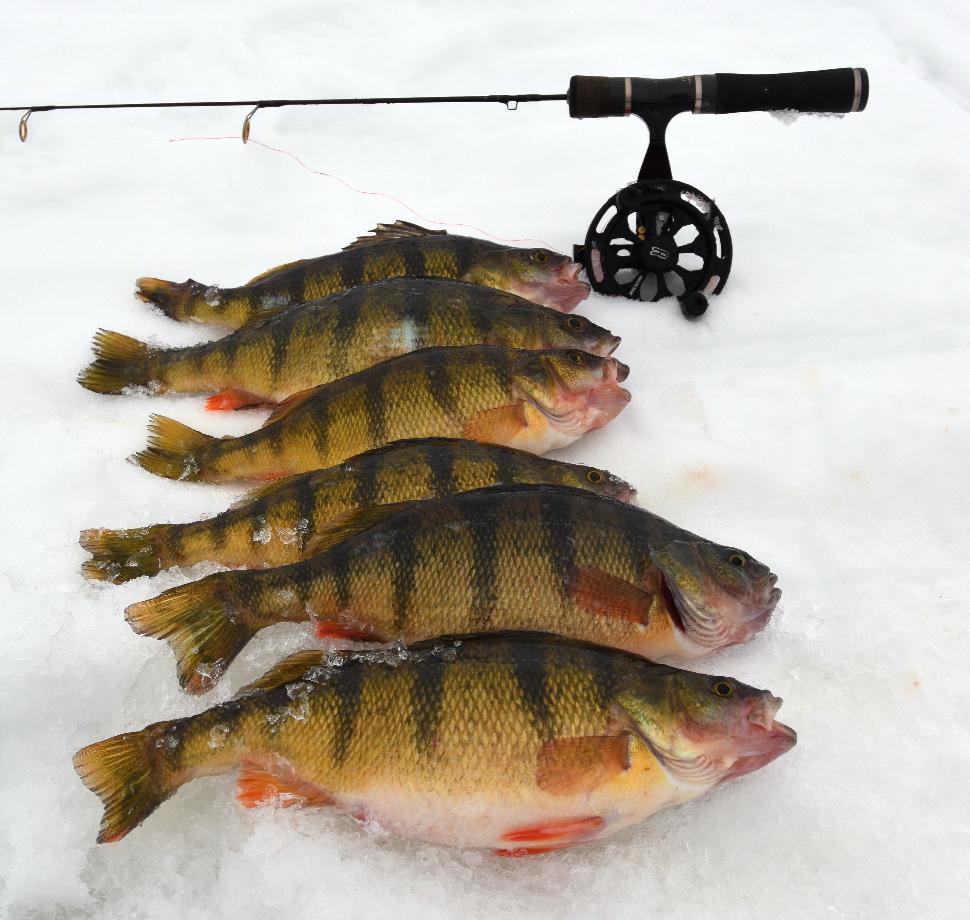 Despite what many anglers believe—at least if you watch how they fish—a minnow isn’t always the solution to your ice fishing presentation problems, especially when you’re fishing for yellow perch, black crappies and speckled trout.

I was thinking about this the other day when grandson Liam and I were jigging for walleyes and watching what we were certain were big bonus yellow perch swimming up to look at our minnow tipped Flasher Jigs.

They looked … but they didn’t bite.

Well, they did bite, but only after we dropped down much smaller red and white tungsten jigs tipped with bloodworm imitations. We barely had time to flip over the bails on our reels, after our bugs reached bottom, before a husky jumbo perch would suck it greedily.

It is the endearing power of the midge/chironomid larvae or, as it is better known, the bloodworm. 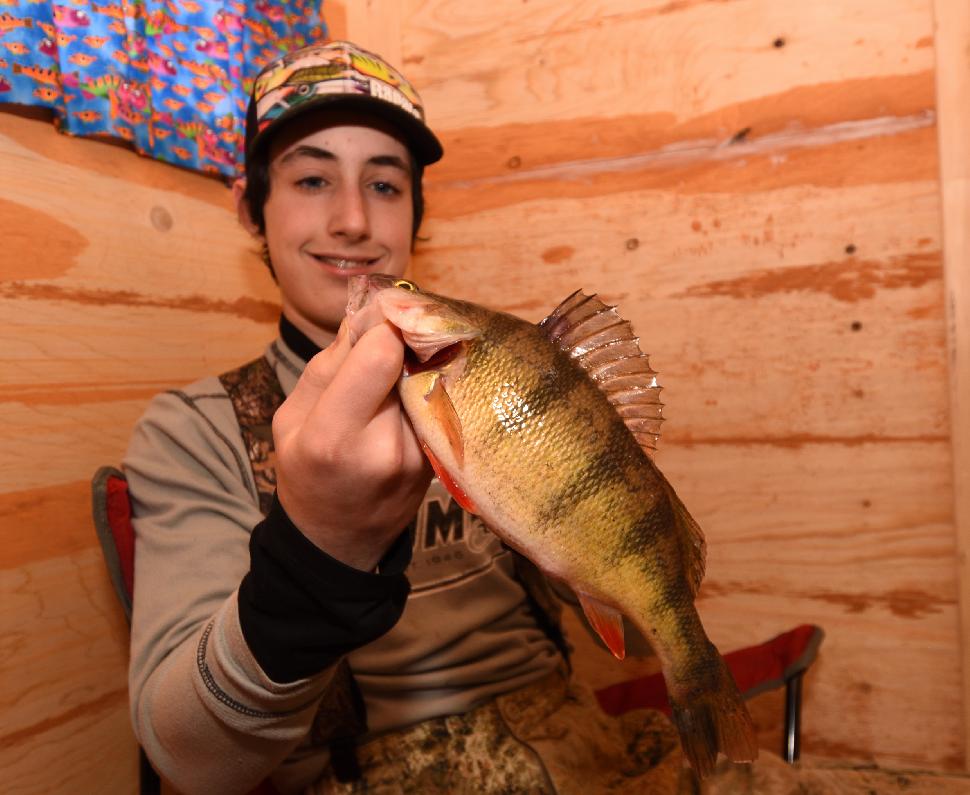 Chironomids are crucial recyclers of nutrients, converting plant and animal matter on the bottom of a lake, river, reservoir, pit or pond into pounds of perch, black crappies and trout.

And while bloodworms fare well at the lake bottom interface where oxygen levels are sometimes reduced, anoxic conditions are not a prerequisite. Indeed, there are so many varieties of chironomids that you can find at least one or more members in just about every waterbody.

The life cycle begins when swarms of adult mosquito-like midges mate in mid-air and the ripe females skim across the surface of the lake, dipping their abdomens into the water, depositing their eggs.  The miniscule seeds sink to the bottom, and within a couple of weeks hatch into billions of worm-like larvae with distinguishable body segments.  The larvae subsequently make their homes in tiny tubes they construct on the bottom – using muck, mud and mucous – that stick up like millions of miniature smoke stacks.

Many of the worms are crimson in color (hence the bloodworm moniker). That colour comes from living in an oxygen-deficient habit, where the worms are forced to store oxygen in their blood. But not all are royal red. Many, in fact, are dark green, olive and various shades of brown.

As the larva mature over the winter and following spring, they eventually lock themselves up inside their now sealed off cocoon-like homes, mutate into pupae, grow even plumper, and then chew their way out of their high-rise apartments. Slowly ascending from the bottom on a bubble of gas tucked under their bellies, squadrons of pupa pop to the surface, wiggle to break through the film and then split their external cases. Adult feathery midges finally emerge, dry their wings and fly off to resume the cycle of life.

It is worth mentioning, too, that these are the bugs that look like mosquitoes, that swarm around your face, but don’t bite.

In the winter, yellow perch, black crappies and just about every species of trout, gobble up chironomids with glee wherever, whenever and in whatever form they find them. 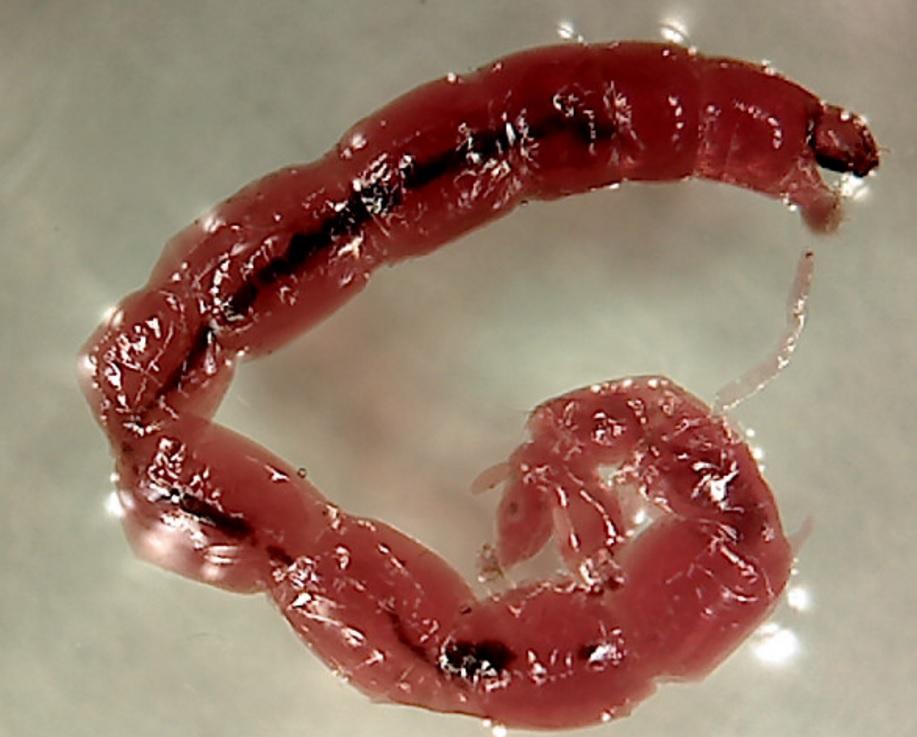 Right now, however, it is the larval segmented worm-like stage that is most important for ice anglers.

I’ve always found that tipping a small #6 or #8 Marmooska jig with one or two maggots works wonders when I find the fish dining on bloodworms. Another great option is putting a string of six or seven Trigger X or GULP! Euro larvae onto your hook. Last but not least, I’ve done extremely well pinching off a piece of red Gulp! Mini Earthworm.

Putting together the bloodworm lure package, however, is only half the battle.  How you present the bait is equally critical, especially when the perch are picky.

Unlike many aquatic insects, larval chironomids are not movers and shakers.  While they have the ability to swim freely, for the most part, they’re homebodies preferring the safety and security of their mud and mucous smoke stack shelters. When the worms do wiggle away it is usually never too far, not for long and rarely in an aggressive manner.  Which is why most days, a do-nothing tight line presentation is often the best way to present your bait and catch fish.