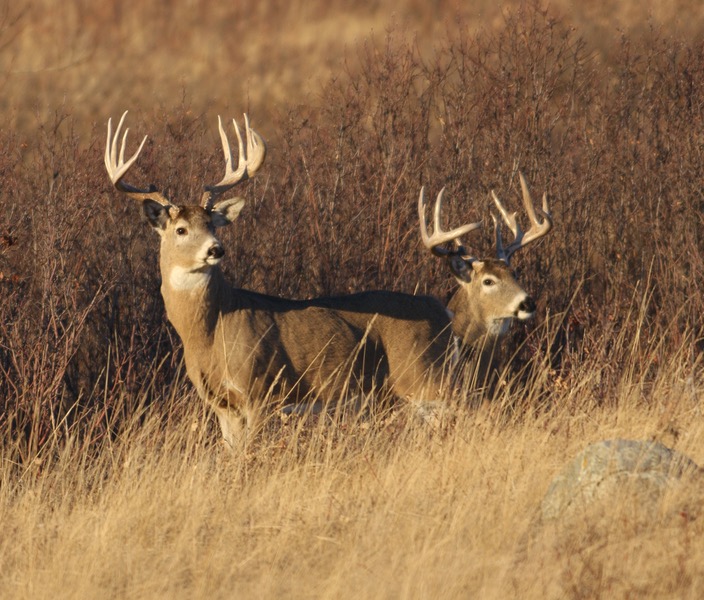 Looking for big bucks? You need to understand these 6 key whitetail sounds

All about grunts, snorts, bleats rattling and more

No, whitetails are comparatively quiet animals—you rarely hear them unless they blow an alarm snort. But they do commonly communicate using an array of vocalizations, typically subtle noises when they’re in close proximity to one another. And the tones vary depending on the age, sex and size of the deer, resulting in a broad assortment of sounds. Most hunting manufacturers offer instructional DVDs on how to properly mimic the various sounds-watch, learn and practise before heading afield if you’re new to deer calling. Make an unusual sound and you’re bound to spook the deer instead. 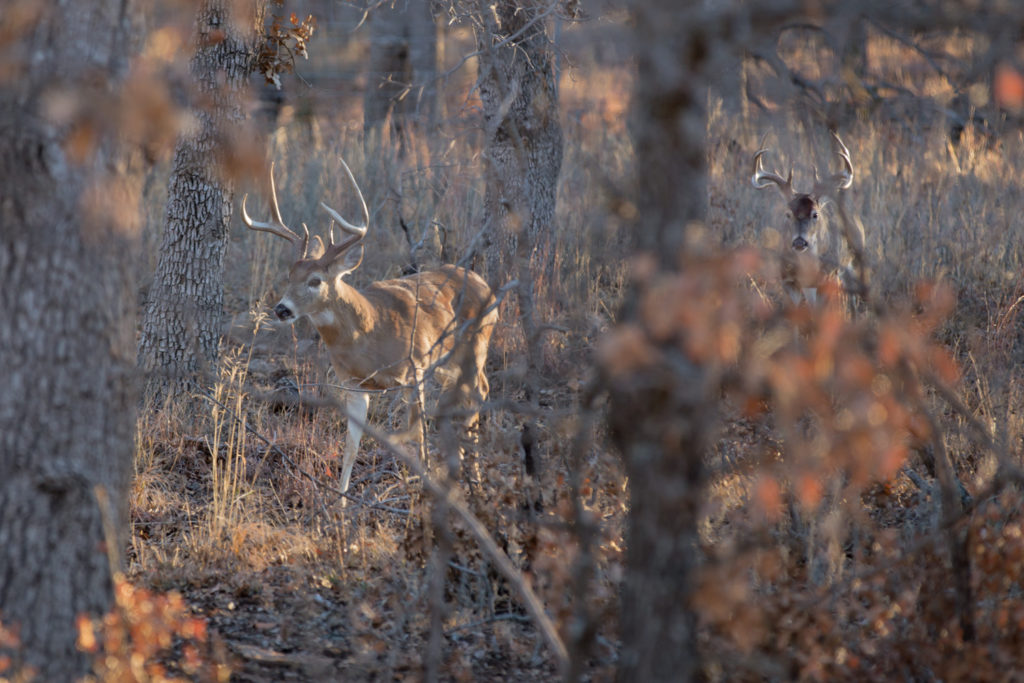 Bucks are most vocal during the rut, when one of their most common calls is the contact grunt. Used to announce their presence to other deer, it sounds like urrp. As bucks mature, the sound of this short, guttural grunt becomes deeper.

Bucks make long, drawn-out grunts when they’re in the company of a doe in heat. These are called tending grunts. As a mature buck approaches a doe, he’ll typically emit several short grunts followed by the louder extended tending grunt. While making this grunt, the buck will usually run at the doe, chasing her a short distance in hopes she’ll stand for breeding once she stops.

A buck makes the snort-wheeze when he’s highly agitated—it’s the last sound he makes before attacking another male. The snort-wheeze is created when the buck quickly inhales and exhales several times, making a loud breathing sound, followed by one drawn-out inhale. This is a clear signal to an intruding buck to back off or prepare for an all-out fight. 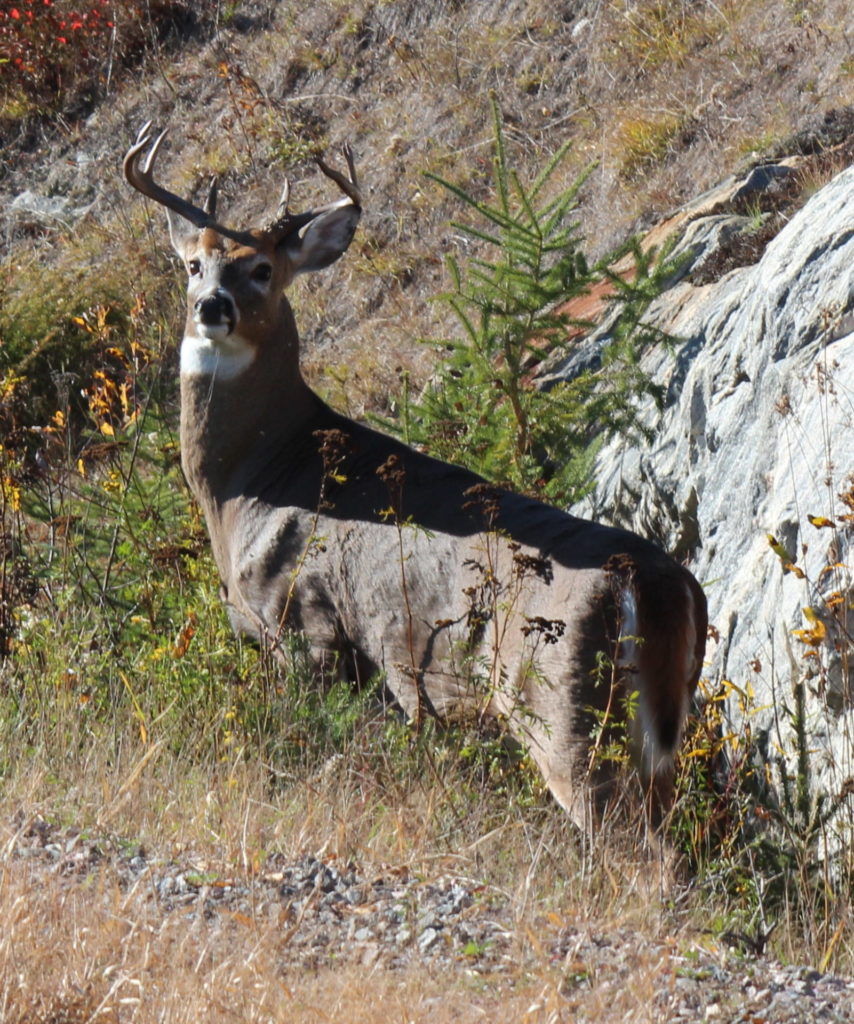 This is the most common deer vocalization people typically hear, and the last one you want to hear if you’re a hunter—it means the deer has seen, heard or smelled you and you’re busted. A deer makes the alarm snort by forcing air through its nasal passages. Not unlike the sudden explosion of a ruffed grouse taking flight from underfoot, the sound of an alarm snort seems to stop time for a second or two.

Mature bucks rarely if ever make this sound, however-—they’re more the strong, silent type, preferring instead to simply vanish into the forest.

Made by does and fawns, bleats sound softer than grunts, but they’re similar in volume and length. Does often bleat when beckoning their fawns to follow them, but they’ll also bleat when asserting their dominance over other deer. Fawn bleats are noticeably higher pitched. 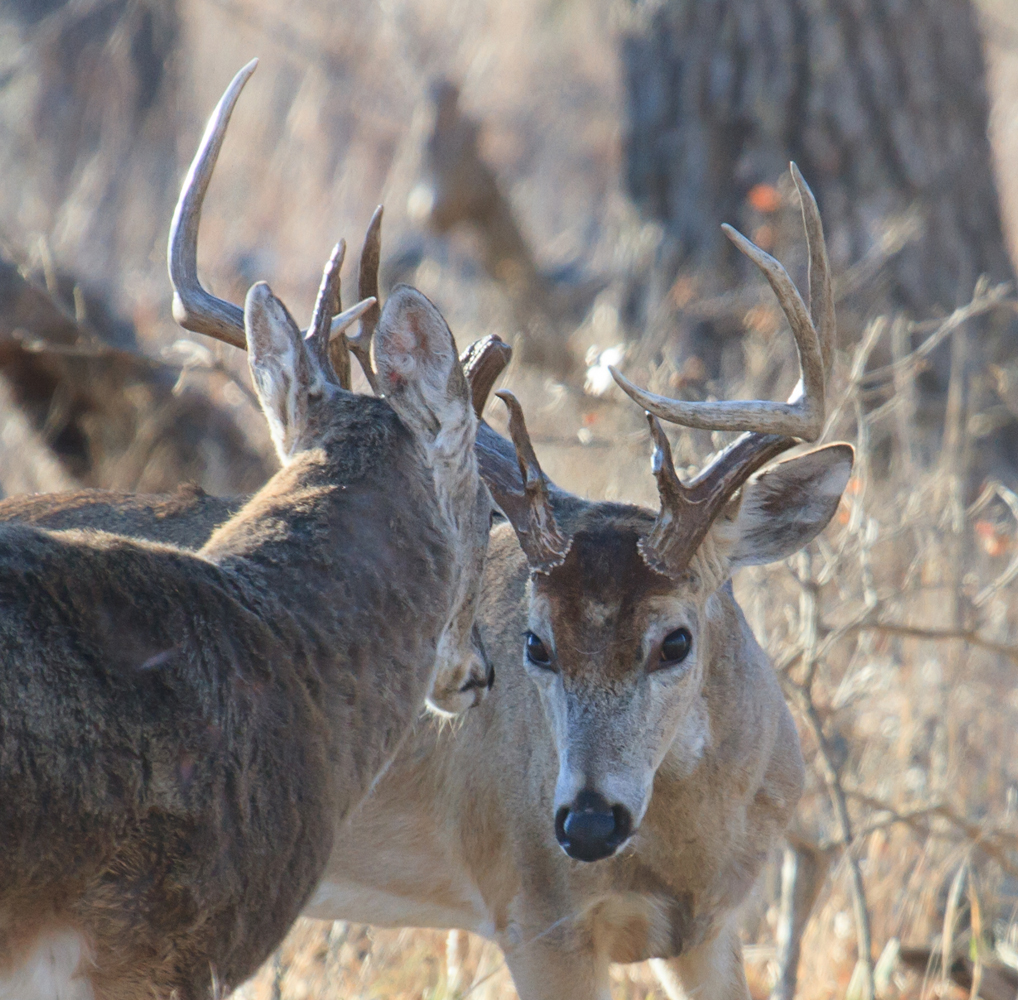 White-tailed bucks are constantly dialled in to the various noises in their surroundings. Along with vocalizations, the sound of clashing antlers will also pique their curiosity during the fall rut-and lure them in to have a look.