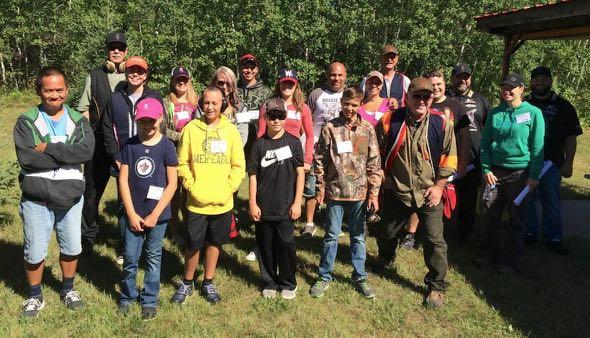 To make it easier for hunter education graduates to get the firearms experience they need to start hunting, the Manitoba Wildlife Federation recently started a new program called First Shot. By providing new hunters with the chance to shoot a variety of guns, First Shot aims to make them comfortably proficient around firearms when hunting, says MWF managing director Rob Olson.

While the MWF runs the Hunter Education program as well as a hunter mentorship program, Olson says instructors were getting feedback from graduates that they weren’t sure how to take the next step into the field. “You had this shooting-skills gap in the centre,” he says. “You can’t just show up at a mentored hunt without having fired a gun.”

Part of the issue, Olson says, is that a lot of new hunters don’t have mentors in their families. “There wasn’t a father, mother, uncle or granddad who could then take them out for the hands-on shooting training part,” he says. “In many cases, the mentorship link has been broken, so we had to provide that.”

To that end, the MWF held its inaugural First Shot last summer at the St. Hubertus Game and Fish Association outside of Winnipeg. Olson says the 30 participants (above) came from all walks of life, a trend he says is growing in the hunting community, especially as the core hunting base gets older. “There’s a tremendous demand among new kinds of people who don’t necessarily have hunting in their background,” he says. “They’re into it to get food as much as anything, and for me, that’s a great motivator.”

So far, there have been two First Shot related events, and Olson says a third, in Portage la Prairie, will be added in 2017. The plan is to grow the program as long as there’s a demand. Says Olson: “Our vision would be to have them spread out throughout the province so that people won’t have to travel further than an hour to get to one of these training opportunities.”