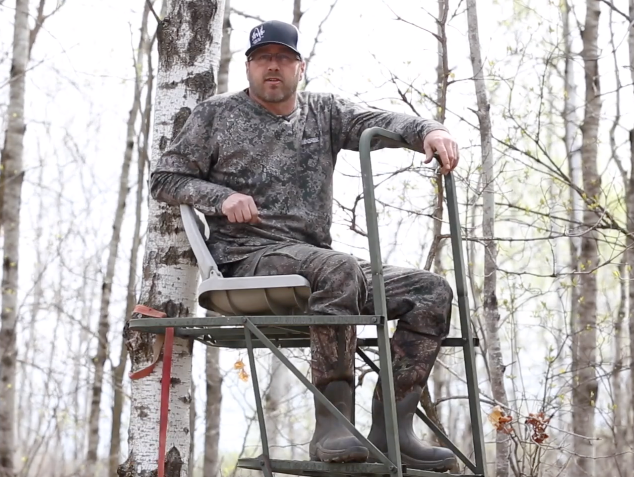 MWF videos will explain the fundamentals of angling and hunting

Doing its part to educate new anglers and hunters in the province and beyond, the Manitoba Wildlife Federation recently launched two new series of short videos explaining the fundamentals of angling and hunting for various fish and game species.

According to MWF managing director Brian Kotak, Field to Fork covers everything you need to know about hunting, cleaning and eating a wide variety of big and small game, from rabbits and squirrels to moose and bears. On the fishing side, Lake to Plate examines the ecology of various fish species, and provides tips on where to find them and how to catch them.

The first Field to Fork video was released in May, featuring Wild TV’s Jason Dyck explaining the basics of where and how to place a treestand for hunting black bears in the spring. Subsequent videos about black bears have covered scouting, baiting, skinning and so on. More videos in both the Field to Fork and Lake to Plate series are in the works.

Shot primarily by MWF staff, the three- to five-minute videos are produced and edited in-house, then posted on YouTube and the MWF website. Moving forward, well-known Manitoba anglers and hunters will continue to host the videos, Kotak says. At press time, for example, the MWF was lining up writer and angling celebrity Don Lamont to shoot some of the fishing content.

Funded by the MWF, along with Travel Manitoba, the Fisheries and Wildlife Enhancement Fund and the Manitoba Lodges and Outfitters Association, the videos have so far received a lot of positive feedback, Kotak says. While the biggest push to generate more content and post it on social media will come during the next two years, he adds, the videos will remain an ongoing project. And they’ll be accessible to anyone, even if they’re in the field or on the water, as long as they have an internet connection.