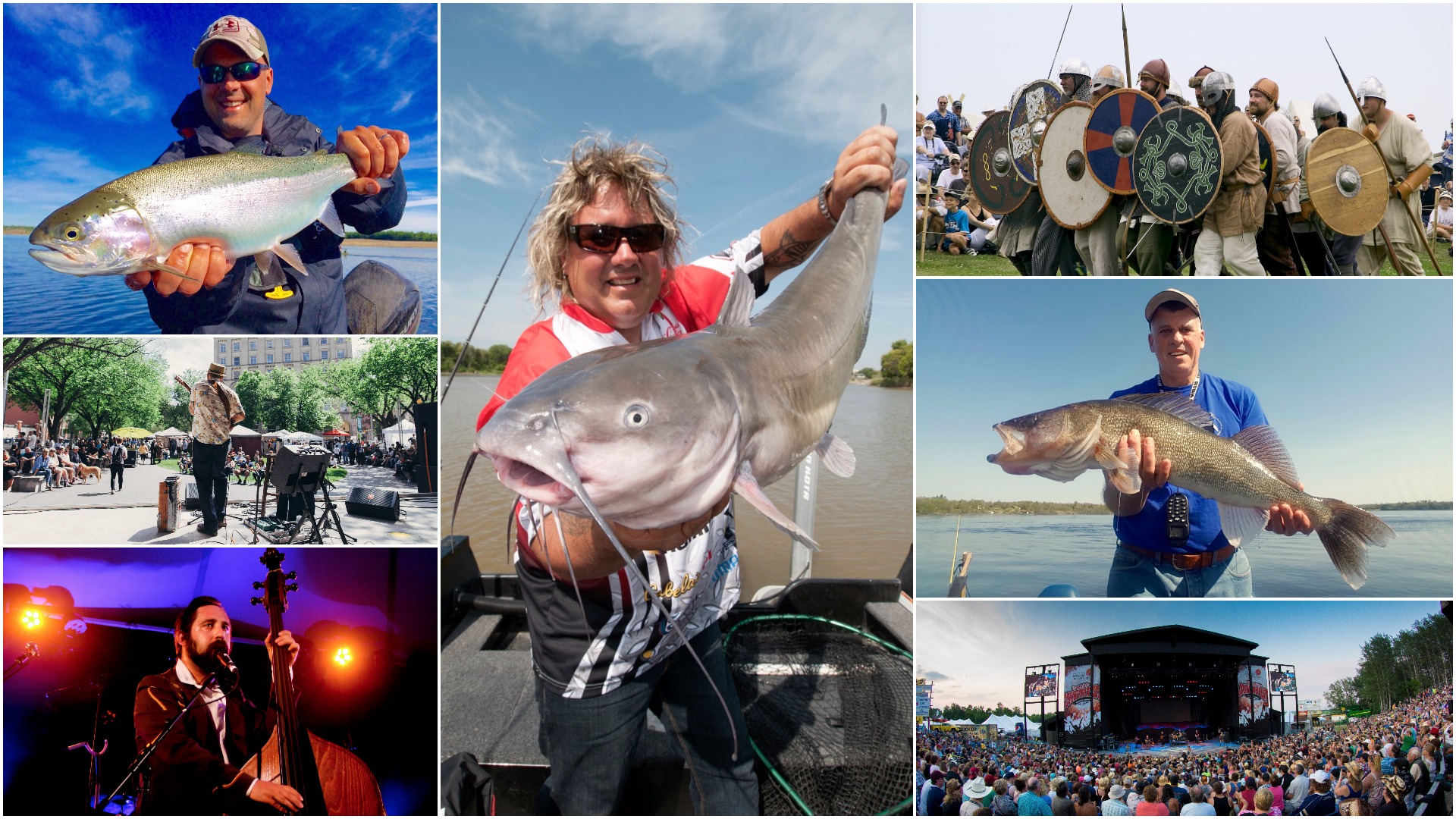 Manitoba is famous for its northern wilderness fishing, but less well known is the white-hot drive-to fishing in the Parkland region. Here toward the province’s western border, several decades of conservation work has created a true trophy trout fishery in dozens of small lakes. Only electric motors or paddlers are allowed on most of the waters, reducing fishing pressure and keeping them clean and quiet. The crown jewel is Patterson Lake, which has abundant browns and rainbows (above), including many fish approaching an amazing 30 inches. Along with browns and ’bows, other lakes also boast brookies, splake and epic-sized tiger trout. Time your visit for the Canada Day weekend so you can also take in Canada’s longest-running country music festival in nearby Dauphin. Every year, Dauphin’s Countryfest (below) hosts A-list acts, including Keith Urban and Luke Bryan for 2017. It’s a not-for-profit event created by the local community—not unlike the Parkland’s great trout fishing.

Just 30 minutes from Winnipeg, you can fight some of the strongest fish in Canada—the huge channel catfish of the Red River (above). Every season, the stretch of water north of the Lockport Dam produces hundreds of kitties in the 30-inch-plus range, with many over 40 inches. And until you’ve laid into one of these leviathans, you won’t believe the way they pull and pull and never give up. After wrestling whiskered giants in the muddy Red, you’ll be ready for a 180-degree turn to hit Winnipeg’s historical and funky Exchange District (below). Here, massive stone-and-brick heritage buildings sitting on narrow angled streets and cobblestoned paths have been restored and now serve as home to bistros, cafés, boutiques, art galleries, museums and more. And there’s almost always a live performance of some kind—usually free—going on in the Exchange’s central Old Market Square during the summer.

Many festivals claim to be unique, but there’s nothing in Canada—or the world, for that matter—quite like Gimli, Manitoba’s annual Islendingadagurinn, also known as the Icelandic Festival of Manitoba (above). This August’s festival will mark the rural municipality’s 128th annual celebration of its Icelandic founders, and it’s shaping up to be quite the veisla (party). A family-oriented celebration complete with a Viking village and mock battles, the festival will also feature Icelandic food, music and the chance to become an honorary Icelander. And given Gimli (population 2,000) lies on the western shore of Lake Winnipeg, it’s also a great time to experience the vast lake’s renowned walleye fishery. Here, 10-pound greenbacks barely cause a raised eyebrow, while epic fish in the 12- to 15-pound range are not uncommon. There’s also a fantastic jumbo perch bite, along with good whitefish and pike opportunities. No wonder the Norsemen stayed.

As eastern Manitoba’s Winnipeg River winds through 200-plus kilometres of Canadian Shield wilderness before reaching Lake Winnipeg, it takes on many different personalities. In some places, it rushes through narrows; in others, it opens up into innumerable lakes and backwaters. Not surprisingly, almost every species of fish found in Manitoba calls some part of the river home. Expect to find mooneye, big bass, bigger pike, lake sturgeon and walleye (above) by the ton. A popular jumping off point to explore the Winnipeg is beautiful Lac du Bonnet (population 1,069), which is also home to the August long weekend’s Fire & Water Music Festival (below). The province’s fastest-growing summer shindig, this family-friendly gathering offers three concert stages featuring mainly Manitoban talent, playing everything from roots to country to metal. There’s also a fine-art show, artist workshops, children’s programs and plenty of camping spaces, making it a perfect pitstop on your fishing adventure.