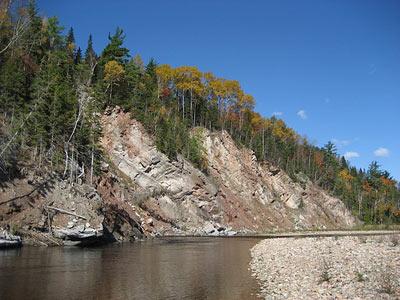 The Margaree River on the west coast of Cape Breton Island ranks among the country’s best salmon waters, and while the Atlantics can be elusive, virtually all of them are big. Really big. The Margaree is also fully public water, meaning it’s one of the last places you can chase giant Atlantics for free. The numbers of large fish peak in October, when fly anglers heave big flies on sinking lines, then hold on for dear life.

In 2008, Atlantic salmon; The potential of catching a 35-pound leaper

When to fish: October’s fall run.

Where to fish: Check with locals to find out which pools are hot.

—Kathryn Maroun, host of What a Catch!