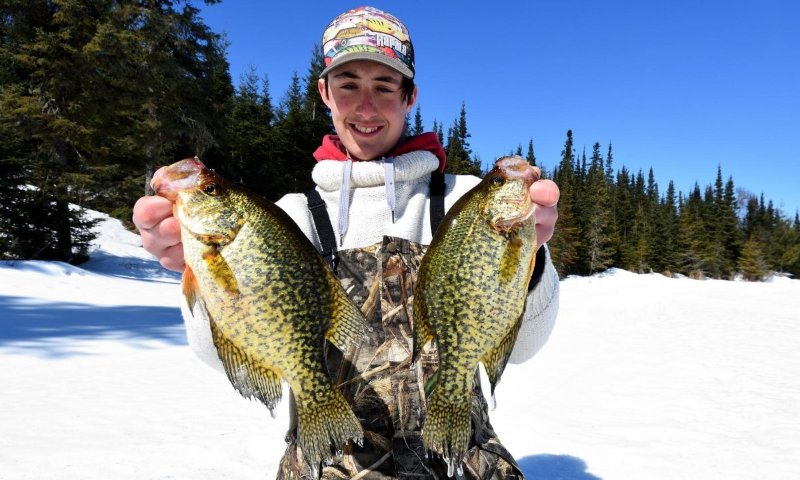 Mind the gap – the secret to catching crappies

What does London's iconic underground have in common with winter crappie fishing? You may be surprised.

Okay, let have some fun with this week’s blog. Tell me, how is ice fishing for black crappies, one of the most popular winter species, akin to riding the Underground in London, England?

The answer is that you have to “mind the gap.”

If you’ve ever used the iconic English subway system, you know that as the doors on the cars open up and riders rush in, you hear a delightful English voice come over the intercom reminding you to be careful when you step across the small opening—the gap—between the platform and the subway car.

I was reminded of this last Thursday when I was black crappie fishing on one of my favourite lakes in Northwestern Ontario’s Sunset Country. As a matter of fact, at one point, I was certain I heard the English lady imploring me to “mind the gap” when I dropped my lure down the hole in the ice. And she was bang on correct.

With my Humminbird Ice 55 unit zoomed in so that I was focusing on the bottom 10 feet, I could easily see the crappies swimming six inches to a foot off the bottom. But here is the interesting thing, and I’ve seen it happen so many times before:  If I dropped my lure—a tiny, one-inch-long, wrinkled gold, W10 Williams Wabler spoon  with a minnow head covering the treblehook—right down to the fish, it would spook them and they would scoot away. In order to attract and then trigger the crappies, I had to dangle the lure above them and force them to swim up to grab it. But, again, as I’ve seen so many times before, you had to find the sweet spot, the absolutely perfect distance.  If you stopped and jiggled the lure too far above them, they would freeze and look at it, but they wouldn’t swim up to bite. You had to mind the gap. And when you did, it was like holding a magnet a few inches away from a pile of lead filings. The crappies shot up effortlessly, opened their mouths and inhaled the lure.