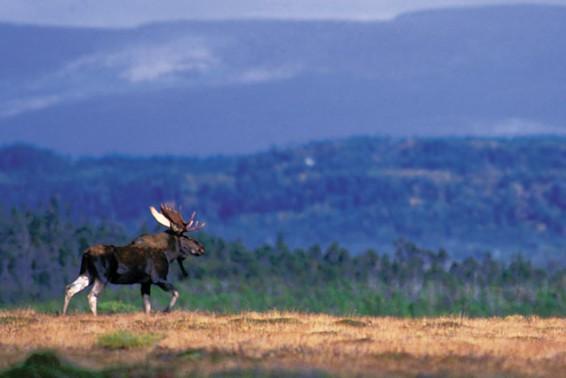 The story of Newfoundland’s moose is inspiring. In 1904, just two pairs of the giant deer were introduced; today, the Rock boasts one of the highest moose densities in the world. From that inauspicious debut, the herd has grown to more than 120,000 animals, thanks largely to the island’s prime habitat: plenty of cover in low-lying valleys, abundant food and no natural predators.

The best areas are the Northern Peninsula and the central and western moose management areas, where it’s difficult to imagine surpassing the 90 per cent success rates. Typical bulls average in the 35- to 45-inch class, but with some patience and a little luck, a 50- inch bull is possible. October is the peak of the rut for these moose, and with the bulls on the move, it’s not unusual for hunters to see more than 10 potential trophies over the course of a hunt.

Calling can be very effective during the rut, but stay alert—these 1,000-pound animals can sneak up as quietly as a mouse through the thick cover. If calling isn’t producing bulls, an almost sure bet is to cover ground and use a spot-and-stalk approach. Note that bowhunters and other primitive-weapon hunters often enjoy outstanding success.

Make sure you bring good raingear and properly fitting rubber boots, as it can often get wet when hunting in Newfoundland. Appropriate calibres include the .270 and up.