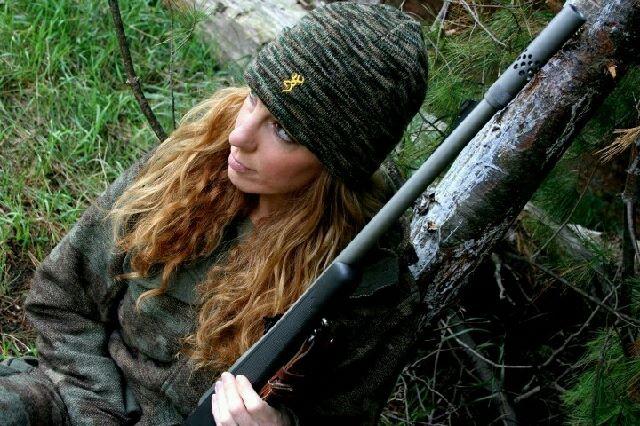 New opportunities for women who want to hunt

It’s no secret that the outdoors world can be an old boy’s club at times, and at least one female hunter is working hard to change that. To inspire more women to get into hunting, longtime hunter, shooter and outdoor media personality Amanda Lynn Mayhew (pictured, at left) has recently started two new initiatives: Women of the Outdoors and Targeting the Huntress.

The former is a series of hands-on instructional workshops designed to give women the chance to get acquainted with firearms and archery equipment in a safe setting. While they’ve primarily been held at the Elmira Rod and Gun Club, this year, events have also taken place at the Guelph Rod and Gun Club. And Mayhew says that she would host the event at any club that wanted to have it.

“The program was created due to the volume of messages I would receive from girls who wanted to start shooting but didn’t know where to go,” she says. “I’ve taken friends out to the range now and then in the past 15 years, but as I became more popular in the outdoors world, the questions became more frequent.” Therefore, she decided to make the hunting introduction sessions more official, and open them up to the public.

Meanwhile, Targeting the Huntress is a panel discussion that takes place at the Toronto Sportmen’s Show every year, showcasing the experiences of female hunters. The goal is to “encourage, empower and educate women about hunting.”

With both programs, Mayhew says she wants to inspire others to join in, and help to preserve and maintain the longstanding tradition of hunting in Canada. She is also planning another project, the Ontario Women’s Hunting Association, to provide an avenue for women to gain more experience with hunting gear and to connect with mentors. “After their licensing, women can come to us and utilize our group for guided hunts to learn what to look for, how to dress, prepare, etc.,” she says.

While the Women of the Outdoors event this Sunday at the Elmira Rod and Gun Club is sold out, stay tuned for future editions. Check the Facebook page for more information.