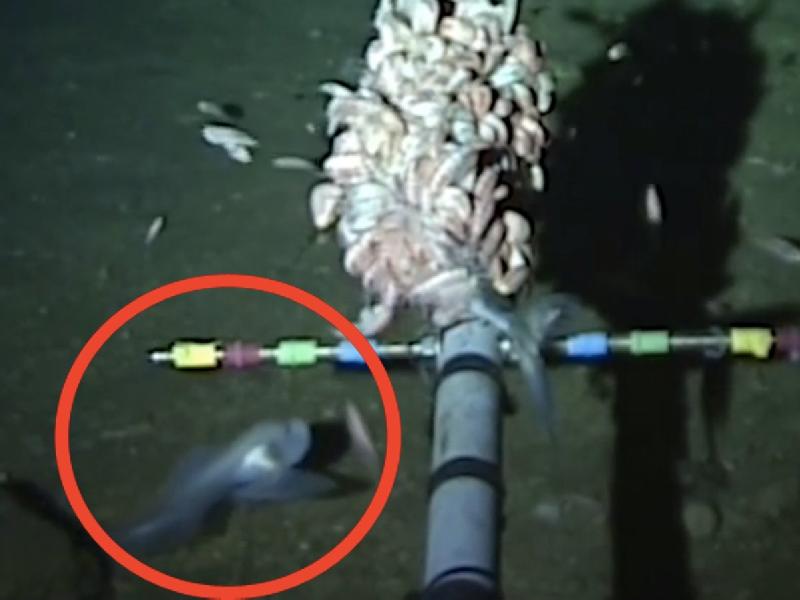 New fish looks a little like a transparent tadpole

A new species of fish has been found in the deepest part of the ocean. During a 30-day expedition to the Mariana Trench in the western Pacific Ocean, an un-manned sub filmed the fish at a depth of 26,722 feet, beating the previous record by 500 feet. It’s believed to be a snailfish, but scientists can’t confirm without a sample.

“We think it is a snailfish, but it’s so weird-looking; it’s up in the air in terms of what it is,” the University of Aberdeen’s Alan Jamieson told BBC News. “It is unbelievably fragile, and when it swims, it looks like it has wet tissue paper floating behind it. And it has a weird snout – it looks like a cartoon dog snout.” Up to this point, the deepest fish ever found had been a gelatinous snailfish found in the Japan Trench, also in the Pacific Ocean.

Oceanlab, University of AberdeenEntering the screen from the bottom left in the video below, the freaky fish didn’t stick around long enough to be caught. At any rate, since it lives nearly five miles down, just think of the size of reel you’d need to let out that much line!