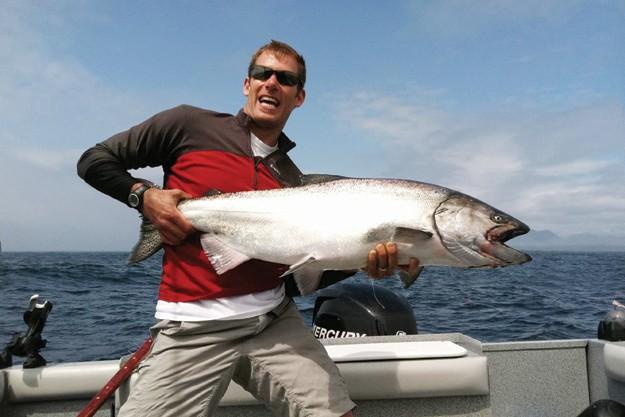 Why: The chance to spot various wildlife; numbers of big rainbows.

When: June, July, September and October are prime.

Where: Douglas Lake Ranch, which has more than 12 low-traffic lakes to choose from; Minnie and Stoney Lakes have 10-pound-plus fish.

Why: Monster white sturgeon and a peaceful setting.

When: Peak fishing in August, September and October.

Where: Above the Mission Bridge up to Chilliwack.

How: Anchor in the river, cast out and wait. Typical baits include roe bags, eulachon, ditch eels or salmon flesh, depending on the time of year.

Why: Remote, rugged area with the chance for the elusive 50-pound-plus chinook salmon.

When: June, July and August.

Where: Fish structure, close to rocks and kelp beds.

How: Power mooch with a weighted rod, cutplug herring and four- to eight-ounce weights; let out eight to 20 pulls of line.

Why: The chance to spend time in the rugged Coast Mountains; good chance of landing a 20-pound steelhead.

Where: Along with the Kitimat, there are other productive rivers in the area around Terrace.

How: Centre pin or fly fishing.

When: You can fish this river year-round for various species, but May to August is best for enormous bull trout.

Where: There are many runs all along the river; just start walking.

How: Catch-and-release fly fishing with a 5- to 8-weight rod.

Why: Good steelhead returns, with a good chance for multiple hook-ups.

Where: Port Alberni is a good departure point.

Why: Breathtaking scenery and much wildlife; abundant halibut and rockfish; excellent salmon fishing.

When: From May to the end of August.

Where: Early in the season, the salmon are deep in the water column, but during summer, they tend to travel shallower.

How: Fishing with downriggers is best; early in the season, it’s not unusual to also catch halibut while salmon fishing. Otherwise, target halibut (and rockfish) by drifting and jigging off the bottom.

Why: Numbers and sizes of rainbow and brown trout.

When: All year, but summer and fall are typically best.

Where: Drift the river south from Calgary’s city limits.