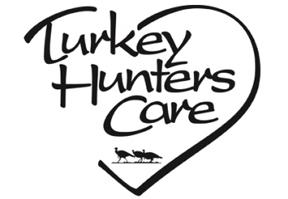 NWT’s Aylmer Lake Lodge is back in business

Back in January, Kevin McNeil of Alberta’s Blue Sky Outfitters reached out to me, asking if I’d be interested in visiting his new sportfishing operation in the Northwest Territories this July. After Kevin gave me the lowdown on Aylmer Lake Lodge, which he had just purchased, I immediately signed on. I mean, how could I say no?

Consider: This summer will be the lodge’s first season of operation in five years. That’s right, the lodge has been closed for five years, meaning Aylmer Lake and environs have been unfished for the same amount of time. And even before it closed, the lodge was only opened for eight years, mainly as a caribou hunting camp. In short, the waters up there have never seen much pressure from sport anglers, and there’s never been commercial or First Nations’ sustenance fisheries. And get this: Aylmer’s exclusive allocation covers some 1,700 square miles, encompassing 12 river systems and more than 100 lakes. These are truly wild lakes and rivers. My kind of water.

Best of all, my 15-year-old son, Riley, will be joining me. He’s been wanting to go on a northern fly-in for years now, and Aylmer Lake should make for a perfect first outing. No doubt, there will be plenty of trophy lake trout and Arctic grayling happy to take whatever we throw at them. Aylmer is north of the treeline up on the Arctic tundra, so this will be a real eye-opener for Riley. I will be blogging about our five-day adventure, as well as preparing a longer feature for Outdoor Canada’s Fishing 2014 edition.

In the meantime, Kevin has been working hard to get the word out that Aylmer Lake Lodge is back in business, reaching out through social media, a brand new website and an electronic newsletter. Here are the various ways you can connect with him and find out more.