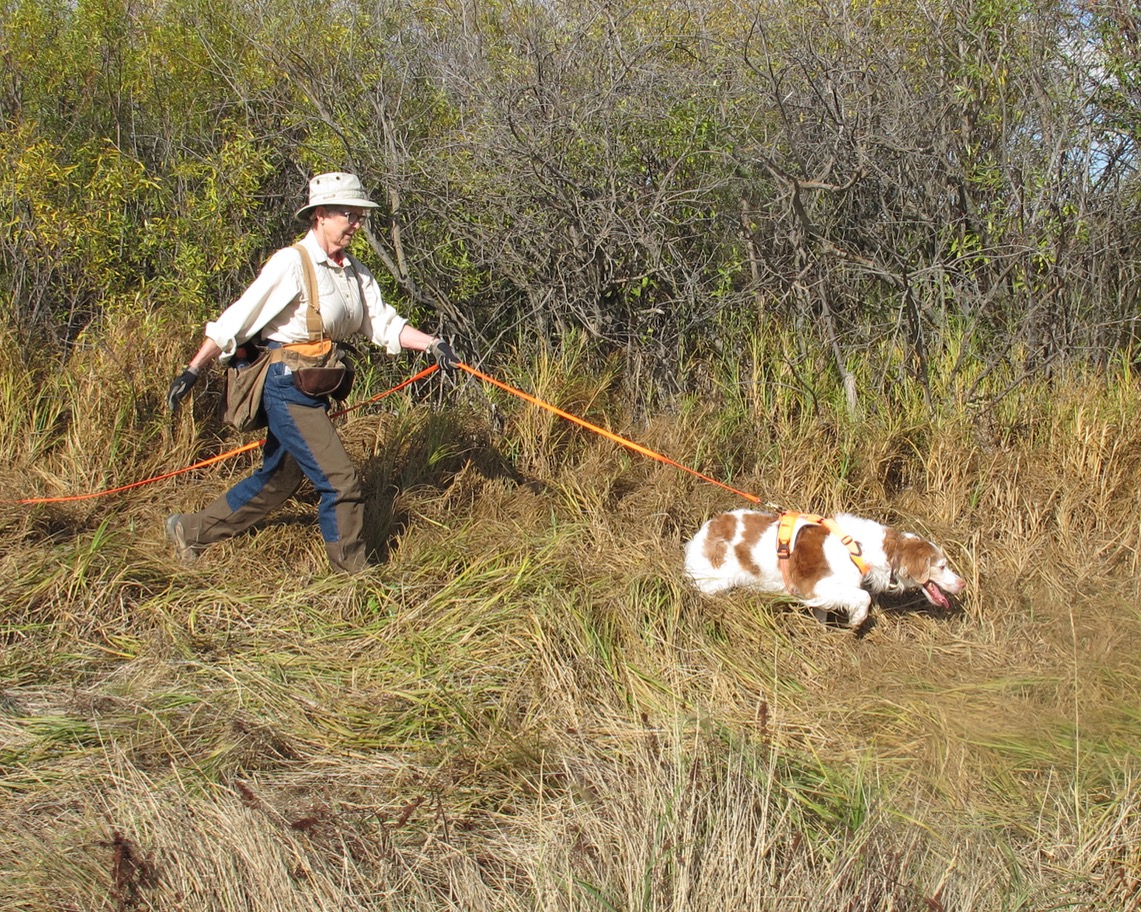 Opinion: Tracking dogs should be allowed to help recover game

It started like any other spring morning in rural Saskatchewan—up and at ’em to get a good start on the day. Then the phone rang. On the way to work, my husband saw a mule deer cross the road and make its way into the grove around our neighbour’s farmyard. It was badly injured, moving slowly and dragging one hind leg. It clearly needed to be humanely dispatched.

I left a message with the provincial Ministry of Environment, and promptly got a call back from conservation officer Bruce McLarty from the Humboldt field office. He soon arrived at our neighbour’s grove, but was unable to find any sign of the injured deer. If we were able to locate the deer ourselves, he said, we could shoot it to end its suffering.

Since it’s illegal in Saskatchewan to use tracking dogs to recover game, I asked the officer if it would be okay in this case to use one of my trained blood tracking dogs. I told him the dog would be tethered to a harness and under my control at all times, and that I would be unarmed. He agreed, and asked me to give him an update later in the day.

When I looked through the area, I found a lot of deer tracks, but no marks from a dragging leg, and no blood sign. It was time for expert backup, so I put Willow, my 10-year-old Brittany, into her tracking harness. A seasoned bird dog, she has practised tracking blood trails many times, but now it was the real thing.

I knew where the deer had crossed the road, so we began where the scent trail led into the grove. Willow immediately put her head down and began tracking in earnest, working her way between the rows of trees. There was good ground moisture and scraps of snow, so the scenting conditions were in our favour. About 50 metres along, however, the invisible highway of scent petered out.

We took a short break, then began searching outside the perimeter of the grove to make sure the deer hadn’t left. Willow soon picked up the deer’s scent on the air and went back working the track, then suddenly stopped as the doe slowly stood up out of some long grass between a seed drill and cultivator. No wonder both the CO and I couldn’t find her.

Willow and I slowly backed out of the area and watched as the doe moved a short distance to a small clump of brush. A few minutes later, my son arrived and killed her with a safe shot. Examining the dead deer, we could see she had a closed fracture of the left femur. Her thigh was filled with a huge hematoma, and she had a couple of fresh abrasions that had not scabbed over. Hit by car? Caught in a fence? We couldn’t tell.

Like many deer last winter, the doe became food for coyotes, but at least she met a quick and humane end before they found her. Later that day, it felt good to let the CO know how we had been able to find the doe, and that she was no longer suffering. It took a team to make this happen: the CO, my husband, our son, me and, of course, the little dog who worked out the puzzle.

While Saskatchewan currently does not allow the use of leashed tracking dogs to recover wounded big-game animals during hunting season, that’s not the case in many other jurisdictions, including B.C., Ontario, Quebec and Nova Scotia, as well as 37 States. Based on our experience with the injured doe, the practice should also be allowed in our province, as well as in neighbouring Alberta and Manitoba. And as we demonstrated, it’s possible to train both dogs and handlers for the task. Indeed, almost any dog from any breed can be taught to follow a blood trail.

Changing the regulations to allow leashed and supervised dogs to track wounded big game would no doubt lead to the recovery of many animals that otherwise would have been lost and gone to waste. Such a change would also ensure the most humane harvest possible. How can you argue with that?