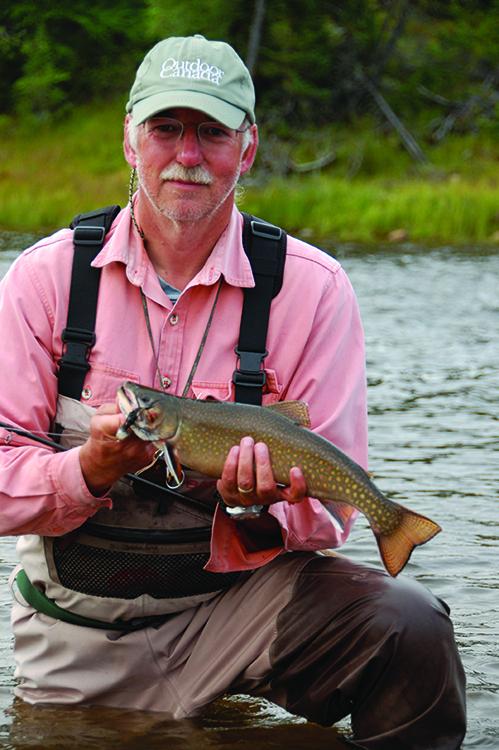 Honouring the memory of famed outdoor writer Pete McGillen, the award is presented annually, when warranted, to a member of the Outdoor Writers of Canada who best reflects the aims and objectives of the organization. Huge congratulations, Ken!

In a bit of a role reversal, Ken also earned the first-place prize for Magazine Feature Fishing with his piece “Put an outrageous outdoor claim to the test.” The article, which appeared in our Summer 2013 issue, recounts Ken’s adventure on northern Ontario’s Sutton River, putting to the test the claim that it’s the world’s best brook trout river. (Ken also took the third-place honour in the same category for his story “Spin city” in the Alberta Fishing Guide.

As for second place in the Magazine Feature Fishing category, that honour went to our fishing editor, Gord Pyzer, for his article “Trade secrets.” A look at the hottest fish-catching tactics the top pros never wanted you to know, the feature appeared in our Fishing 2013 issue. Gord also took home second-place honours in the Magazine Column category with “Made in Canada,” which also appeared in Fishing 2013.  The column provided an insightful overview of the many impressive new baits developed and made right here in Canada.

Back to Ken Bailey. In keeping with his title at Outdoor Canada, he also won first place in the Magazine Feature Hunting category. That was for the Hunting 2013 issue’s “King cans,” an article about gunning for canvasback ducks. And second place in the same category went to Field Editor Alan Davy for his article “On target,” which appeared in our Spring 2013 issue. The piece provided a comprehensive look at sighting-in and patterning shotguns for turkey season. Incidentally, that same article earned an honourable mention at the June 6 National Magazine Awards, in the How-to category.

I should note that both Ken and Gord received a number of other awards for several other media outlets, as did regular Outdoor Canada contributors Brad Fenson, Gord Nuttall, Duane Radford and T.J. Schwanky. Take a bow, everyone, and congratulations! You do us proud.

Here’s a complete list of this year’s National Communications Awards winners, courtesy of the Outdoor Writers of Canada.

DELTA WATERFOWL -THE FUTURE OF HUNTING IN CANADA AWARD