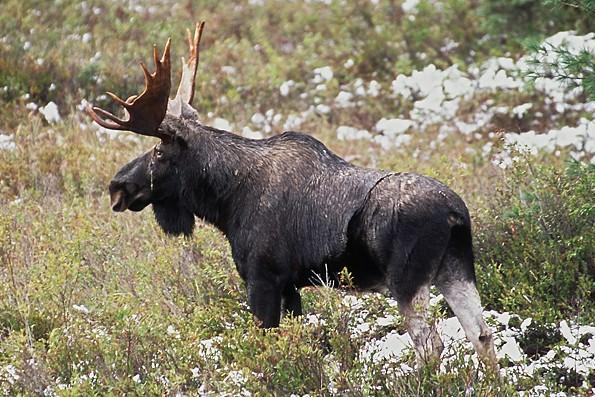 Too many moose are on the loose in Newfoundland, and wildlife official say they are destroying forests and habitat for other species.

“More and more you can see areas—not just small forest stands or individual, small clumps of trees, but huge landscapes—that are starting to be essentially denuded of mature forest,” said Peter Deering, a conservation manager at Gros Morne. “Bird communities will change. Small mammal communities will change. Even species of other shrubs and forest plants that grow on the forest floor will change,” he said.

Parks Canada will work with the provincial government to allow licensed hunters to carry out the cull during the annual moose hunting season. How many animals will be killed is not yet known, but Deering estimates the cull will go on for a while.

Between 150,000 and 200,000 moose have been estimated to roam the woods and bogs of Newfoundland. Moose were introduced to the province in the early 20th century, and their numbers have increased spectacularly, since they lack a primary predator, there are no common moose diseases on the island, and the boreal forest provides an ideal habitat.

The moose population has become a contentious issue in Newfoundland, with the animals posing a significant hazard on the province’s roads. There are over 700 vehicle crashes in Newfoundland every year involving moose, and many motorists have been killed or seriously injured. The province even runs a Moose-Vehicle awareness campaign. In January, a group of moose crash victims filed a class action lawsuit against the province, alleging that the moose population has been mismanaged.