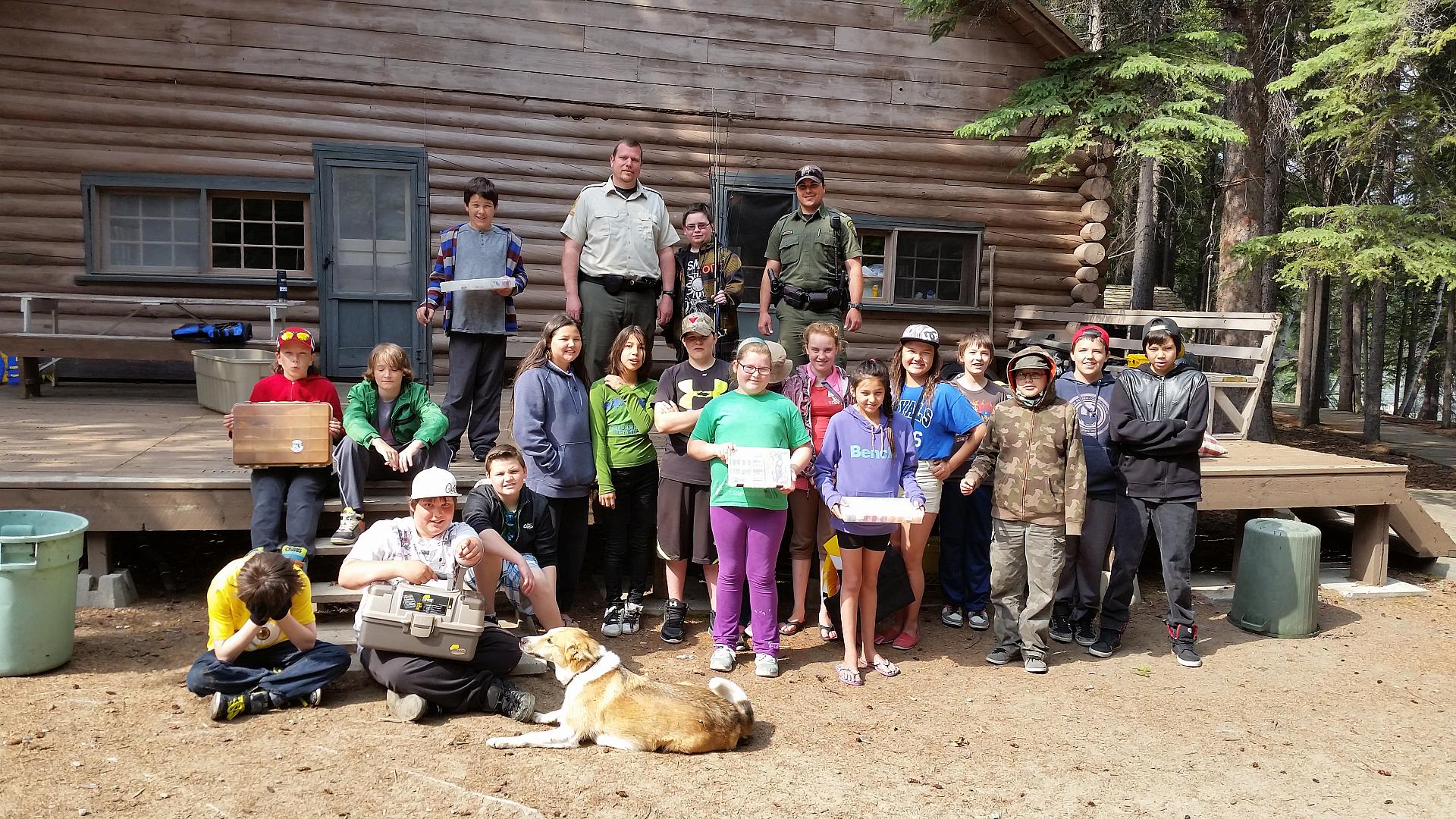 There is old axiom that says if you want something done well, give it to a busy person. Elliott Hrychuk, Dan Goulet and Craig Ferris are busy people.

Elliott is a Natural Resource Officer with Manitoba Conservation and Water Stewardship working out of the Flin Flon office, Dan is the highly successful agency owner of SPI International Transportation in Winnipeg, while Craig, in his spare time, is the President of the Walleye Anglers Association of Manitoba (WAAM), probably the largest and most passionate club of its kind in the country.

Dan and Craig contacted me last winter about speaking at one of WAMM’s monthly meetings in the spring, at precisely the same time that Elliott sent me an email asking for help.

For over 35 years the Camp Whitney Committee and the City of Flin Flon have organized a special outdoor recreation program that allows every Grade 6 and Grade 8 student at the city’s two elementary schools (Ruth Betts and McIsaac) to enjoy several days at Camp Whitney, located on nearby world renown Lake Athapapuskow.

The boat access only camp is owned and operated by the City of Flin Flon and accommodates up to 78 students and support staff.

“While the kids are at camp,” Elliott says, “they’re organized into groups and rotated through a number of outdoor activities.  Fishing is obviously a highlight, while the others include outdoor cooking, geo-caching, outdoor crafts, sports and a lumberjack competition.

“For the fishing part of the program, each child is provided with the necessary fishing gear, bait and adult supervision.  They’re taken by boat to nearby Pickerel Bay, about five minutes away from camp, where they’re instructed in safe fishing methods while they catch walleyes, northern pike and yellow perch.”

So, what is the problem, you ask?

“The equipment the kids have been using was really showing its age,” says Elliott.  “You can imagine how well used it was having been rotated through so many small hands.  That is why I originally contacted you to see if you could help get some new rods, reels and tackle.”

Which brings us back to the WAMM invitation I received in the spring.  When Dan and Craig asked me how much I’d charge to put on the seminar my response was an easy one.

No charge, I told them, but there is a catch.  I asked them to solicit their membership and ask for donations of “gently used” rods, reels and tackle for the Camp Whitney fishing program.

Craig, Dan and the WAMM members went over the top.  Indeed, from that point on all I had to do was to stand back and not get in the way.

Close to three dozen rods and reels were collected (including several high end models) along with two giant tackle boxes loaded with goodies.

Dan and his amazing wife, Lorraine-Enns Goulet even stripped the old line off every reel and spooled on fresh stuff.  Then Dan and Craig hopped into their truck and drove three hours west to Brandon and delivered the tackle to Elliott to take north. 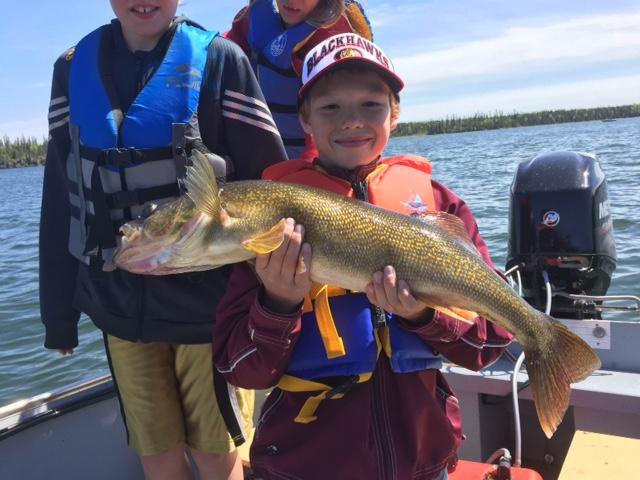 I’ll give the last words to Elliott, who sent Dan, Craig and me the following message the other day.

“Hi guys – here are some pictures of some of the kids with some of the fish they caught using the donated gear.  They landed three walleye over 28-inches, as well as several nice sized pike. The biggest walleye was 30.5-inches long and weighed over ten pounds.  I think you are going to have to take these kids to your walleye tournaments!

“What you guys did was awesome.  I still can’t believe the amount of gear that was donated.”

Kudos to Elliott Hrychuk, Dan and Lorraine-Enns Goulet, Craig Ferris and the membership of the Walleye Anglers Association of Manitoba.