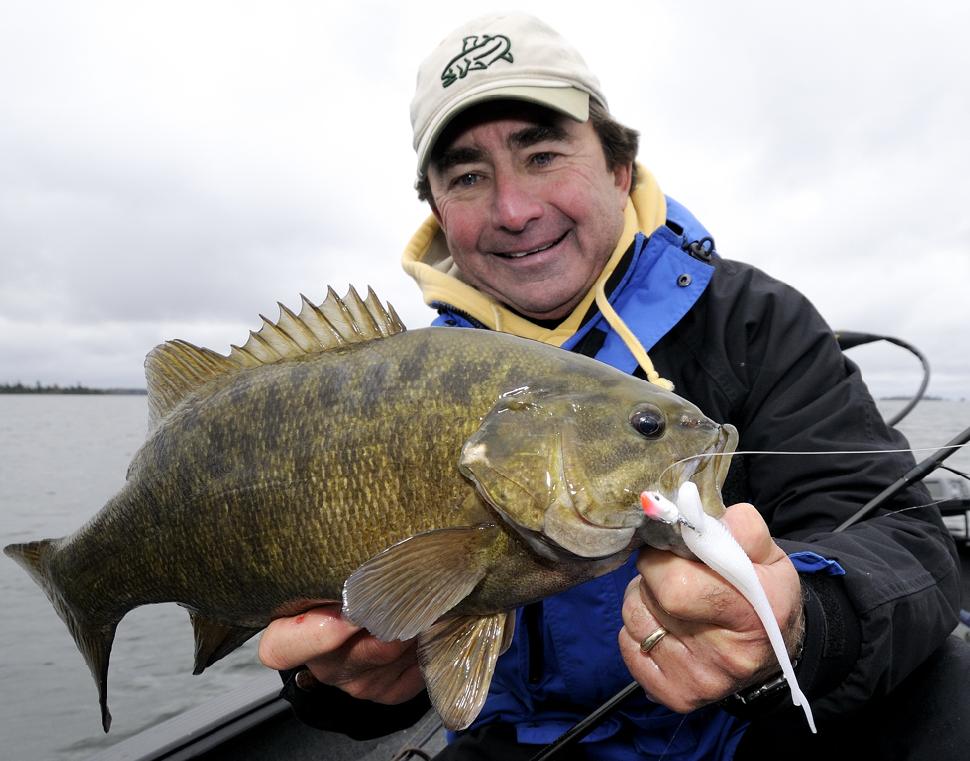 I am always amused when I hear someone mention the fact that bass have brains the size of the pea.  As though that somehow suggests we should have no trouble understanding their habits, tracking them down and catching them.

I mention it today, on the cusp of the fall equinox, for a very specific reason.  And that is that if you’re fishing for smallmouth bass, the pea-brained fish might throw you a curve.  Especially, when you understand that northern range smallmouth have spring, summer, fall and winter home ranges out of which they rarely wander, and to which they return, year after year, generation after generation.  And as often as not, these seasonal home territories are in totally different parts of the lake.

Much of what we know today about the habits of smallmouth bass is courtesy of good friend and former OMNR colleague Dr. Mark Ridgway, who for years has headed up the Harness Fisheries Research Laboratory in Algonquin Provincial Park.

Mark’s state-of-the-art research shows quite clearly that late summer triggers the fish to shift to fall locations.  More specifically, their summer home range expands like a balloon and then bursts.  And it’s no coincidence that this collapse coincides with the crayfish moult.

“If you set out a minnow trap at this time of the year,” Ridgway explains, “when the crayfish are moulting, it is impossible to catch any.  They burrow into the mud and rocks and hide.”

By the way, in our Canadian lakes and rivers that Ridgway has studied so intensively, the crayfish moult typically occurs in mid- to late-August.  And the trigger for the crawdads to shed their armour-like skeletons, he believes, is changing photoperiods.

With crayfish forage scarce and the bass’ stomachs starting to growl, shrinking light levels appear to trigger another movement, when the bass migrate to their fall and eventually winter locations.  It’s the critical period of the year when survival most hinges in the balance.

“The young-of-the-year stuff is well understood,” Ridgway says, reinforcing the message that if the smallmouth that hatched in the spring haven’t grown to at least the size of your little finger as they head into the frozen water period, they will perish during the winter.  “But I think the story is played over again for the adults.  They literally starve as well.  They do absolutely nothing over the winter.  That is why I think the fall period is so critical for them. It’s desperately important for them to binge feed prior to the winter starvation period.”

What isn’t a variable, Ridgway has discovered, is the timing.  His data shows that smallmouth move each year to their fall and eventually winter areas a week after the fall equinox.

In other words –  next week!

“We’ve been following temperature too much,” Ridgway says.  “We need to think about daylight as the cue.  Light levels split up the seasons and somehow communicate the drift we see in home ranges.  The summer home range isn’t always static.  It drifts as the season goes on.  In the July to August period, bass are using the range consistently everyday.  But the range moves and expands, swelling for the fish the same way, year in and year out.  They go back to their home range and use it the same way and it expands the same way from one year to the next.  Similarly, the shift from summer to fall sites occurs a few days after the equinox.  It is a real mystery.” 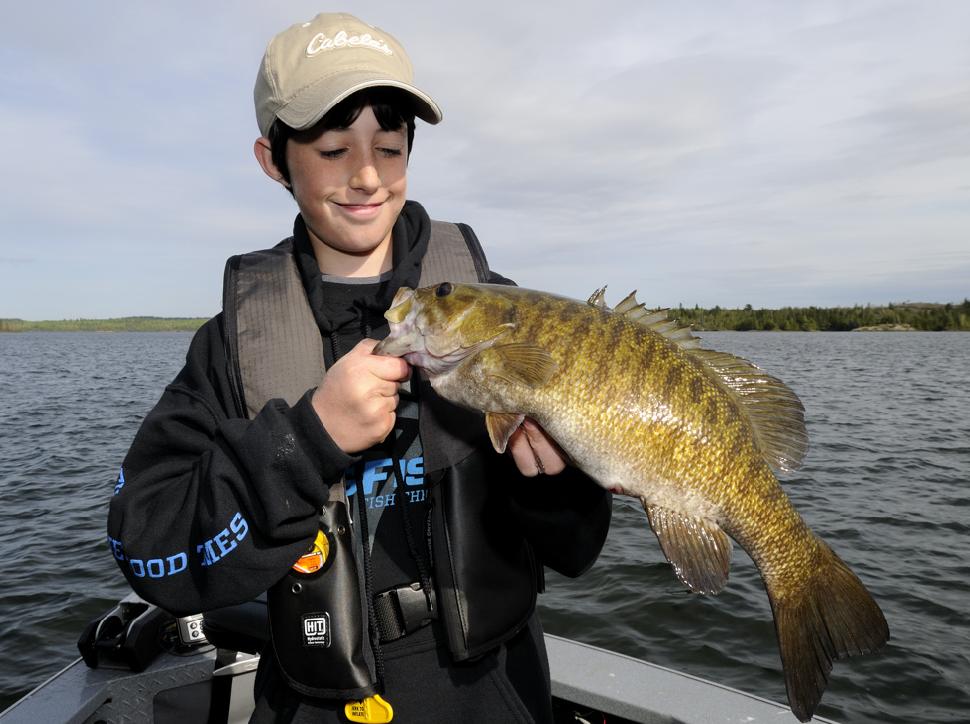 By the way, the preservation of the stocks on these traditional fall sites is a major concern for Ridgway.  Like summer home ranges, the bass faithfully flock to fall sites and reuse them, year after year.  But there is an unfortunate twist.  Fall locations are significantly fewer in number and much smaller in size than summer home ranges.  As a result, you can often find the entire adult smallmouth population of a lake … or major portion of a lake … crammed into very few locations.  Usually they’re main lake structural features … points, reefs, bars, saddles and shoals … that transition into the main lake basin.  But it’s not clear what makes these sites so special or attractive.

“We ran very sophisticated sonar over these fall locations,” Ridgway explains, “and we could not detect anything that would indicate ground water upwelling or any unusual aspects of the geology.  We simply cannot figure out why the bass keep going to these few sites … when there often are so many other identical looking areas.”

How many smallmouth will pack themselves into a fall and eventual winter location?  Thousands, says Ridgway.  “That is what makes them so extremely vulnerable.  And they’re always adult fish considerably above average size and weight for the lake.  You can go back to these spots day after day, season after season, and pull out large fish.  Too many anglers targeting these few strategic locations, catching limits of fish or moving them in tournaments can be extremely detrimental because you’re taking out – or moving – the reproductive population upon which the future bass population in the lake depends.”

Something to consider, when you think about those pea-brained bronzebacks this fall.